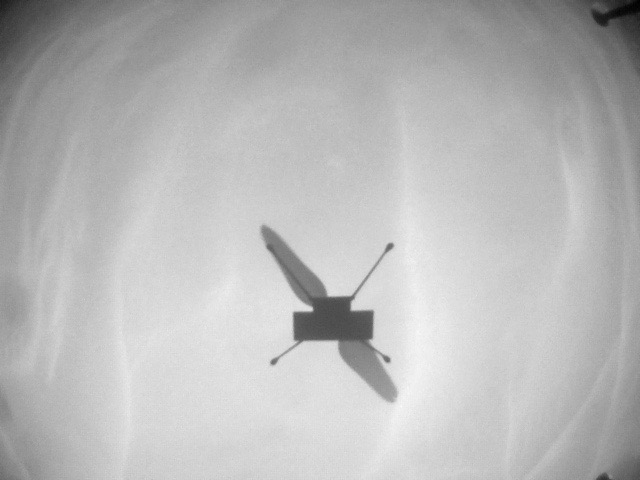 The 4-lb. (1.8 kilograms) Ingenuity landed last February with NASA’s Perseverance rover on the floor of the 28-mile-wide (45 kilometers) Jezero Crater, which hosted a big lake and a river delta billions of years ago.

Ingenuity’s main goal was to show that powered flight is possible in the thin air of Mars. The little chopper checked off that box over the course of five initial flights, then shifted into an extended mission during which it has been pushing its limits and serving as a scout for the life-hunting, sample-caching Perseverance.

The rotorcraft has performed extremely well, racking up an impressive set of off-Earth accomplishments. Ingenuity has now spent nearly 33 minutes aloft in the Martian air, for example, and visited 10 different Red Planet airfields.

That’s not to suggest that it has all been perfectly smooth sailing for the little chopper. For example, during its sixth flight, which took place on May 23, Ingenuity suffered a glitch that interrupted the flow of navigation images to its onboard computer.

And the communications link between Ingenuity and Perseverance was disrupted during the chopper’s descent on flight 17, which occurred on Dec. 5. This complication delayed the mission team’s assessment of the sortie, which was eventually determined to be a complete success. (All of the helicopter’s data and imagery reach Earth via Perseverance and Mars orbiters.)

Some people have speculated that the Dec. 5 communications dropout may be linked to log4j, a widely used programming code developed by the nonprofit Apache Software Foundation that was recently revealed to have a flaw that can leave it vulnerable to hackers. But this is not the case, JPL officials said, pointing instead to a much more prosaic cause.

“NASA’s Ingenuity helicopter does not run Apache or log4j, nor is it susceptible to the log4j vulnerability. NASA takes cybersecurity very seriously and, for this reason, we do not discuss specifics regarding the cybersecurity of agency assets,” JPL officials wrote in an update Thursday (Dec. 16).