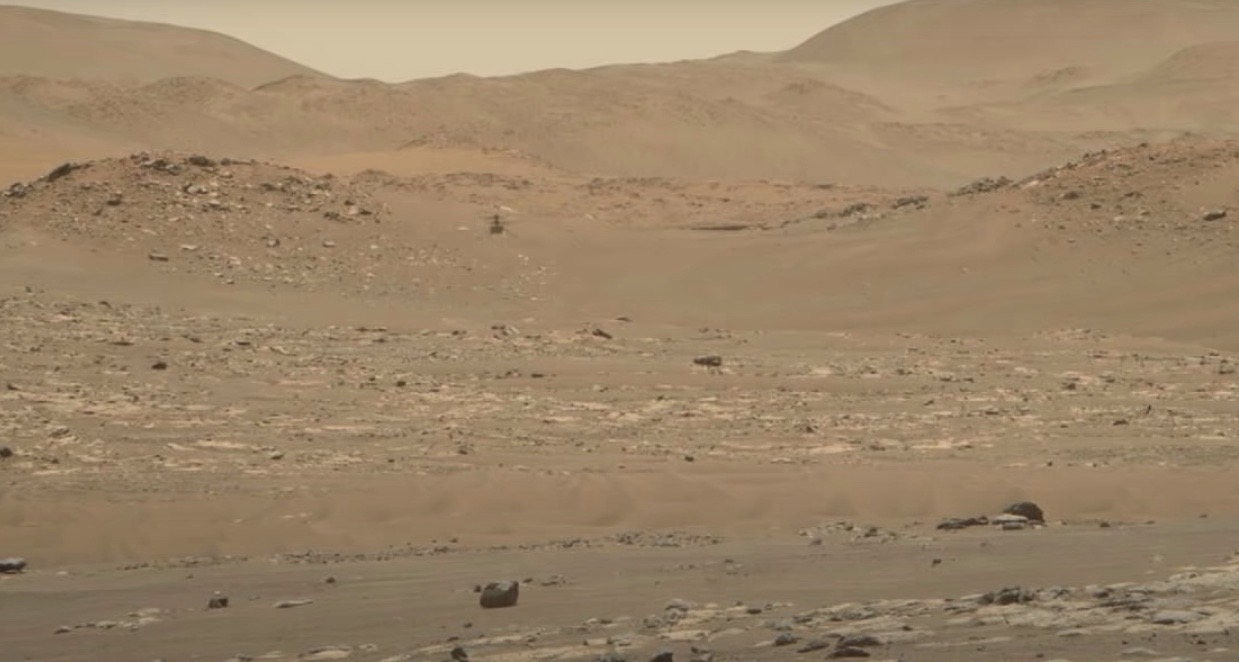 The Ingenuity helicopter’s Red Planet flight tally is up to 21.

In February 2021, Ingenuity landed with NASA’s Perseverance rover on the floor of Mars’ Jezero Crater, which hosted a lake and a river delta billions of years ago. The solar-powered helicopter initially embarked upon a five-flight demonstration mission designed to show that aerial exploration is feasible on Mars despite the planet’s thin atmosphere. (Mars’ air is just 1% as thick as that of Earth at sea level.)

Ingenuity aced those five flights, and NASA soon granted a mission extension. During this phase, the rotorcraft has been pushing the boundaries of Red Planet flight and serving as a scout for Perseverance, whose main tasks involve hunting for signs of Mars life and collecting dozens of samples for future return to Earth.

During their first year on Mars, Ingenuity and Perseverance explored areas to the south and southwest of their landing site. Both robots are now heading back toward their touchdown zone, on the way to an accessible part of the ancient river delta.

The Perseverance team is eager to start studying the delta up close, because deltas here on Earth are good at preserving carbon-containing organic chemicals and signs of life itself.