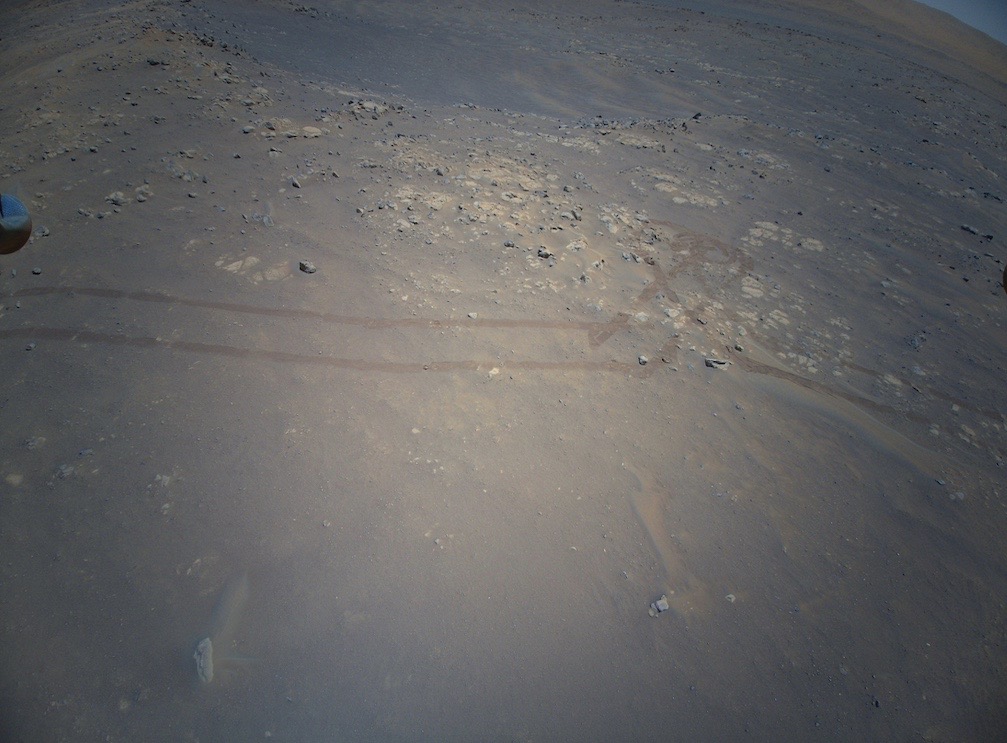 NASA’s Mars helicopter Ingenuity is poised to make its first flight of 2022.

The 4-pound (1.8 kilograms) Ingenuity’s next Red Planet sortie — its 19th overall — will take place as early as Friday (Jan. 7), mission team members said in a blog post on Tuesday (Jan. 4).

Ingenuity will cover 207 feet (63 meters) during the 100-second flight, which will take the little chopper out of a rugged basin known as South Séítah, over a ridge and onto a plateau.

“While short, the flight has a challenging start due to featureless sandy terrain that the helicopter currently sits on,” Martin Cacan, Ingenuity pilot at NASA’s Jet Propulsion Laboratory in Southern California, wrote in the blog post.

“Initially chosen for the lack of rocks to land safely, the area is actually so devoid of rock that warnings were reported during Flight 18 landing due to insufficient features to track in the vision navigation,” Cacan wrote. “As a result, fault protection parameters will be updated to mitigate the risk of a premature landing mid-ascent.”

Ingenuity landed on the floor of Mars’ Jezero Crater with NASA’s Perseverance rover on Feb. 18, 2021. The little rotorcraft soon aced five technology-demonstrating flights, showing that aerial exploration is possible on Mars despite the planet’s thin atmosphere. Ingenuity then moved into an extended mission during which team members are pushing its limits and scouting Jezero terrain for the life-hunting, sample-caching Perseverance.

Jezero harbored a big lake and a river delta billions of years ago. The Perseverance team is keen to check out the remnants of that delta, which could potentially preserve signs of Mars life, if any ever existed. And Ingenuity will help the rover make its way there, if all goes according to plan.

“The current mission goal is to reach the Jezero river delta to aid the Perseverance rover in path planning and scientific discovery,” Cacan wrote.

Ingenuity has conducted 18 flights on Mars to date, the first occurring on April 19 and the most recent on Dec. 15. During these sorties, the helicopter has stayed aloft for nearly 33 minutes in total and covered 2.37 miles (3.81 kilometers) of Red Planet ground.