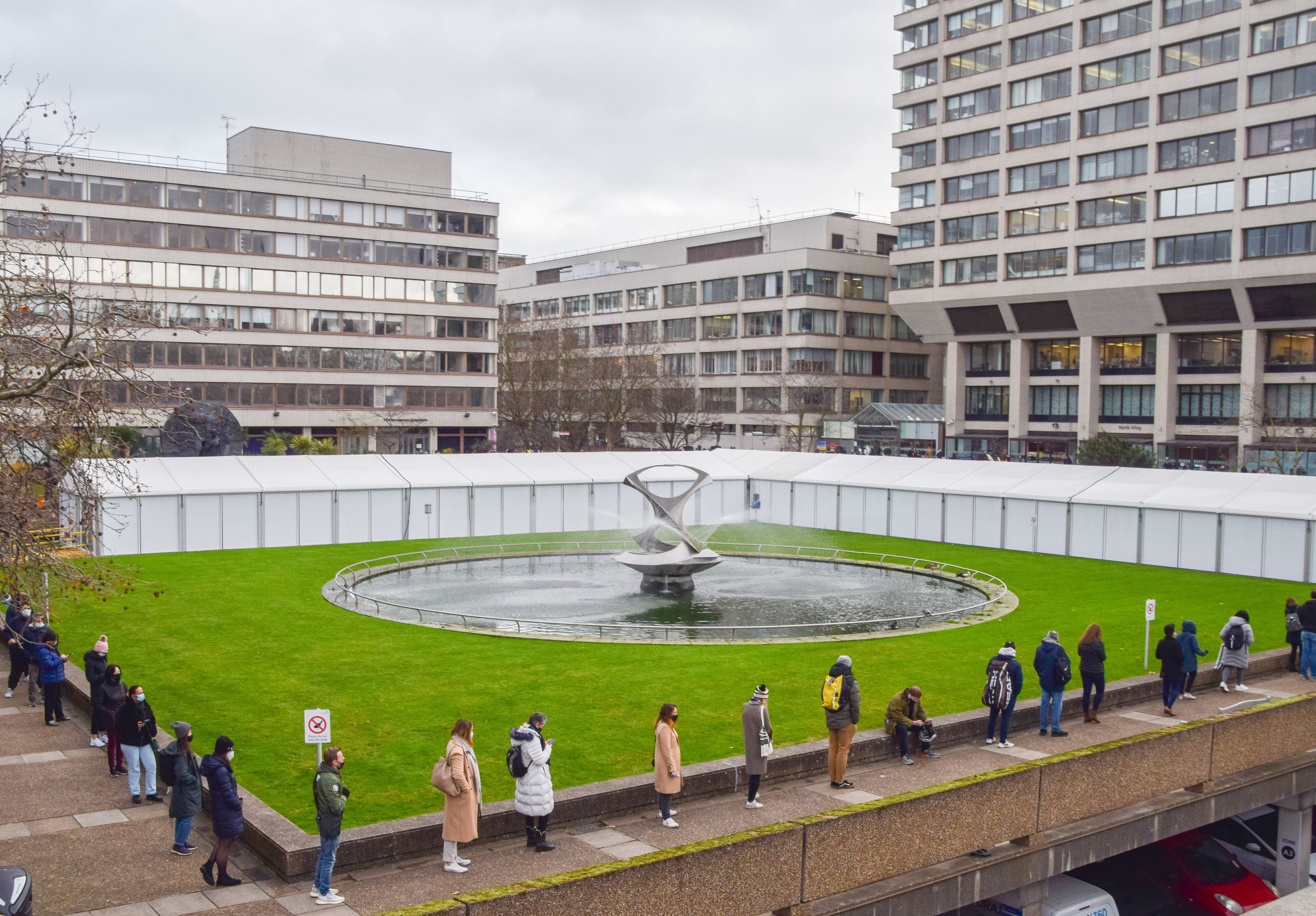 When news of the novel coronavirus’s Omicron variant first broke over the Thanksgiving holiday in the U.S., the sense of dread and fatigue was palpable. Just when the COVID pandemic’s outlook had started to improve, we were faced with a new arrival that was clearly more transmissible than previous variants—and likely able to significantly evade immunity conferred by vaccination or prior infection. But very preliminary data offered a shred of hope that Omicron may cause milder illness than previous variants.

It is still too soon to relax our guard, however. These early data are based largely on reports from South Africa—a country with a relatively young population and high level of prior infection—and on reports involving international travelers, who tend to be younger and healthier. Additionally, COVID hospitalizations and deaths usually lag infections by weeks. It remains to be seen whether observations of milder disease will hold up over time and in countries such as the U.K. and U.S., whose populations are older and may have less prior immunity from infection (but more immunity from vaccines).

If Omicron does cause less severe disease than previous variants, the sheer number of infections could still result in a similar or greater number of severe cases. “The transmissibility alone is such a big factor, just in terms of how quickly outbreaks can grow,” says Natalie Dean, a biostatistician at Emory University. “Even if just a small fraction of [Omicron cases] go on to severe disease,” that’s still a lot of cases, she notes. Such a fraction could lead to a large absolute number of hospitalizations and deaths—overwhelming health care systems already stretched to the breaking point.

The assumption that Omicron may be milder is based in part on a report from a hospital in South Africa, one of the countries where the variant was first identified. This report found that many of the people infected with Omicron were already in the hospital for other reasons, and their infection was detected incidentally. It also found that fewer COVID patients were admitted to intensive care and that a smaller percentage of them needed supplemental oxygen, compared with patients in previous waves. Furthermore, many of the earliest reported Omicron cases in Europe and the U.S. were mild to moderate.

Still, more than 195 people in the U.K. with a confirmed Omicron infection have been hospitalized, and at least 18 have died. (Experts say the true number of Omicron hospitalizations may be 10 times higher and that deaths may be higher as well.) And a recent report from the country found that Omicron cases did not lead to fewer hospitalizations than Delta.

It is too early to know if Omicron truly is milder or only appears so because it has largely been infecting people with some prior immunity. A preprint (not yet peer-reviewed) study by South African researchers found that people who had previously been infected with the novel coronavirus and developed a “breakthrough” case were nearly 2.4 times more likely to be reinfected in the recent Omicron wave, compared with the country’s first wave of COVID. Omicron also appears to be better at evading immune protection from vaccination. Another preprint study measured how well blood from people vaccinated with Pfizer’s shots was able to neutralize the virus and found that there was a large drop in antibody neutralization—meaning far more antibodies were needed to neutralize Omicron, compared with other strains. But the study indicated the virus was not completely able to break through immune defenses. People who were vaccinated and had previously been infected had good protection, and the researchers speculate that a booster shot would have a similar effect.

A preprint study in the U.K. found that having had two doses of the Pfizer vaccine was only around 35 percent effective at preventing symptomatic disease with Omicron and that two doses of the AstraZeneca vaccine provided basically no protection against symptoms. But for people who got either vaccine, a Pfizer booster shot bumped protection up to about 70 to 75 percent. The effectiveness of two doses of either vaccine at preventing severe disease is unknown, but they are likely to provide at least some protection.

“People who are vaccinated or who have had previous infections, even if they get infected, and they don’t get that sick, they can spread it to people who are unvaccinated—who will have the possibility of getting severe disease,” says Katia Koelle, an evolutionary biologist at Emory. “Even if it turns out that it’s a little bit less severe of an infection, just the number of people who are going to be getting it will be so much higher.” Fortunately, booster shots should help for those who have access and are willing to get them. Ultimately, Koelle thinks the virus that causes COVID will eventually become similar to a seasonal cold or flu as more and more people build up immunity. The question, she says, is “How long will it take?”

Another question is whether Omicron—which already accounts for the majority of new infections in the U.S.—will entirely replace the Delta variant, which was first detected in India in late 2020 and rapidly became the dominant variant worldwide earlier this year. There are three possibilities, according to Trevor Bedford, a professor of biostatistics, bioinformatics and epidemiology at the Fred Hutchinson Cancer Research Center in Seattle: Omicron could outcompete Delta, both variants could co-circulate in the same places or an Omicron wave could be followed by a resurgence of Delta. The better Omicron turns out to be at evading immunity conferred by Delta infection, the more likely it is that both variants will fill separate ecological niches and circulate at the same time—like certain strains of influenza. Either way, it seems clear that Omicron will cause a large winter wave, Koelle says.

Some experts are more sanguine about Omicron’s impact. Monica Gandhi, a professor at the University of California, San Francisco, School of Medicine, points to the South African hospital data as evidence that Omicron is milder. That country may have a young population, but so does India, she notes—and the Delta wave there was much more severe early on. “It does seem really clear that [Omicron] is different,” Gandhi says. “And so, I think that’s cautiously good news.”

There are, of course, important differences between these populations. South Africa had several bad COVID waves before this one, and prior immunity could have blunted Omicron infections. Whether the variant will be as mild in other populations remains to be seen.

“We’re learning a lot from South Africa and the U.K.,” Dean says. “I’m concerned at just how quickly [Omicron has] been able to spread and the capacity for reinfection or to infect the vaccinated. And that’s just going to put more pressure on everyone.”

It may be a while before Omicron’s full impact is clear. “I just feel sometimes like we’re on this pendulum that swings between these different messages of either alarm or ‘I don’t need to worry about this,” Dean says. It’s important to emphasize the uncertainty “instead of swinging from panic to over-reassurance.”