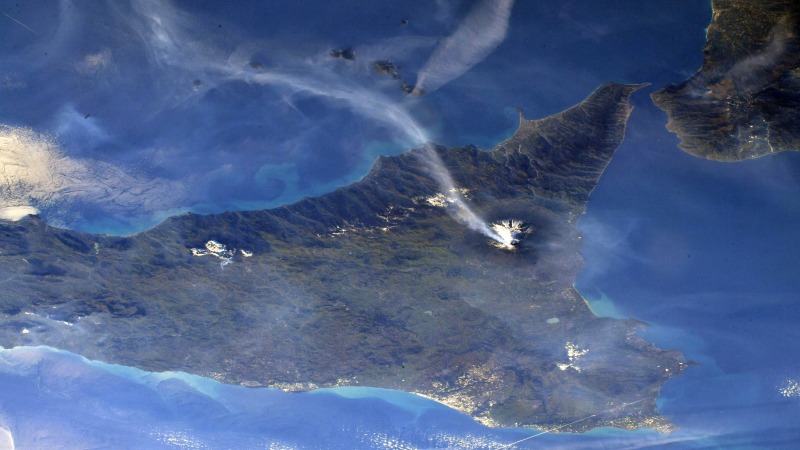 The majestic Mount Etna is erupting so strongly in the Mediterranean that it’s catching the attention of the International Space Station crew.

Members of Expedition 66 currently in orbit shared some views of space of the highly active volcano, which has erupted dozens of times in the past year alone.

In images: 10 incredible volcanoes in our solar system

Not a very clean shot since there is way too much humidity in Europe’s air at the moment but @astro_luca’s home volcano #Etna is clearly smoking (and spitting lava as I learnt from the news) 🌋 pic.twitter.com/gL5uNOkZUyFebruary 12, 2022

Recently, another eruption of Mount #Etna on the Italian island of #Sicily began. Red-hot lava flows out of the crater, and clouds of ash and smoke are in the sky over Sicily.The activity of the volcano then stops, then resumes with a series of powerful explosions 🌋 pic.twitter.com/B8JSgvJrkGFebruary 16, 2022

On the Russian side of the space station, cosmonaut Anton Shkaplerov of Roscosmos, the Russian space agency, also sent a report down from orbit. “Red-hot lava flows out of the crater, and clouds of ash and smoke are in the sky over Sicily. The activity of the volcano then stops, then resumes with a series of powerful explosions 🌋.”

Mount Etna was so active in 2021 that it grew by 100 feet (30 meters) in half a year. Astronauts can assist with satellite observations of natural phenomena such as volcanoes and hurricanes snapping their own photographs from the ISS.

Volcanic plumes can reach very high altitudes and can potentially impact air traffic, while sulfur dioxide closer to the ground can irritate the human respiratory system and trigger asthma or other respiratory conditions.

Mount Etna is believed to be a submarine volcano that popped above sea level after several eruptions, due to solidified lava, according to NASA’s Earth Observatory. The mountain has lava flows over its surface that date to as far back as 300,000 years ago.