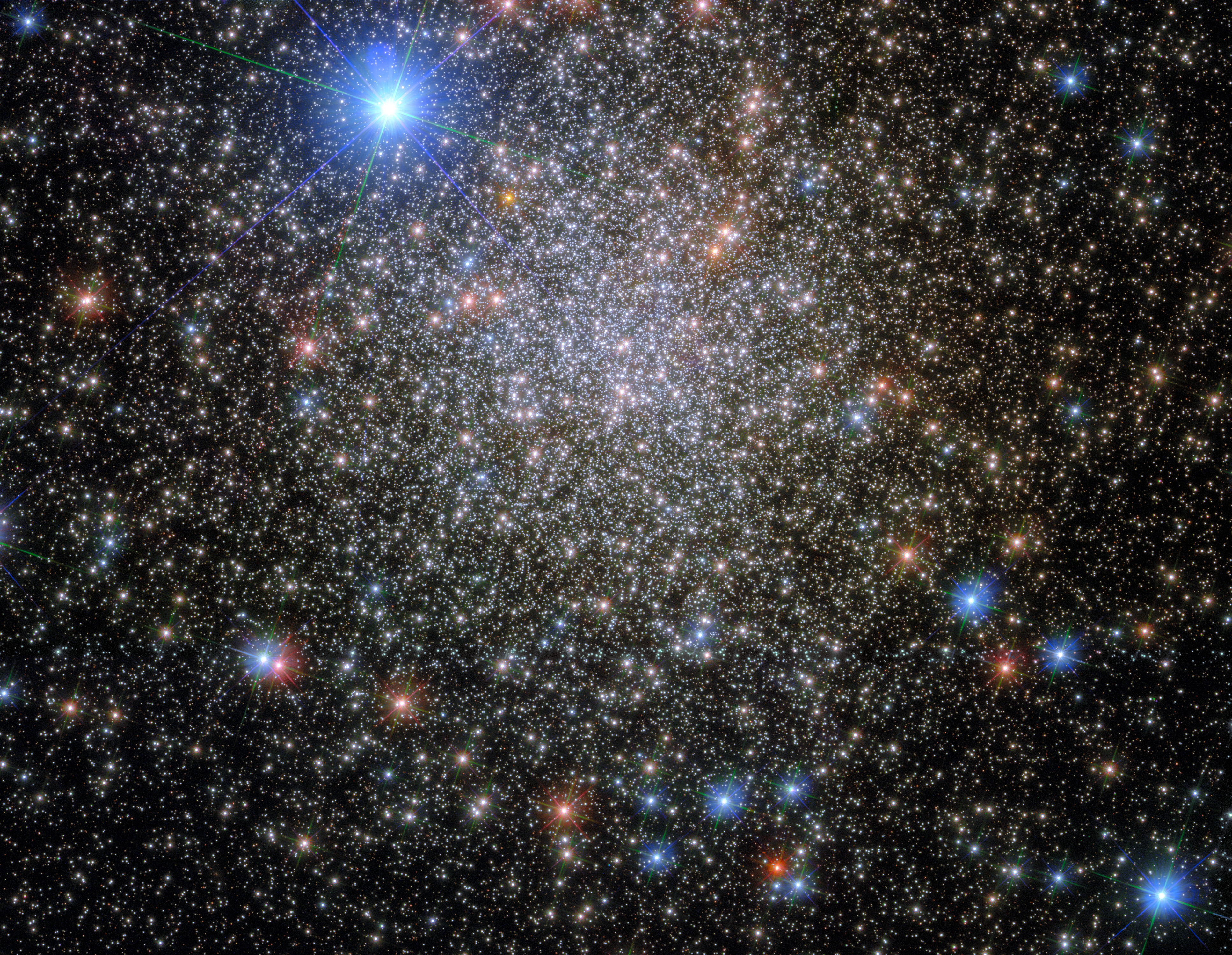 Paul M. Sutter is an astrophysicist at SUNY Stony Brook and the Flatiron Institute, host of “Ask a Spaceman” and “Space Radio,” and author of “How to Die in Space.”

Globular clusters are like astronomical coelacanths — mysterious living fossils. These densely packed collections of ancient stars may hold the ultimate secrets to the formation of galaxies.

On a clear, dark night, you can see the globular cluster Omega Centauri with the naked eye. It looks like a midrange, typical star, so much so that it’s been listed in star catalogs since antiquity. But once astronomers looked at the object through a telescope, they discovered that it wasn’t a single star at all but rather one of the largest globular clusters — a small, round, dense collection of millions of stars.

That roundness is what separates globular clusters from other kinds of star clusters (and gives them their name, from the Latin for “small sphere”). They are large enough and contain enough stars that there’s enough gravity to pull them into spherical shapes.

And that’s about the last thing that makes sense about globular clusters.

Globular clusters are freakishly old. Of the approximately 150 of them within the Milky Way, the very youngest are no less than 8 billion years old, while the oldest are almost 12 billion years old. They haven’t had new rounds of star formation in billions of years, so what remains within them are either remnants (white dwarfs, black holes, etc.) or small, dim, red stars. Whatever caused them to form happened a long, long time ago, and they simply haven’t changed much in all those eons since.

In fact, Omega Centauri is one of the oldest things you can see with the naked eye. When the solar system formed, that globular cluster was already fantastically ancient.

The globular clusters are incredibly dense, too. In the deepest parts of their cores, stars cram together up to a thousand times more densely than in the solar neighborhood. They are so tightly packed that planets are almost impossible; there are just too many close calls and near misses for a planetary system to survive long.

In the past few decades, astronomers have noticed that there are — very roughly — two distinct kinds of globular clusters: young ones and old ones.

Of course, “young” here is a relative term. These younger ones tend to be 8 billion to 10 billion years old. They also tend to hang out closer to the central bulge of the Milky Way and have far more metals than the other globular clusters. In astronomy jargon, “metals” means any element other than hydrogen and helium. Those heavier elements are forged inside stars through nuclear fusion, and in a normal galaxy, continued rounds of star formation and star destruction continually enrich the galaxies. But because all of these globular clusters were born at roughly the same time, with no new star formation since then, the presence of metals means that the globular clusters had to form from an already-metal-rich environment.

The other, older globular clusters are more in the 10 billion to 12 billion-year-old range. These are far more common; about two-thirds of the globular clusters in the Milky Way are from this population. They tend to be farther from the galactic center, have all sorts of random orbits and be almost metal-free.

OK, great; we have two kinds of globular clusters. But how did they form in the first place?

The biggest clue to the origins of globular clusters is that they have no dark matter. Measurements of their mass using different techniques (adding up all the sources of light, calculating the gravity needed to keep them round, and so on) all add up to the same number, with no need for a hidden, unseen component. This means that globular clusters in the present day are entirely unlike galaxies. It’s a little challenging to come up with a definition of “galaxy,” but since almost all galaxies are made of at least 80% dark matter, you must include that fact somehow.

Because globular clusters lack dark matter, it means we can’t just treat them as minigalaxies — at least, in the present day. It’s possible that dark matter played a role in forming globular clusters, the same way it did for galaxy formation, just on a much smaller scale. But perhaps the dark matter in the globular clusters dispersed through interactions with parent galaxies, leaving behind the clump of dead and decaying stars.

Or maybe dark matter never played a role. Maybe instead of being failed galaxies, globular clusters are super-successful star clusters. Take the same process that forms any other cluster (a large cloud of gas and dust collapsing and splintering into a shower of stars) and ramp it up to 11, and you get hundreds of thousands or millions of stars in a single go. That intense flash of star formation shoved away all the remaining gas, leaving the globular cluster intact but functionally dead.

To date, astronomers aren’t exactly sure which scenario is more likely. Either way, globular clusters are intriguing because they are so obviously linked to galaxy formation — and astronomers aren’t exactly sure how galaxies form and evolve. By studying these giant time capsules, we hope to peer into our own ancient past and unravel the ultimate mysteries of how our own galaxy came to be.

Learn more by listening to the “Ask a Spaceman” podcast, available on iTunes and askaspaceman.com. Ask your own question on Twitter using #AskASpaceman or by following Paul @PaulMattSutter and facebook.com/PaulMattSutter. Follow us on Twitter @Spacedotcom and on Facebook.