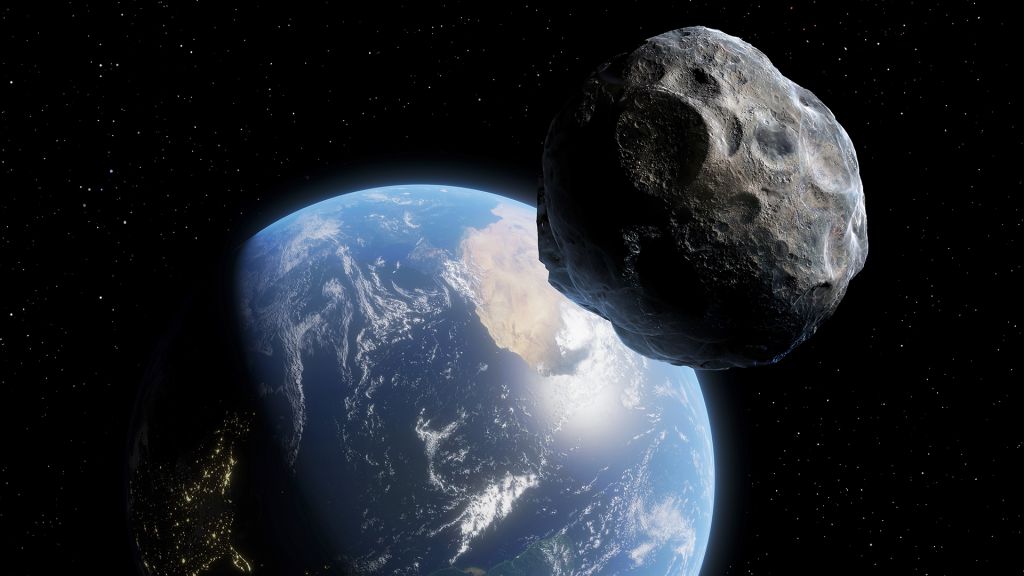 NASA’s asteroid monitoring system has been upgraded so that it can scan the entire night sky once every 24 hours for potentially hazardous space rocks that are heading our way.

The Asteroid Terrestrial-impact Last Alert System (ATLAS) is essential for tracking of asteroids and debris that could be on a collision course with Earth, and it is operated from the Institute of Astronomy at the University of Hawaii. ATLAS began as an array of just two telescopes in Hawaii, but it has now expanded to include two more telescopes in the Southern Hemisphere — giving it a complete view of the sky.

The new telescopes in the array are located in Chile and South Africa and, along with the two original Hawaiian telescopes, can image a chunk of the night sky 100 times larger than the full moon (as viewed from Earth) in a single exposure. This will give astronomers an unprecedented upperhand in spotting potentially dangerous near-Earth objects (NEOs) weeks ahead of possible impact.

“An important part of planetary defense is finding asteroids before they find us, so if necessary, we can get them before they get us,” Kelly Fast, the Near-Earth Object Observations Program Manager for NASA’s Planetary Defense Coordination Office, said in a statement. “With the addition of these two telescopes, ATLAS is now capable of searching the entire dark sky every 24 hours, making it an important asset for NASA’s continuous effort to find, track and monitor NEOs.”

NASA currently knows the location and orbit of roughly 28,000 asteroids; since it came online in 2017, ATLAS has detected more than 700 near-Earth asteroids and 66 comets. Two of the asteroids detected by ATLAS, 2019 MO and 2018 LA, actually hit Earth, the former exploding off the south coast of Puerto Rico and the latter landing near the border of Botswana and South Africa. Fortunately, the two asteroids were small and didn’t cause any damage.

While the majority of near-Earth objects aren’t as cataclysmic as the comet that featured in the 2021 satirical disaster movie “Don’t Look Up,” there are still plenty of devastating asteroid impacts in recent history to justify the expansion of monitoring. In March 2021, a bowling ball-sized meteor exploded over Vermont with the force of 440 pounds (200 kilograms) of TNT, Live Science previously reported; but those fireworks have nothing on the most explosive recent meteor event, which occurred near the central Russian city of Chelyabinsk in 2013. As the Chelyabinsk meteor struck the atmosphere, it generated a blast roughly equal to around 400-500 kilotons of TNT, or 26 to 33 times the energy released by the Hiroshima bomb. Fireballs rained down over the city and its environs, damaging buildings, smashing windows and injuring approximately 1,200 people.

NASA has been stepping up its asteroid spotting and deflection efforts in recent years. Beyond implementing in December 2021 an upgraded impact trajectory calculator called Sentry-II, the space agency also launched a one-way mission to crash a spacecraft into the distant asteroid Didymos in November 2021, Live Science previously reported. The mission — called Double Asteroid Redirection Test (DART) — will measure the effectiveness of a controlled collision at deflecting space rocks, and it could form the basis of a future planetary asteroid defense system.

For now, NASA says that it has seen no Earth-threatening asteroids, but agency scientists are keeping their eyes peeled.

“We have not yet found any significant asteroid impact threat to Earth, but we continue to search for that sizable population we know is still to be found. Our goal is to find any possible impact years to decades in advance, so it can be deflected with a capability using technology we already have, like DART,” Lindley Johnson, planetary defense officer at NASA Headquarters, said in the statement. “DART, NEO Surveyor and ATLAS are all important components of NASA’s work to prepare Earth should we ever be faced with an asteroid impact threat.”