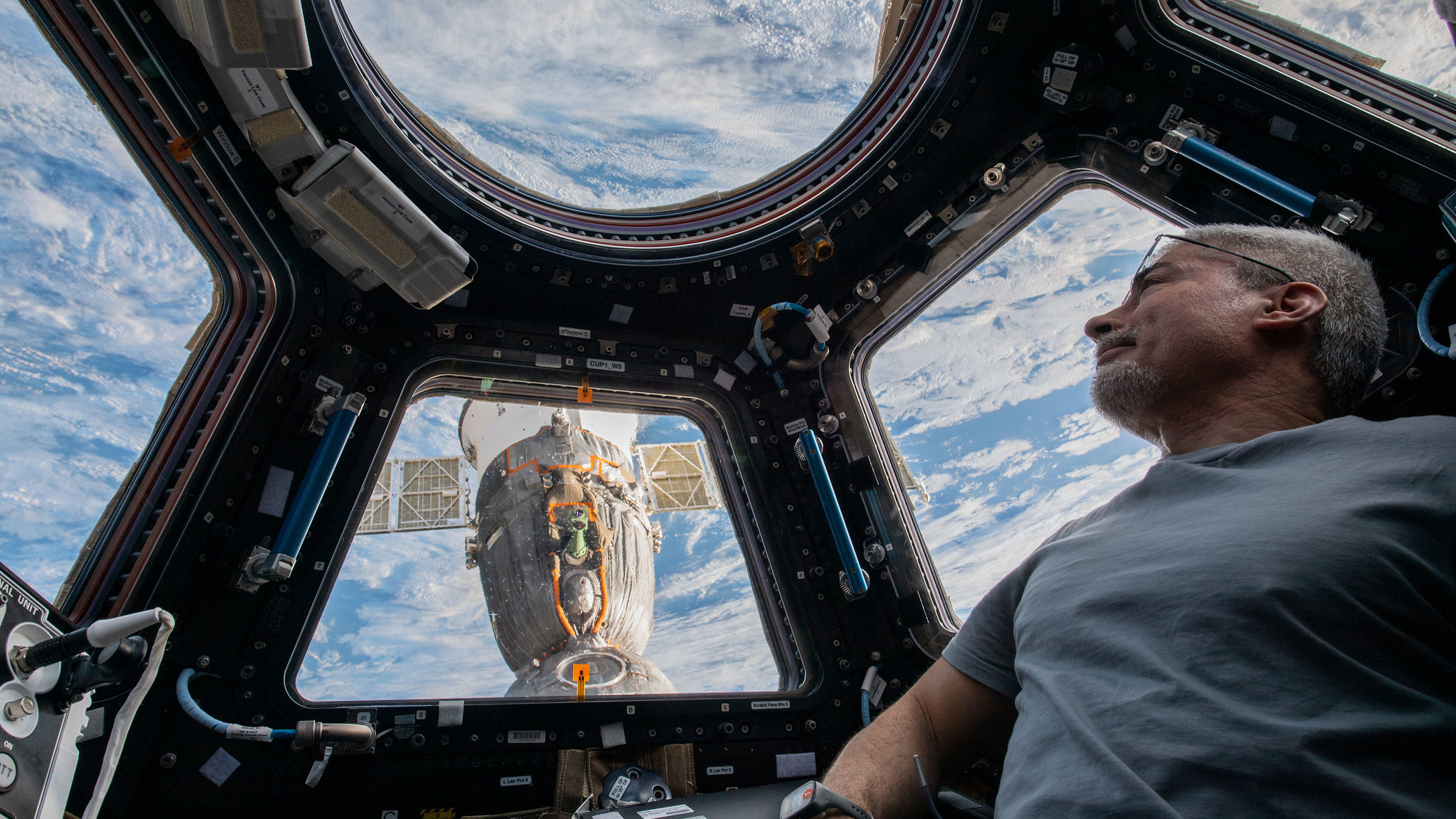 Geopolitical tensions won’t keep an American astronaut and two Russian cosmonauts from returning to Earth together as planned this month.

NASA’s Mark Vande Hei and cosmonauts Pyotr Dubrov and Anton Shkaplerov have long been scheduled to come home from the International Space Station aboard a Russian Soyuz spacecraft on March 30. And that remains the plan, despite the strain that Russia’s ongoing invasion of Ukraine has placed on Russia’s many space partnerships.

“I can tell you for sure: Mark is coming home on that Soyuz,” Joel Montalbano, the manager of NASA’s International Space Station program, said during a news conference today (March 14). “We are in communication with our Russian colleagues; there’s no fuzz on that.”

Related: Russia’s invasion of Ukraine as seen in satellite photos

The March 30 event will proceed like other Soyuz returns, Montalbano added. Vande Hei, Dubrov and Shkaplerov will touch down on the steppes of Kazakhstan. About 20 NASA employees will be waiting there to help assess Vande Hei’s physical condition — he has spent nearly a year in microgravity, which can be very hard on the human body — and bring him back to Houston, where NASA’s human spaceflight program is centered.

Today’s press conference served primarily to preview a spacewalk that NASA astronauts Kayla Barron and Raja Chari will perform outside the orbiting lab tomorrow (March 15). But Montalbano opened the briefing by discussing “world events” — namely, the Russian invasion of Ukraine, which began on Feb. 24, and its various impacts.

The invasion has spurred the United States and other nations to impose new economic sanctions on Russia. Russia and its federal space agency, Roscosmos, have decried those sanctions and pulled out of several longstanding partnerships in response.

For example, Roscosmos announced late last month that it was halting launches of Russian-built Soyuz rockets from Europe’s Spaceport in French Guiana. And in early March, the agency said it would no longer sell Russian rocket engines to American companies.

Such moves led to some speculation that the International Space Station program, in which Russia is a key and founding partner, may be in trouble as well. But Montalbano said that the orbiting lab is operating as usual despite the issues on the ground.

“We’re not seeing any impacts [from] what’s going on around us,” he said. “We’re aware of what’s going on, but we are able to do our job to continue operations.”

He also said that the invasion has not compromised morale or professionalism among the seven astronauts — four Americans, two Russians and one German — currently living on the station.

“They continue to operate, you know, above all this work, and there’s really no tensions with the team,” Montalbano said. “They’ve been trained to do a job, and they’re up there doing that job.”

He also stressed that the International Space Station and its various systems were designed to be highly interdependent, so it wouldn’t be easy to replace the jobs done by a key partner, should one choose to leave.

For example, docked Russian Progress cargo vehicles periodically boost the station’s altitude, to keep it from being pulled down too much by atmospheric drag. A Cygnus freighter, which is built by American aerospace company Northrop Grumman, will soon perform its first reboosting thruster fire. But it will do so in concert with a Progress burn, Montalbano said.