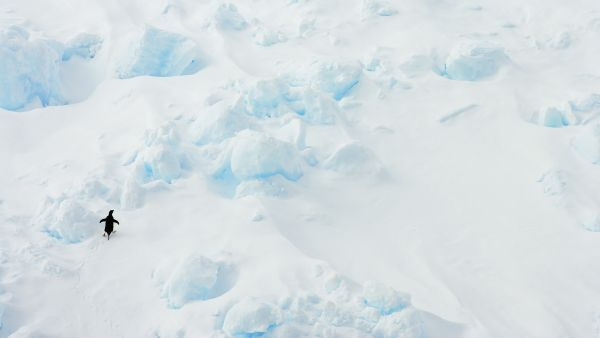 NASA is tracking two explorers on a 2,268-mile (3,650 kilometers) journey across Antarctica to learn more about humanity’s ability to survive on Mars.

British explorers Justin Packshaw and Jamie Facer Childs are on the 32nd day of an 80-day trek across the southernmost continent as part of the Chasing the Light mission — a grueling expedition that could give space agencies a better understanding of the psychological and physical impact of other worlds on the human body and mind.

The men are braving freezing temperatures and katabatic winds up to the recorded maximum of 200 mph (320 km/h) as they make their way across the continent — first as they complete the 1,342-mile (2,159 km) leg from the port of Novolazarevskaya to the geographic South Pole, and later as they travel the remaining 926 miles (1,490 km) past Hercules Inlet to Union Glacier Camp.

Related: 7 most Mars-like places on Earth

“Much like the extreme conditions found on planets in our solar system, Antarctica has a [harsh] environment that is useful for a range of human and biological research,” according to the Chasing the Light mission website. “Justin and Jamie’s mission will allow scientists to observe a rare scientific story of human adaptability, which will ultimately contribute to … human centred space exploration.”

NASA, the European Space Agency (ESA) and Stanford University are collecting data from wearable smart devices as the men walk and ski their way south. Outside of kites that make use of favorable winds to pull them along, the men are making the journey without any mechanical assistance. They are also towing two 440-pound (200 kilogram) sleds that not only carry their food and equipment, but also samples of their blood, saliva, urine and feces taken across the trek.

NASA is also testing the explorers’ ability to estimate distance visually, which can often be unreliable when humans are placed in an alien environment. A famous example comes from the 1971 Apollo 14 mission. While walking across the moon collecting rock samples, astronauts Alan Shepard and Edgar Mitchell set their sights on visiting a distant crater, but decided to turn back after estimating that it was more than a mile away. In fact, the two were only 50 feet (15.24 meters) from the crater’s rim.

The men have also been tasked with obtaining key environmental data, including ice levels, radiation and wind speed. As satellites don’t orbit directly above the South Pole, the measurements the two take will fill in a “satellite data gap” and could provide important insights into climate change, according to the Chasing the Light mission.

The pair’s journey was originally longer, with an additional leg of the journey taking them to the Antarctic’s “Pole of Inaccessibility” — the hardest part of the continent to reach. The route had to be shortened, however, after wind and snow prevented the explorers from traveling on key days.

“This continent demands respect and also flexibility as you can rest assured that nothing will go according to plan and you can only hope that you can adapt accordingly and make that decision at the right time,” Packshaw wrote in his day 27 entry to the team’s live journal. “Which is what we feel we are doing with this call. Onwards …”