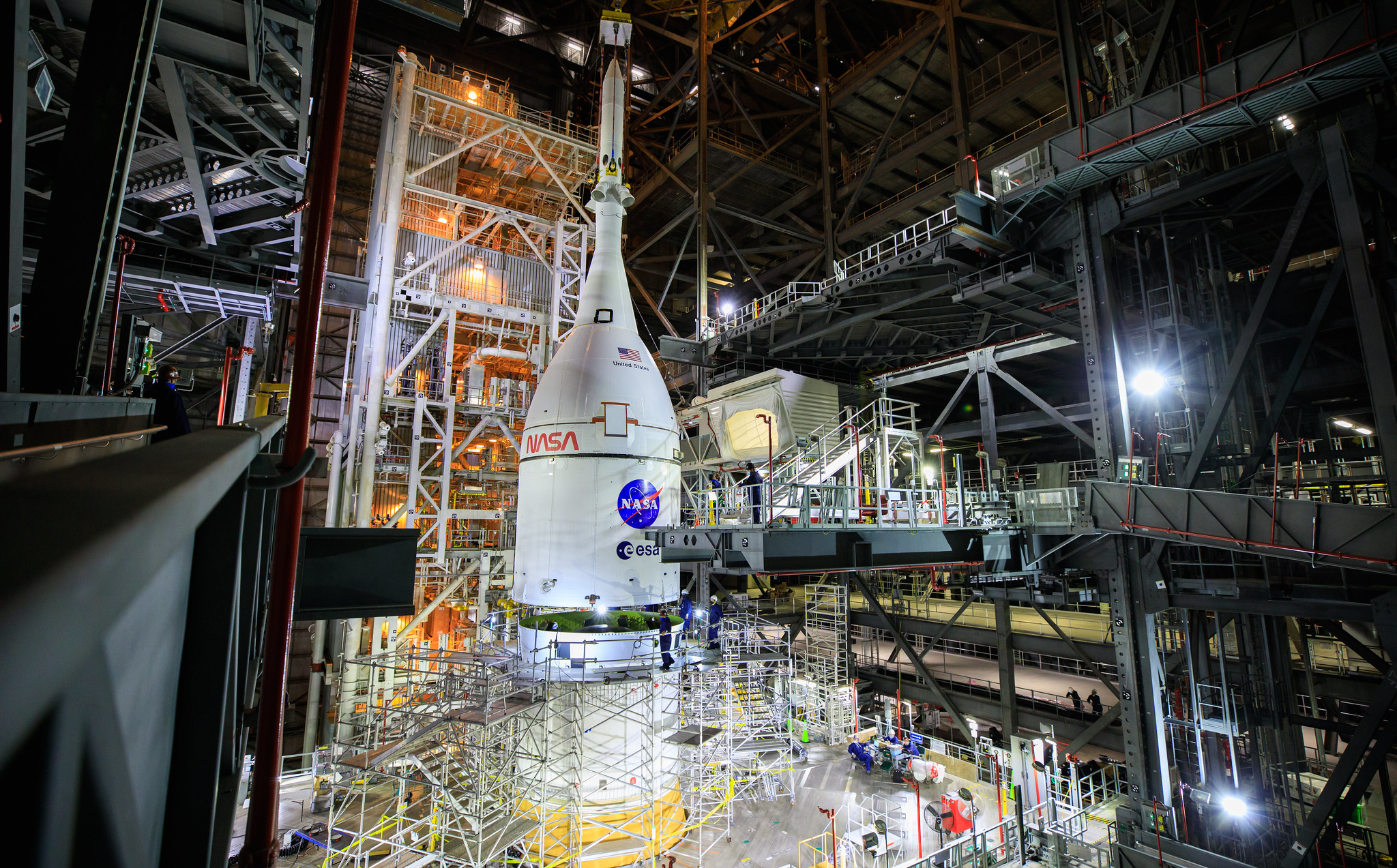 NASA’s first Artemis moon mission will have to wait to launch.

The rollout for the agency’s Artemis 1 mission, the first flight of its Artemis program that will ultimately return humans to the moon, has been pushed back. NASA announced Wednesday (Feb. 2) that the agency’s Space Launch System (SLS) megarocket and Orion capsule won’t roll out to Launch Pad 39B at NASA’s Kennedy Space Center until sometime in March.

“Ultimately, we’re going to launch this flight hardware when the flight hardware is ready and when the team’s ready,” Mike Bolger, the program manager of exploration ground systems at NASA’s Kennedy Space Center, told Space.com during a news conference held today.

“While the teams are not working any major issues, NASA has added additional time to complete closeout activities inside the VAB [Vehicle Assembly Building] prior to rolling the rocket out for the first time,” agency officials wrote about the delay in a statement.

While the team has not yet announced a new date for rollout, “Right now, we’re kind of looking at mid-March,” Tom Whitmeyer, the deputy associate administrator for exploration systems development at NASA Headquarters in Washington D.C., said during the conference. “We’ll get a little bit closer to the final close-out and then we’ll be in a better position to target a specific date.”

Once the rollout to the pad is successfully completed, the next step toward launch will be a wet dress rehearsal. This procedure will see the mission team simulate every step of the launch (except for the launch itself), even including fueling the rocket.

During the news conference, Bolger and other experts at NASA working on the mission said that there was no one singular reason that caused this delay, but rather the combined difficulties of bringing a complicated mission like this to launch successfully.

“We’re taking it one step at a time,” Bolger said. “We’re doing it very meticulously, and we’re proud of the progress that we’ve made.”

Bolger added that, over the past several months, the team has conducted significant testing with the flight hardware for both SLS and Orion. They have assembled and stacked the flight elements at Kennedy’s Vehicle Assembly Building (VAB), powered the pair up, tested flight software and the mission’s communication systems. “And we’re currently installing and testing the flight termination systems of the launch vehicle,” Bolger said.

Bolger added that, in addition to the team wanting to be meticulous, the mission has faced some small issues including the ongoing coronavirus pandemic as well as the recent unusually cold temperatures in Florida.

“This past weekend, we were somewhat impacted by the cold temperatures,” Bolger said. “The VAB is a really big building and it’s not heated, and some of the ‘goos and glues,’ [as] we say … are affected by the temperatures.”

But, he added, “for the most part in the VAB, we really aren’t impacted by what’s going on in the environment around us and we’re able to kind of work our way through it.”

As the new date for rollout is not yet known, it is also unclear how the launch date for the Artemis 1 mission, which was previously also set for March, might be impacted.

While he was not able to give concrete dates when Artemis 1 might now launch, Mike Sarafin, Artemis 1 mission manager at NASA Headquarters, said during the news conference that if the launch is pushed to April or May, a launch window would extend from April 8 to April 23; another would open May 7 and close May 21.

Artemis 1 will be the first of NASA’s Artemis missions, which the agency plans will eventually land humans back on the moon as part of a long-term goal for a sustainable lunar presence. This will be the first time that NASA, or anyone else, will send humans to the moon’s surface since the agency’s last Apollo mission in 1972.

This first mission will be uncrewed and will see the Orion spacecraft go far past the moon before returning to Earth; testing the technology that will one day soon carry humans.