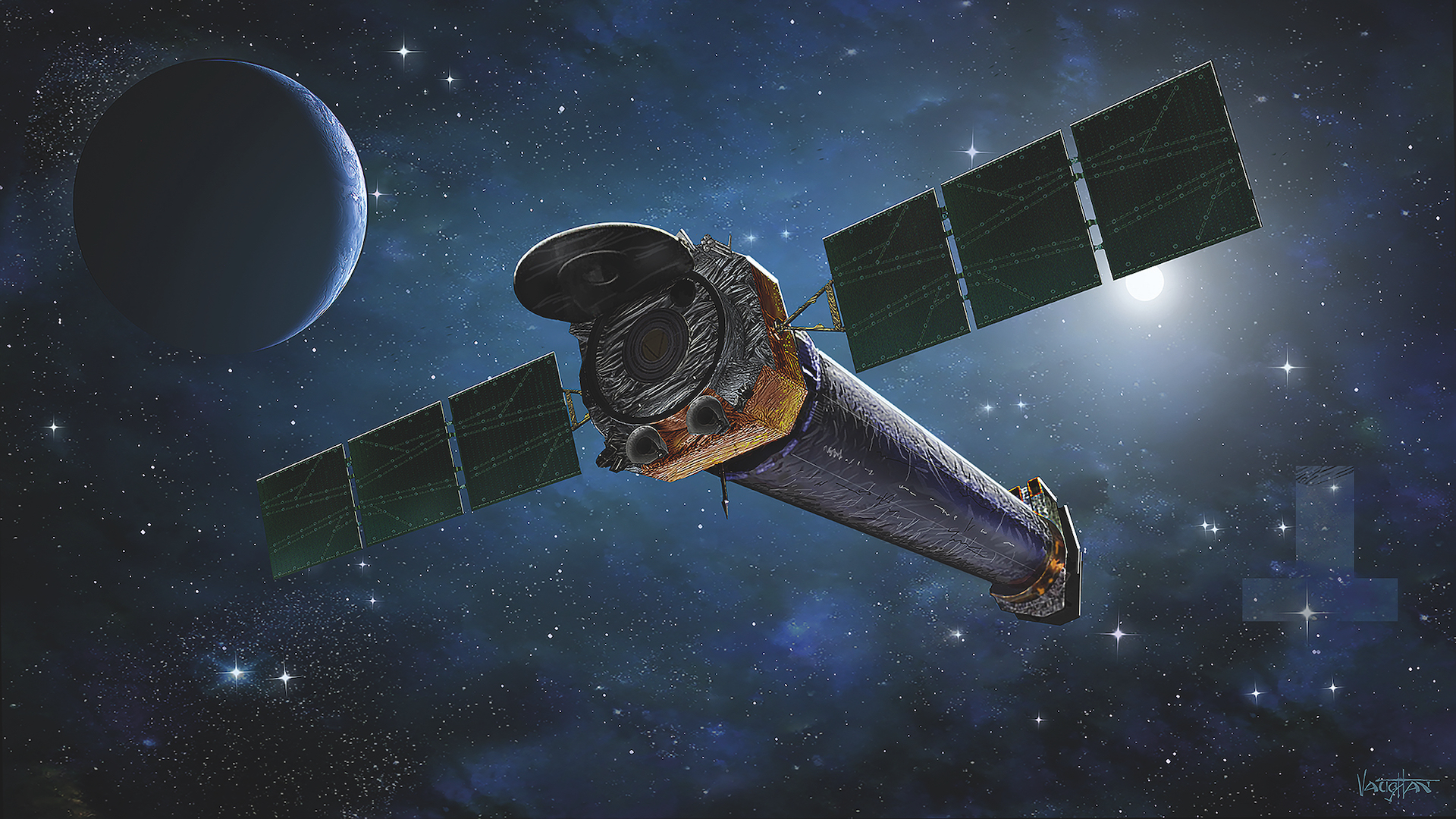 A prolific NASA space telescope has closed its camera eye for now due to a power issue that has stalled the observatory’s science work.

The Chandra X-ray Observatory, which has studied the X-ray universe since 1999, suffered a power supply problem with its High Resolution Camera instrument on Feb. 9, leading the mission team to halt science observations for now.

“Chandra mission specialists have paused science operations and put the four science instruments into safe mode while they analyze the situation and determine the appropriate response,” Chandra mission officials wrote in an update today (Feb. 16). “The spacecraft itself is operating normally.”

A notice released on Twitter by the Chandra X-ray Center’s director’s office stated that the space telescope’s High Resolution Camera was “powered down after being discovered in an anomalous state” and that “the cause is currently under investigation.”

The space telescope is expected to resume normal operation with a different instrument, called the Advanced CCD Imaging Spectrograph or ACIS, by early next week, the statement said.

Originally designed to last just five years, the Chandra X-ray space telescope has spent more than two decades observing the universe in the X-ray range of the light spectrum to study the structure and evolution of the universe. It was launched into orbit on July 23, 1999 aboard the space shuttle Columbia.

Chandra’s current glitch isn’t the first for its High Resolution Camera. In August 2020, the camera was knocked offline by a different anomaly that sidelined its science operations for months.

Chandra controllers eventually switched the camera to a back-up set of electronics and performed a detailed study  of the system before restoring it to full health in December 2020.

In addition, the observatory suffered a gyroscope problem in 2018 that was also fixed.