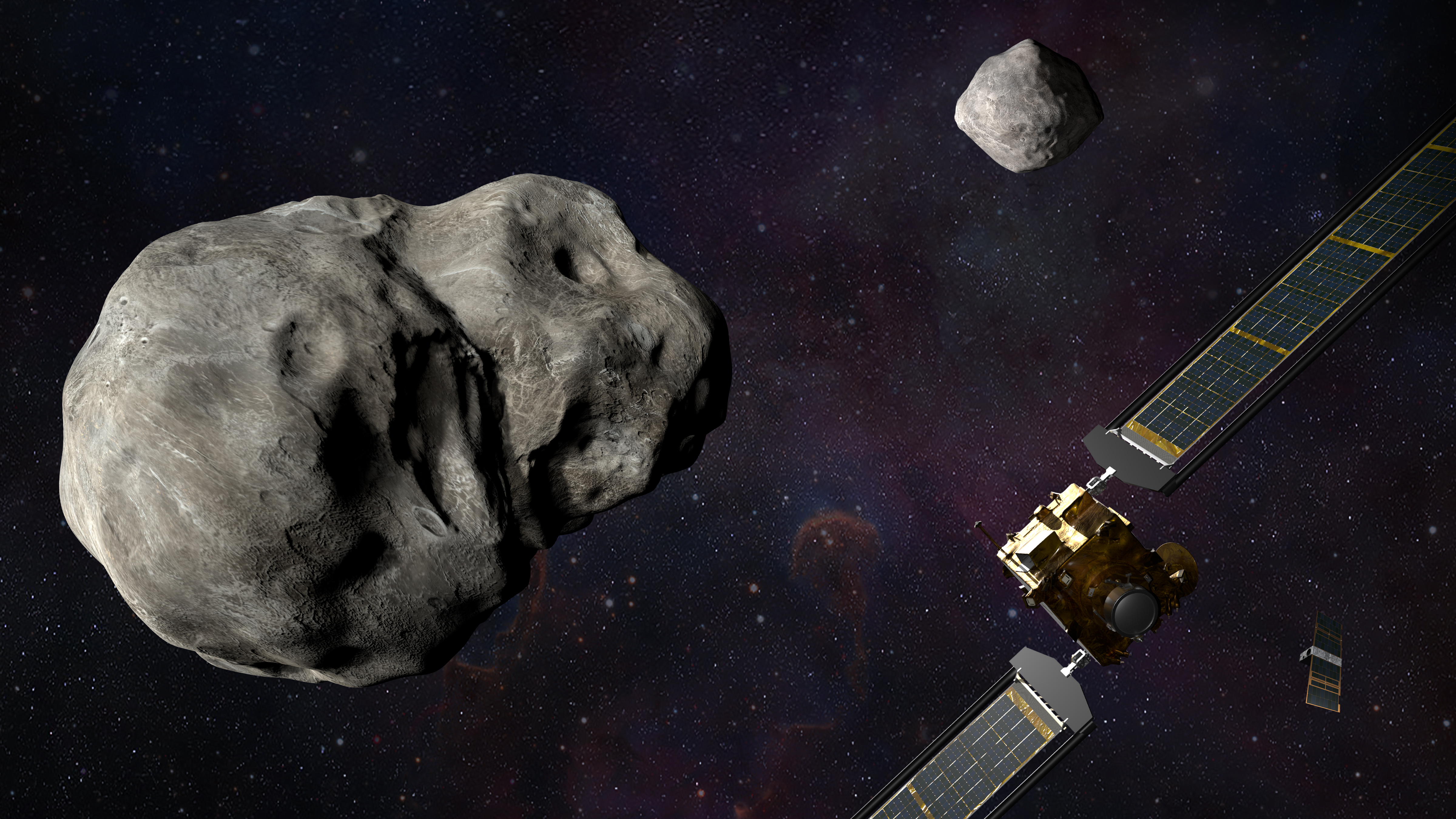 A NASA spacecraft is on its way to slam into a space rock, but what happens next is still unclear.

The Double Asteroid Redirection Test (DART) mission launched in November and will arrive at its destination in late September. If all goes well, the impact will change the orbit of a small asteroid, Dimorphos, around a larger asteroid called Didymos. But just how much the orbit will change is difficult to predict. Leading up to the mission, scientists used samples collected from two different space rocks to test in an attempt to understand the future impact.

That work has relied on a precision pressing tool known as a nanoindenter, which has a pyramid-shaped diamond tip measuring only a few millionths of a millimeter, according to a statement from the European Space Agency (ESA). The tiny tool is a crucial implement for dealing with the small, precious space rock samples scientists have gathered on Earth.

One of those samples comes from the Japanese sample-return mission Hayabusa, which visited an asteroid called Itokawa but experienced challenges that meant the spacecraft brought home only grains of the extraterrestrial material.

“Their small size presented potential challenges,” study co-author Jordi Sort, a research professor at the Catalan Institution for Research and Advanced Studies at the Autonomous University of Barcelona (UAB), said in the statement. “The three grains we received are only about a thousandth of a millimeter each. However, we still managed to test successfully, using a pyramidal indenter with a tip radius of about 50 nanometers — millionths of a millimeter — across.”

Measuring the asteroid samples’ physical properties allowed scientists to better understand how an asteroid may behave during an impact with Earth as well as informing the DART mission.

“The success of AIDA [the Asteroid Impact and Deflection Assessment collaboration, of which DART is one component] and comparable asteroid deflection efforts depends on good knowledge of the physical properties of the object to be deflected,” study co-author Josep M. Trigo-Rodriguez, an astrophysicist at the Institute of Space Sciences at Spain’s National Research Council, said in the statement.

The Hayabusa analysis built on previous work that used the nanoindenter to test samples collected from the Chelyabinsk meteor that exploded over Russia in 2013. Adding a second space rock sample was a “welcome opportunity,” scientists said in the statement.

“Then came the welcome opportunity to perform comparable testing on samples of the fine surface grains known as ‘regolith’ returned by Japan’s Hayabusa sample return mission,” lead study author Safoura Tanbakouei, who was a doctoral candidate at ICE-CSIC at the time of the study, said in the statement. “This is unique, unmodified material taken directly from the surface of an asteroid and brought back to Earth,” said Tanbakouei, who is now a postdoctoral researcher at the University of Hong Kong’s Planetary Spectroscopy and Mineralogy Laboratory.

The Itokawa samples were placed in resin and then polished with diamond paste. The nanoindentation process measured the asteroid samples’ comparative hardness and elasticity, both factors that might affect DART’s impact.

“Our results reveal similar hardness for both sets of samples, but the Itokawa regolith grains possess enhanced elasticity, which has significant implications,” Trigo-Rodriguez said in the statement. “There is fine-grained regolith covering the surface of many asteroids, theoretically produced by the ongoing process of impacts on asteroid surfaces as well as flaking of rock due to temperature extremes. The summary of our findings is that these surface regolith particles are more compacted than the material beneath them — a natural consequence of their having survived long exposure times on an asteroid’s surface — indicating, in turn, an enhanced ability to absorb elastic energy during an impact.”

The nanoindenter results suggest that if DART hits a region with more dust, the impact may be more efficient moving Dimorphos’ orbit. And thanks to an Italian cubesat flying with the mission, scientists will be able to see the impact site both before and immediately after the collision.