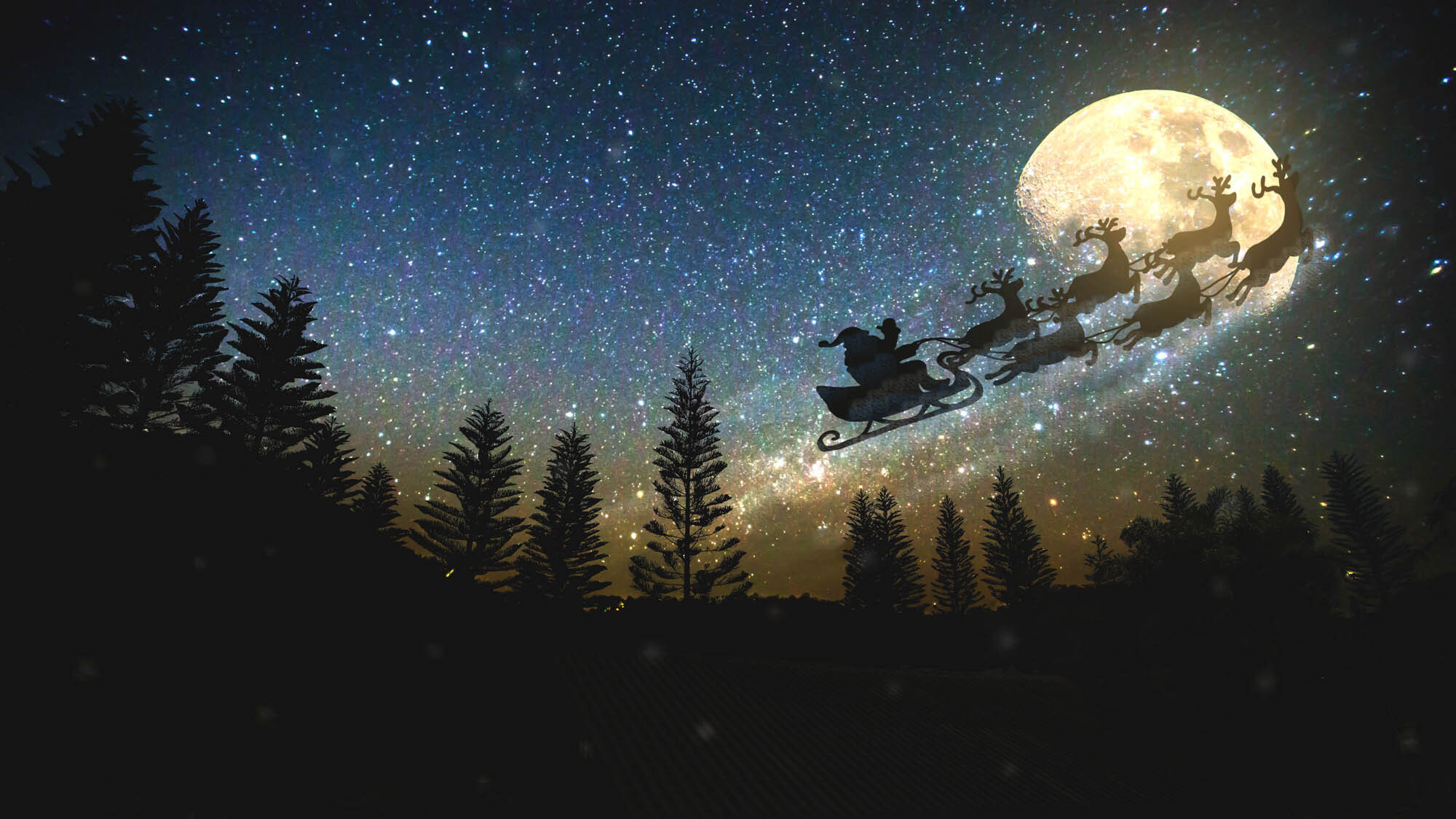 NASA is launching a huge observatory into space early Christmas morning (Dec. 25), but you don’t need to worry about it hitting Santa Claus.

While St. Nick is wrapping up his annual world tour, presumably somewhere in Alaska, Hawaii or the other Pacific islands in the westernmost time zones, an Ariane 5 rocket will be blasting off from South America with NASA’s James Webb Space Telescope.

Santa is not expected to cross paths with the Ariane 5 rocket, which is scheduled to lift off during a 32-minute window that opens at 7:20 a.m. EST (1220 GMT) on Saturday. That’s 9:20 a.m. local time at the launch site: the Guiana Space Center near Kourou, French Guiana.

Not only will Santa be far away from French Guiana by the time the rocket launches, having delivered gifts there several hours earlier, but his sleigh will also be flying in the opposite direction. Santa has to fly west, but the Ariane 5 will soar toward the east, passing over Africa before it heads out into space.

The Webb telescope also isn’t going to orbit Earth, so there’s no chance that it will circle around the planet and smack into Santa’s sleigh after launch. Rather, it will head straight to a gravitationally stable spot 930,000 miles (1.5 million kilometers) away from our planet, known as the Sun-Earth Lagrange Point 2 (L2).

Santa has received a special launch license from the U.S. Federal Aviation Administration (FAA) allowing him to “take a quick trip to the International Space Station” with his “StarSleigh-1/Rudolph Rocket” on Christmas Eve (Dec. 24), the agency said in a statement on Thursday (Dec. 23).

According to the North American Aerospace Defense Command (NORAD), which tracks his annual 24-hour trek around the globe, Kriss Kringle typically arrives on Christmas Eve between 9 p.m. and midnight local time. Astronauts at the International Space Station live on Universal Coordinated Time, so his space station delivery should arrive between the hours of 4 p.m. and 7 p.m. EST on Dec. 24. So there’s no risk of Santa crashing into Webb during his special orbital delivery, either.

You can track Santa’s path around the world using NORAD’s Santa tracker beginning at 6 a.m. EST (1100 GMT) on Friday (Dec. 24), or watch a NORAD video of his space station delivery in 2020 above.