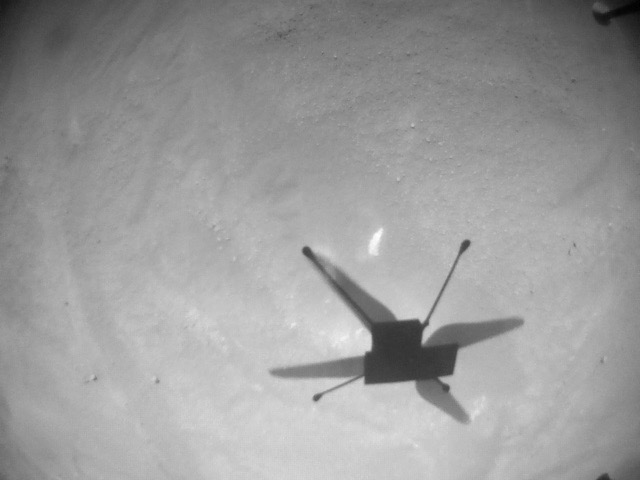 After a 117-second Mars sortie on Dec. 5, the total flight time for the Ingenuity helicopter is 30 minutes and 48 seconds after 17 total flights, NASA’s Jet Propulsion Laboratory said in a statement on Wednesday (Dec. 15).

There was a delay in releasing the results due to a technical glitch, JPL noted, due to an “unexpected cutoff to the in-flight data stream as the helicopter descended toward the surface at the conclusion of its flight.”

While JPL did get a handful of data packets almost immediately showing the drone was probably doing just fine, it was only on a downlink from Mars Dec. 10 that enough data came through to indicate Flight 17 was successful.

“Ingenuity is in excellent condition,” JPL stated, which put the little drone at a go for making its 18th flight this week. Ingenuity, which landed on Mars with NASA’s Perseverance rover in February, has been battling normal seasonal changes in the atmosphere that require its rotor to spin a little faster against thinner air, which appears to be working well so far.

The flight plan for No. 18 will see Ingenuity fly 754 feet (230 meters) and reach a top speed of 5.6 mph (9 kph) over 125 seconds. This will bring the helicopter to a new airfield, near the northern boundary of a region named Séítah.

Ingenuity’s radio range and performance will be tested to an extreme degree on this flight, and as such, engineers decided to have the helicopter communicate back to the Perseverance rover using a low data-rate mode.

“If we do lose radio link on landing, it may be several days or weeks until the line-of-sight between Ingenuity and Perseverance improves enough to attempt a communication session,” Teddy Tzanetos, Ingenuity team lead, said in the same statement.

“While delaying our post-flight data analysis is an inconvenience, it is not unexpected and becoming the new normal as we continue to operate in challenging terrain in the weeks ahead.”