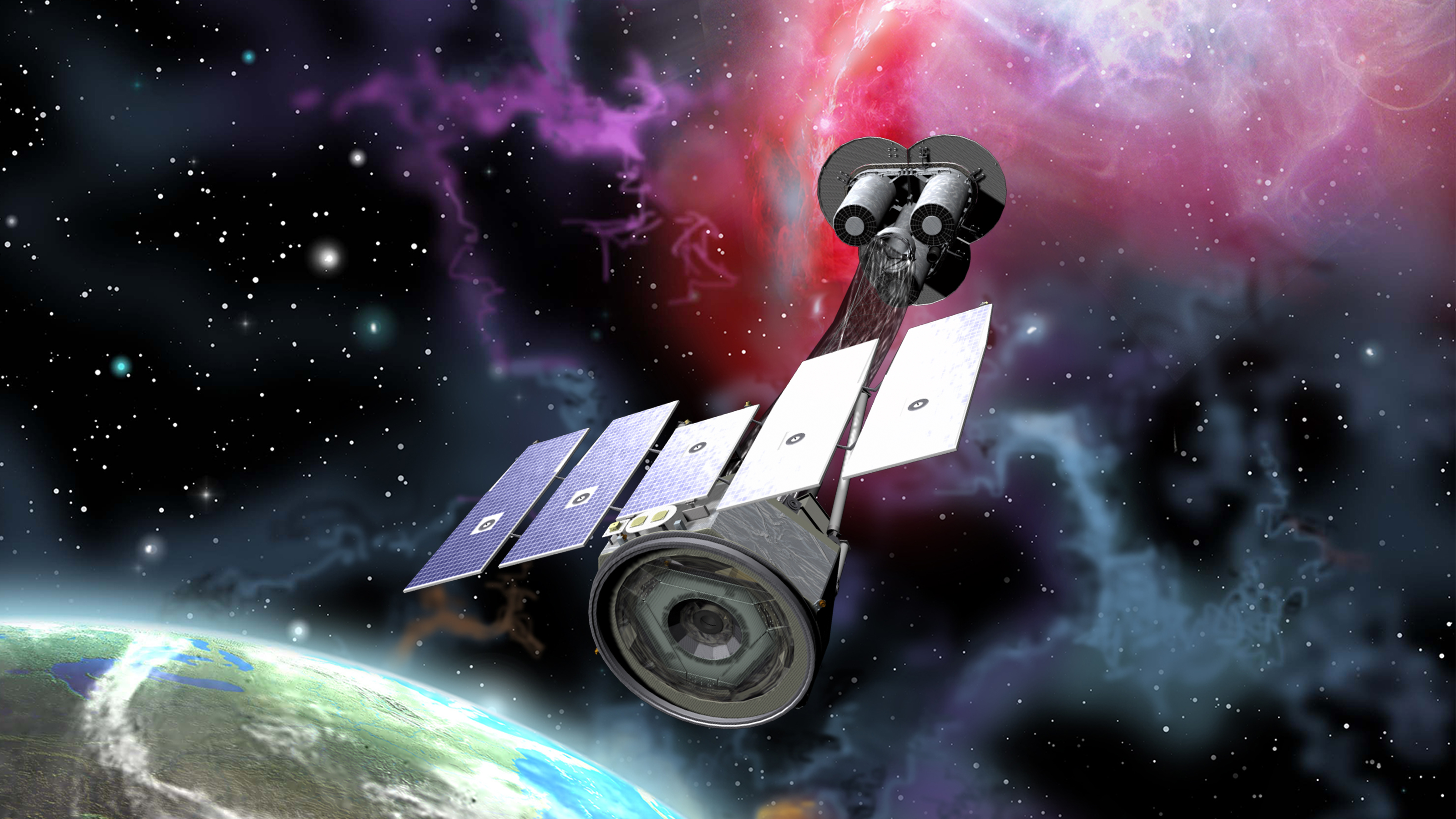 CAPE CANAVERAL, Fla. — NASA’s newest space observatory, the Imaging X-ray Polarimetry Explorer (IXPE), is set to begin spying on some of the universe’s most dramatic objects — black holes and neutron stars — potentially changing our understanding of the cosmos in the process.

The 730-pound (330 kilograms) IXPE satellite launched to orbit on Dec. 8 atop a previously flown SpaceX Falcon 9 rocket, bound for an equatorial perch where it will peer out into the universe, helping to unlock the mysteries of some of its most enigmatic residents.

Following its successful liftoff, the $214 million satellite has spent the past month checking out its various systems. According to the mission’s lead, astrophysicist Martin Weisskopf of NASA’s Goddard Space Flight Center in Maryland, its three identical detectors (built by Ball Aerospace) are set to begin a two-year campaign to observe the polarization of light emanating from these cosmic entities.

“I’m pleased to tell you that the commissioning phase has been successfully completed,” Weisskopf said Monday (Jan. 10) during a news briefing held during the 239th meeting of the American Astronomical Society (AAS). “Tomorrow we’ll start taking our first science data.”

X-rays are one tool that astronomers can use to observe and understand the universe. X-rays are a high-energy type of light that typically emanates from extremely energetic objects — like superheated jets spewing from black holes or the explosions of stars — and enables astronomers to study these events in a way they can’t by using other wavelengths.

But X-rays are tricky because they can be studied in detail only from space, as they’re mostly blocked out by Earth’s atmosphere. To that end, NASA has launched a fleet of space-based observatories to peer inside cosmic sources like the gaseous nebulae where stars are born, and to probe the mysteries of black holes.

One such observatory, called Chandra, launched in 1999 and is NASA’s flagship X-ray space telescope. It’s tasked with detecting X-ray emissions from the extremely hot regions around exploded stars, galaxy clusters and black holes.

Chandra works in tandem with two other NASA space observatories — the Neutron Star Interior Composition Explorer (NICER) telescope, which flies on the International Space Station, and the Nuclear Spectroscopic Telescope Array (NuStar) — as well as the European Space Agency’s XMM-Newton to study the X-ray universe.

These observatories have detected stellar nurseries and provided solid evidence of the existence of dark energy, and even a way to estimate its density.

But IXPE is about to look at the X-ray universe in a way that’s rarely been done before: through the polarization of light.

The use of imaging X-ray polarimetry is what sets IXPE apart from its predecessors. Polarization refers to the orientation of light wave oscillations. It can provide scientists clues about how X-rays were made and what type of matter they traveled through.

This will, in turn, provide scientists with helpful information like the orientation of incoming electric and magnetic fields. Armed with this data, astronomers can glean more information from the X-rays emitted by astrophysical phenomena.

The IXPE satellite will provide astronomers with a new tool to probe the mysteries of the universe. The refrigerator-sized satellite is equipped with three identical telescopes that will be able to study the polarization of light from cosmic sources such as black holes and superdense stellar corpses known as neutron stars. With IXPE’s observations, astronomers will be able to study the structure and mechanisms that power these types of enigmatic cosmic objects.

“The launch of IXPE marks a bold and unique step forward for X-ray astronomy,” Weisskopf told Space.com before the launch. “IXPE will tell us more about the precise nature of cosmic X-ray sources than we can learn by studying their brightness and color spectrum alone.”

IXPE’s first target is a supernova remnant called Cassiopeia A (Cas a for short). Located approximately 11,000-light-years from Earth, it’s the remains of an exploded star. Using its three identical telescopes, IXPE will observe the stellar corpse for a period of three weeks.