The Chicxulub asteroid that ended the reign of the dinosaurs is one of the most momentous impact disasters in Earth’s history, and scientists have now identified the time of year when this deadly event took place.

New evidence suggests the asteroid hit in the spring for the Northern Hemisphere, which would be fall (or autumn) for those in the Southern Hemisphere – and that timing appears to have had consequences for how quickly different species recovered.

Around 76 percent of species vanished as they struggled to cope with the devastating climate changes that occurred in the wake of the asteroid that struck 66 million years ago. Those that managed to survive, such as a number of avian dinosaur species, may have got lucky in terms of the timing of the impact.

“This crucial finding will help to uncover why most of the dinosaurs died out while birds and early mammals managed to evade extinction,” says paleontologist Melanie During from Uppsala University in Sweden.

With springtime being such an important part of the year for reproduction and young offspring, the asteroid couldn’t really have come at a worse time for Northern Hemisphere species – and the researchers think this may have played a part in the faster recovery that has been observed in some Southern Hemisphere species.

The researchers used the remains of filter-feeding sturgeons and paddlefishes to date the asteroid strike, looking carefully at the growth patterns preserved in their fossil bones – which can indicate seasons in a similar way to rings in tree trunks.

Further clues were found in the gills of the fishes. Impact debris was lodged there but not lower down in the digestive system, suggesting that the creatures died almost instantly. The debris that buried the marine life would have been driven by a huge seiche, an oscillation or wave of water on a continental scale.

One particular fish was analyzed for carbon isotopes too, with carbon in its skeleton indicating how much zooplankton had been ingested – useful information, bearing in mind that feeding seasons peak during the spring and summer. 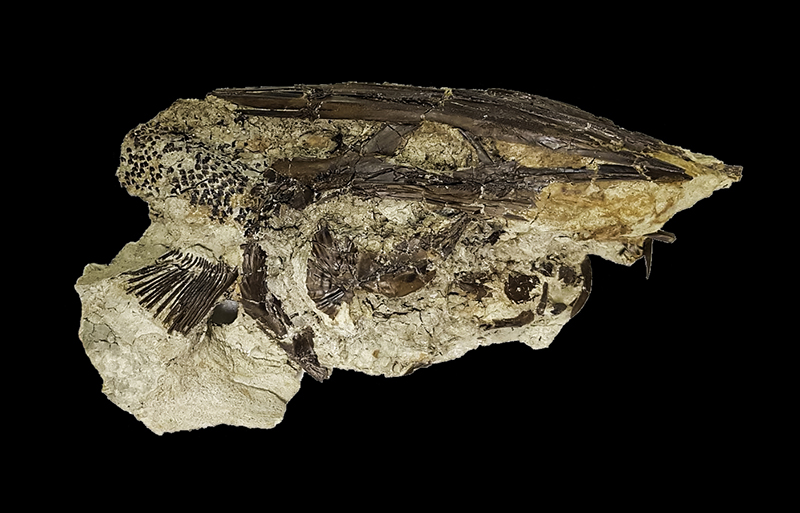 “The carbon isotope signal across the growth record of this unfortunate paddlefish confirms that the feeding season had not yet climaxed – death came in spring,” says During.

These fossils were gathered at a Late Cretaceous deposit site known as Tanis in North Dakota. Many of the samples gathered are exceptionally well preserved, giving researchers a clear look at their state when they perished.

The new study fits in neatly with one published last year, which agrees that springtime in the Northern Hemisphere was the time of the asteroid impact. The scientists behind that study were also working at the Tanis site, and also used growth patterns in fish fossils to come to their conclusions.

While the Cretaceous-Paleogene (K-Pg) extinction boundary was tens of millions of years ago, it still has lessons for us today. With the species of Earth facing yet another dramatic change, this research is useful for looking forwards as well as backwards.

“Decoupling short and long-term effects of the bolide impact on the K-Pg mass extinction will also aid in identifying extinction risks and modes of ecological deterioration caused by the forthcoming global climate change,” the researchers write in their paper.

The research has been published in Nature.