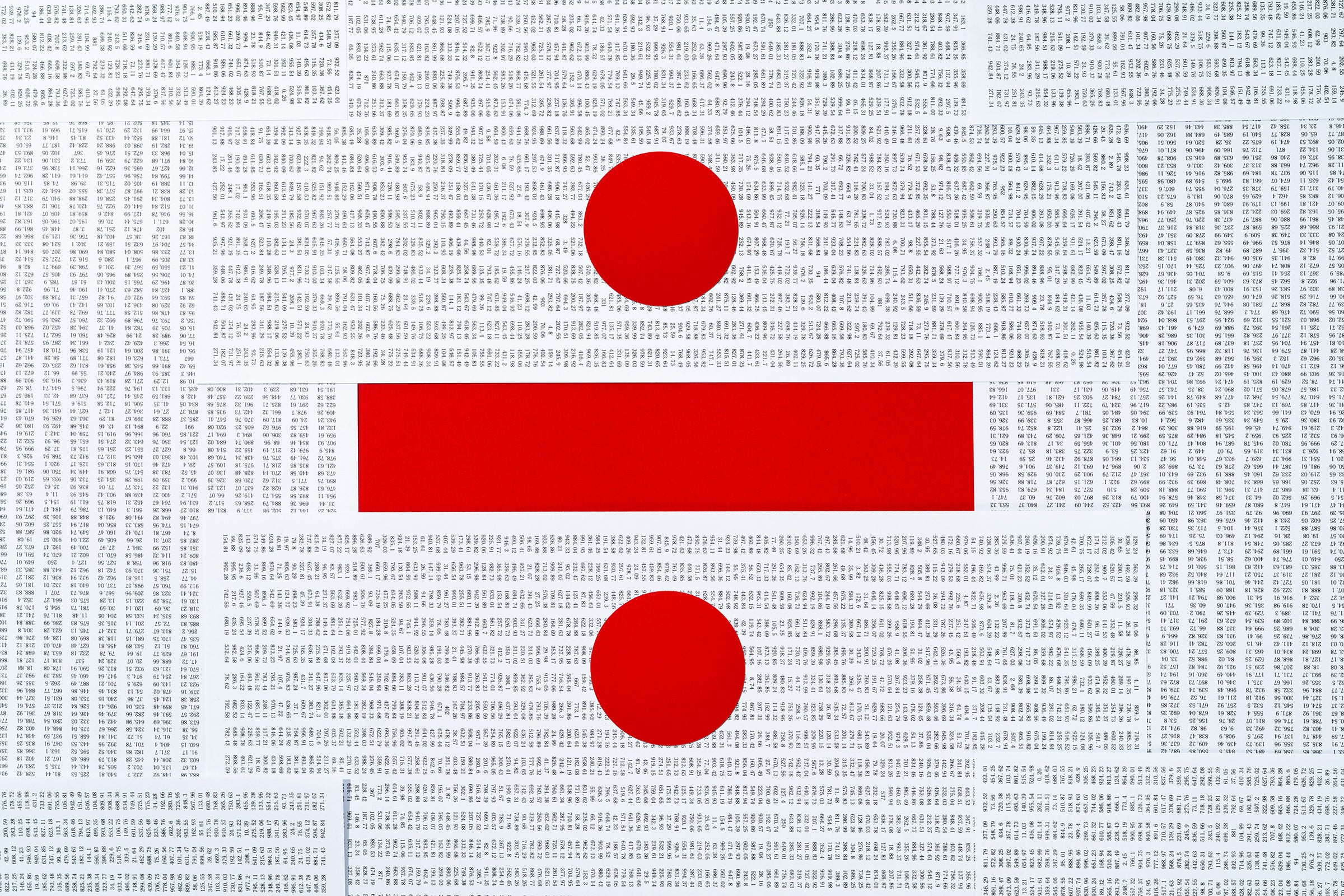 A new organization called the Association for Mathematical Research (AMR) has ignited fierce debates in the math research and education communities since it was launched last October. Its stated mission is “to support mathematical research and scholarship”—a goal similar to that proclaimed by two long-standing groups: the American Mathematical Society (AMS) and the Mathematical Association of America (MAA). In recent years the latter two have initiated projects to address racial, gender and other inequities within the field. The AMR claims to have no position on social justice issues, and critics see its silence on those topics as part of a backlash against inclusivity efforts. Some of the new group’s leaders have also spoken out in the past against certain endeavors to diversify mathematics. The controversy reflects a growing division between researchers who want to keep scientific and mathematical pursuits separate from social issues that they see as irrelevant to research and those who say even pure mathematics cannot be considered separately from the racism and sexism in its culture.

With bias, harassment and exclusion widely acknowledged to exist within the mathematics community, many find it dubious that a professional organization could take no stance on inequity while purporting to serve the needs of mathematicians from all backgrounds. “It’s a hard time to be a mathematician,” says Piper H, a mathematician at the University of Toronto. In 2019 less than 1 percent of doctorates were awarded to Black mathematicians and just 29 percent were awarded to women.

Joel Hass, a mathematician at the University of California, Davis, and current president of the AMR, describes the group as “definitely focused on being inclusive.” He adds that the AMR “welcomes all to join us in supporting mathematical research and scholarship. In early 2022 we plan to open membership to anyone in the world who wishes to join us. There will be no fees or dues. By removing financial barriers to entry, we will make it easier to have participation from anyone across the world. Mathematical research is a truly global endeavor that transcends nation, creed and culture.”

The AMR has presented itself as neutral on social issues. An invitation letter sent to potential founding members of the organization states, “Though individual members may be active in educational, social, or political issues related to the profession, the AMR intends to focus exclusively on matters of research and scholarship.”

Louigi Addario-Berry, a mathematician at McGill University in Montreal, wrote about the AMR on his blog. He told Scientific American he is speaking up because “I think this is an organization whose existence, development and flourishing will hurt a lot of members of the mathematical community who I respect. It is being founded by people who have publicly stated views I find harmful—both hurtful to me as an individual and detrimental to the creation of an inclusive and welcoming mathematical community.”

Hass responded in a statement to Scientific American: “The focus of the AMR is on supporting mathematical research and this goal benefits all members of the mathematics community.” But Addario-Berry questions how the AMR can be neutral on social justice issues when some of its leaders have previously taken strong public stances on some of these topics.

Abigail Thompson is a mathematician at U.C. Davis and current secretary of the AMR. In December 2019, nearly a year after she began her term as a vice president of the AMS, which will end after this month, she wrote an opinion piece opposing the increasingly common practice of asking university faculty candidates to write diversity statements during the hiring process. These statements are meant to demonstrate a prospective hire’s experience with and commitment to supporting a diverse, inclusive environment within a mathematics department. Thompson compared them to McCarthy-era loyalty oaths.

Her piece was published in the Notices of the American Mathematical Society, and created such a stir that thejournal later published 25 pages of responses to it—a mix of negative and positive. (Disclosure: The author of this Scientific American article wrote two unrelated articles for the Notices of the AMS last year.)

Among the responses in the Notices of the AMS were three open letters that were each signed by hundreds of people. One of those letters, which had more than 600 signatures, opposed Thompson’s position and the journal’s decision to publish her article.

Another, which had more than 200 signatures, said, “We applaud Abigail Thompson for her courageous leadership in bringing this issue to the attention of the broader Mathematics Community.” And it described mandatory diversity statements as being among “mistakes to avoid.” Several members of the AMR’s current board of directors signed that letter.

The third letter, which had more than  800 signatures, including most of the members of the AMR’s current board of directors, expressed concerns about the backlash to her piece. Some researchers had advocated telling students not to apply to Thompson’s department at U.C. Davis because of her stance, for instance. Theletter stated, “Regardless of where anyone stands on the issue of whether diversity statements are a fair or effective means to further diversity aims, we should agree that this attempt to silence opinions is damaging to the profession.”

Another AMR founding member and a member of its board of directors, Robion “Rob” Kirby, is a mathematician at the University of California, Berkeley. In a post entitled “Sexism in Mathematics???” on his Web site, he wrote, “People who say that women can’t do math as well as men are often called sexist, but it is worth remembering that some evidence exists and the topic is a legimate [sic] one, although Miss Manners might not endorse it.”

Hass, Thompson, Kirby and some other members of AMR signed a July 13, 2021, open letter opposing potential changes to California’s state math curriculum framework for K–12 public schools. The changes “are meant to address ways curriculum can meet the needs of as many students as possible, making math more accessible,” according to a statement on the California Department of Education’s Web site. But the letter Hass, Thompson and Kirby signed argues that the new curriculum “distracts from actual mathematics by having teachers insert ‘environmental and social justice’ into the math curriculum.” And it states, “We believe infusing mathematics with political rhetoric is alien to mathematics as a discipline, and will do lasting damage—including making math dramatically harder for students whose first language is not English.”

The AMS and the MAA have publicly acknowledged the need to work toward a more inclusive mathematical community. Last year an AMS task force released a 68-page report that, in the organization’s words, details “the historical role of the AMS in racial discrimination; and recommends actions for the AMS to take to rectify systemic inequities in the mathematics community.” In 2020 an MAA committee stated that the mathematics community must “actively work to become anti-racist” and “hold ourselves and our academic institutions accountable for the continued oppression of Black students, staff, and faculty.” It also addressed Black mathematicians specifically, saying, “We are actively failing you at every turn as a society and as a mathematics community. We kneel together with you. #BlackLivesMatter.”

In contrast, the AMR has not released any official statements about injustice. “I am supposed to believe, in the year 2021, that this omission is not itself an act of racism?” asks Piper H, who spoke to Scientific American late last year. “How am I, as a 40-year-old Black American mathematician, parent, and person who has paid a bit of attention to American history and American present, supposed to believe that AMR’s refusal to address the actual obstacles that real mathematicians face to doing mathematical research and scholarship is anything other than an insult and a mockery?”

Hass denies that the AMR’s current silence on diversity, equity and inclusion in the field is a message. “Our membership and planned activities will be open to anyone and everyone,” he says. “The AMR welcomes all who want to join our mission of advancing mathematical research and scholarship. We are broadening opportunities around the world for people to engage in mathematical research.”

“It’s not just a coincidence that the AMR was founded on the heels of a greater push for diversity within the AMS,” wrote Lee Melvin Peralta, a mathematics education graduate student at Michigan State University, in the November 16, 2021, newsletter of the Global Math Department, an organization of math educators. The AMR, Peralta added, “seems more like a separatist organization for those people who are striving for some kind of ‘purity’ within mathematics away from ‘impure’ considerations of race, gender, class, ability, sexual orientation, and socioeconomic status (among others).”

Hass denies that the AMR’s founding had anything to do with the antiracism push at the AMS or the MAA. “The changes in the research environment caused by the COVID pandemic revealed new opportunities for the development and communication of mathematical research, allowing for incorporation of new technologies and international activities,” he says. “We felt there was room for a new organization that would explore these.” Hass adds that “the AMS and MAA are wonderful organizations that we hope to work with, along with other organizations such as SIAM [Society for Industrial and Applied Mathematics], ACM [Association for Computing Machinery] and many non-U.S.-based groups.”

Some of the AMR’s founding members have left the organization amid the controversy. “To create an organization to do something positive requires the trust and goodwill of the community that it wants to affect. And this is something that the AMR does not have at this point,” wrote Daniel Krashen, a mathematician at the University of Pennsylvania, in a November 14, 2021, Twitter thread. “I have no desire to negatively impact the mathematical community by my actions and words. I see that some people feel less safe and less heard by my actions, and for this I apologize. I have decided to withdraw my membership.”