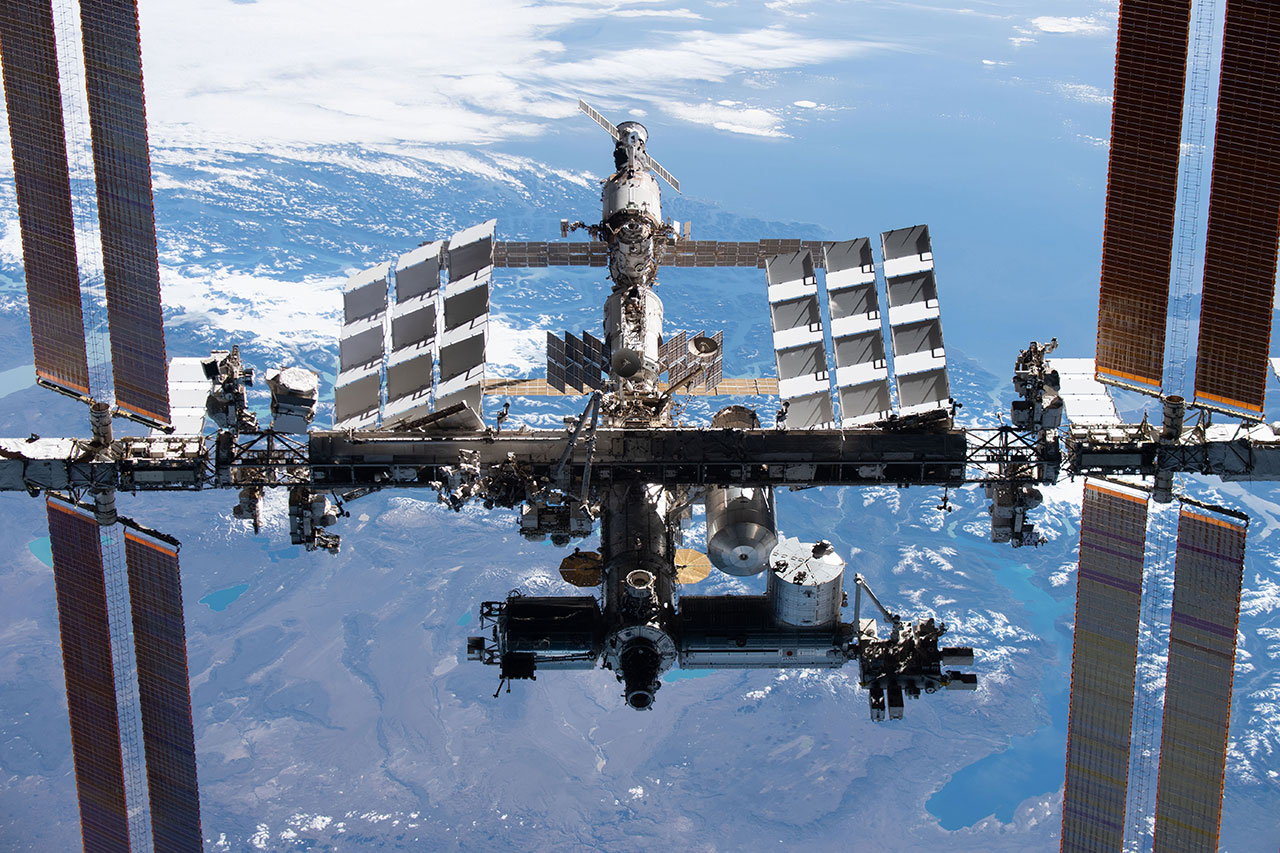 The International Space Station program will continue business as usual, NASA assures us as the U.S. government levies new sanctions against Russia.

Russia invaded Ukraine today (Feb. 24) in a series of military attacks. This action, which sparked international criticism, also prompted new and severe sanctions, U.S. President Joe Biden announced in a public address today. However, despite the new sanctions and continued warfare, NASA has asserted that civil cooperation between the U.S. and Russia in space, particularly with regard to the International Space Station, will continue.

“NASA continues working with all our international partners, including the State Space Corporation Roscosmos, for the ongoing safe operations of the International Space Station. The new export control measures will continue to allow U.S.-Russia civil space cooperation. No changes are planned to the agency’s support for ongoing in orbit and ground station operations,” NASA said in a statement today that agency spokesperson Joshua Finch emailed to Space.com.

Related: What does the Ukraine invasion mean for US-Russian partnership in space?

In a public, televised statement earlier today, President Biden discussed the new sanctions, stating that there will be “new limitations on what can be exported to Russia.”

“We estimate that we’ll cut off more than half of Russia’s high-tech imports. That will strike a blow to their ability to continue to modernize their military. It’ll degrade their aerospace industry, including their space program,” he added.

Biden’s statements did not directly mention NASA, NASA’s collaboration with Russia in space or the space station. However, Dmitry Rogozin, the director of Russia’s space agency Roscosmos, posted a thread of tweets after the speech today that seemed to respond, under the assumption that these new sanctions will interfere with the two nations’ space partnerships.

“Do you want do destroy our cooperation on the ISS?” Rogozin tweeted in Russian (translated with Twitter translate).

“If you block cooperation with us, who will save the ISS from uncontrolled deorbiting and falling into the United States or Europe? There is also the option of dropping a 500-ton structure to India and China. Do you want to threaten them with such a prospect? The ISS does not fly over Russia, so all the risks are yours. Are you ready for them?” Rogozin added.

However, despite Rogozin’s online sentiments, NASA’s statement that followed later tonight seems to suggest that at least for now, the new sanctions will not interfere with international collaboration off Earth.