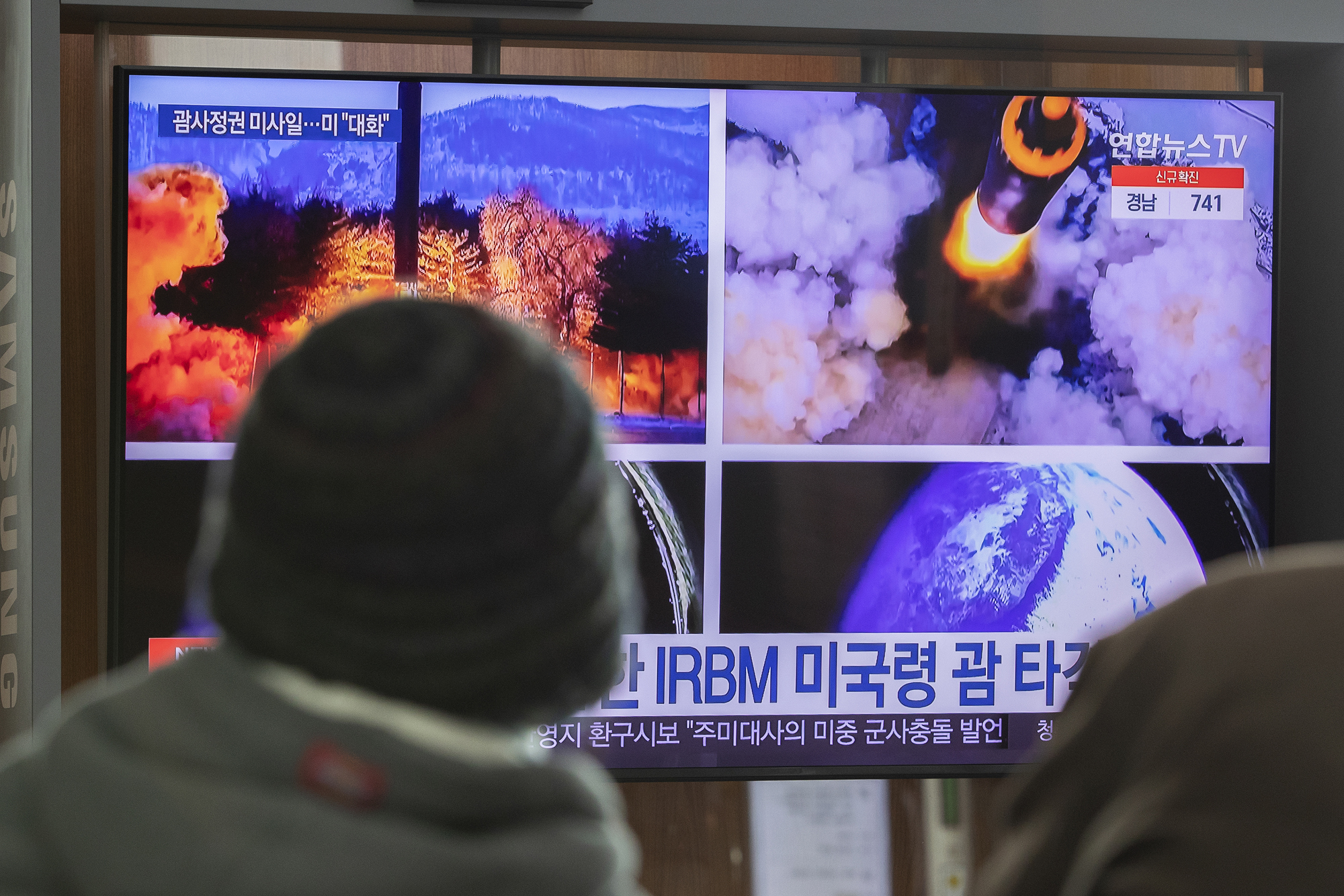 North Korea has launched yet another missile, in what appears to be the nation’s biggest such test in more than four years.

North Korea conducted a test launch of its Hwasong 12 intermediate-range ballistic missile on Sunday (Jan. 30), continuing a very busy January for the rogue nation. And the vehicle managed to snap some photos while it was aloft, according to North Korean officials.

The nation “made public the Earth image data taken from space by a camera installed at the missile warhead,” the state-run newspaper Rodong Sinmun wrote Monday (Jan. 31) in a post that included two photos of our planet apparently taken by the Hwasong 12 from a considerable height.

“It confirmed the accuracy, security and effectiveness of the operation of the Hwasong 12-type weapon system under production,” Rodong Sinmun added.

South Korean and Japanese officials estimate that the Hwasong 12 reached a maximum altitude of about 1,240 miles (2,000 kilometers), flew for 30 minutes or so and covered about 500 miles (800 km) of ground, according to the BBC. The missile apparently flew over Japan, landing in the Pacific Ocean east of the island nation.

Sunday’s launch was the seventh missile test that North Korea has performed in January, the BBC reported. For example, on Jan. 5, the nation launched a rocket topped with a hypersonic glider, a highly maneuverable vehicle that’s more difficult to track and intercept than a traditional ballistic missile.

The Jan. 5 test, and all of North Korea’s other previous launches this month, involved vehicles considerably smaller and less powerful than the Hwasong 12. In fact, Sunday’s launch was apparently the biggest such North Korean test since November 2017, when the nation fired off an intercontinental ballistic missile that reached a maximum altitude of about 2,800 miles (4,500 km).

North Korea is conducting these tests in defiance of sanctions imposed by the United Nations Security Council, which has sought to keep the isolated, nuclear-armed nation and its autocratic ruler, Kim Jong Un, in check.

Kim has flouted these sanctions repeatedly over the years, but this month’s flurry stands out.

“Experts suggest multiple reasons lie behind the spate of launches, including political signaling of strength to global and regional powers, a desire by Kim Jong Un to pressure the U.S. back into long-stalled nuclear talks and also the practical need to test out new engineering and military command systems,” the BBC wrote. “The timing is also seen as significant, coming just before the Winter Olympics in China, and ahead of the South Korean presidential election in March.”