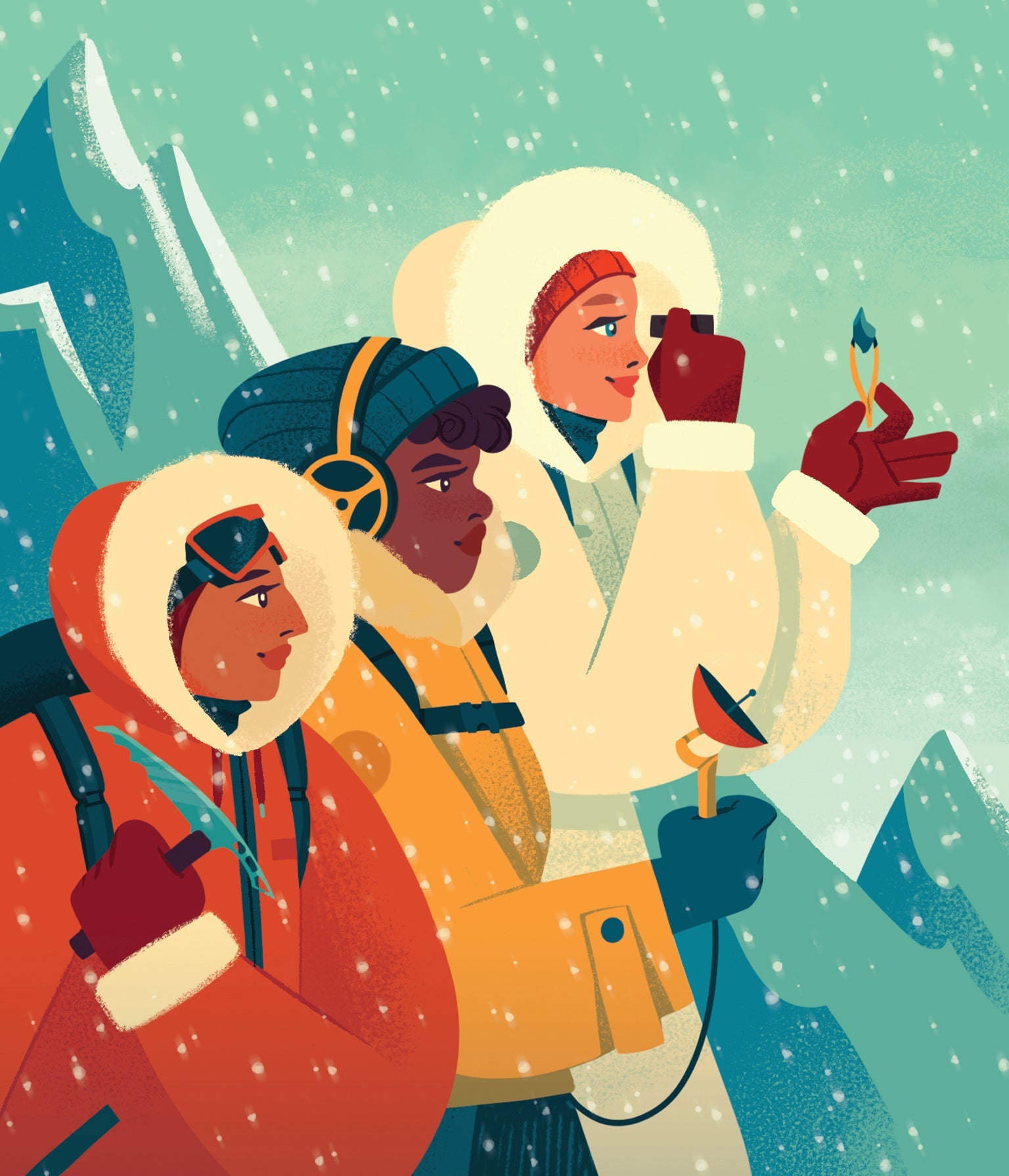 In 1981, as a young scientist, I applied for my dream job as a geologist with the British Antarctic Survey. As a child, I had adored snow and ice. Winter was my favorite season (and still is). My most cherished book was Wilson A. Bentley’s atlas of snowflake photographs, and I avidly read the accounts by Robert Falcon Scott and Ernest Shackleton of their Antarctic expeditions. As a teenager, I enjoyed hiking and camping. I studied earth science in college, and when I graduated with top honors from a premier university in Britain, it did not seem like a stretch to apply for a job as a geologist in a cold and snowy place.

The Survey promptly rejected me via a curt and slightly defensive letter. I could not be considered for that position—or, indeed, for any scientific position—because I was a woman.

The letter explained the rationale: Survey geologists had to sleep in tents. It did not explain why this was disqualifying for a woman. Perhaps they believed that a “lady geologist” (a common phrase at the time) could not use a tent. Or perhaps the Survey could not imagine hiring enough women to share a shelter. So despite my qualifications—and despite the fact that I had slept in tents many times—my application would not be reviewed.

Fast-forward to the present, and it may seem that things have not improved much. Women still struggle to be fully recognized in science. The top tiers of institutions are still populated primarily by men, typically white men. Harassment and hostility remain common. In a 2020 Nature survey of postdoctoral researchers, four out of 10 reported gender discrimination; 90 percent of those people were female. It is not just women who face big hurdles. It is young scientists broadly. And right now, on top of institutional challenges, scientists increasingly have to contend with public and government hostility—at times even harassment—when they work on socially contested subjects such as environmental science, the effectiveness of gun control and public health.

But inclusivity has gotten better in one scientific area, and because 2021 has been so brutal, I decided to try to close out this year by highlighting that field: polar science, the very discipline that once kept me out. Outright exclusion is gone, and scores of women are making major contributions.

Caroline Gleich, a ski mountaineer and climate activist leading an Antarctic expedition this month, has compiled a brief list of women active in cryospheric science today. She came up with more than two dozen. They include Alison Banwell, who studies ice-shelf stability, crucial for anticipating climate-induced sea-level rise; Indrani Das, who works with ice-penetrating radar to understand ice sheets; Cécile Agosta, who is using stable isotopes to understand climate variability in Antarctica; and many more. Several of these women are making extensive efforts to support others: Oregon State University’s Erin Pettit, for example, uses field experience to build confidence among underprivileged women considering science careers. And of course, there are women who paved the way, such as Ellen Mosley-Thompson, who in the 1980s pioneered the use of ice cores in climate reconstruction.

It is striking that many in the current generation of women polar scientists are working on the stability of ice shelves and sheets. This is one of the most important areas of research at the moment because it speaks directly to the impacts of climate change. If the great ice sheets of Greenland and Antarctica start to disintegrate rapidly, they could add many additional meters of sea-level rise globally. Rapid ice-sheet disintegration is a frightening scenario. Once it starts, it will probably be impossible to stop, and people will have very little time to adapt. Women are not working at the margins of climate science; they are working to answer one of its central and most consequential questions.

None of this is to assume that all is well in Antarctic science. I’m sure that women doing research in that region—like women in all areas—continue to face many challenges. But it is to say that 40 years after the British Antarctic Survey refused to consider my application, women are now in the mainstream of polar science. So far as I know, nobody worries about them sleeping in tents.