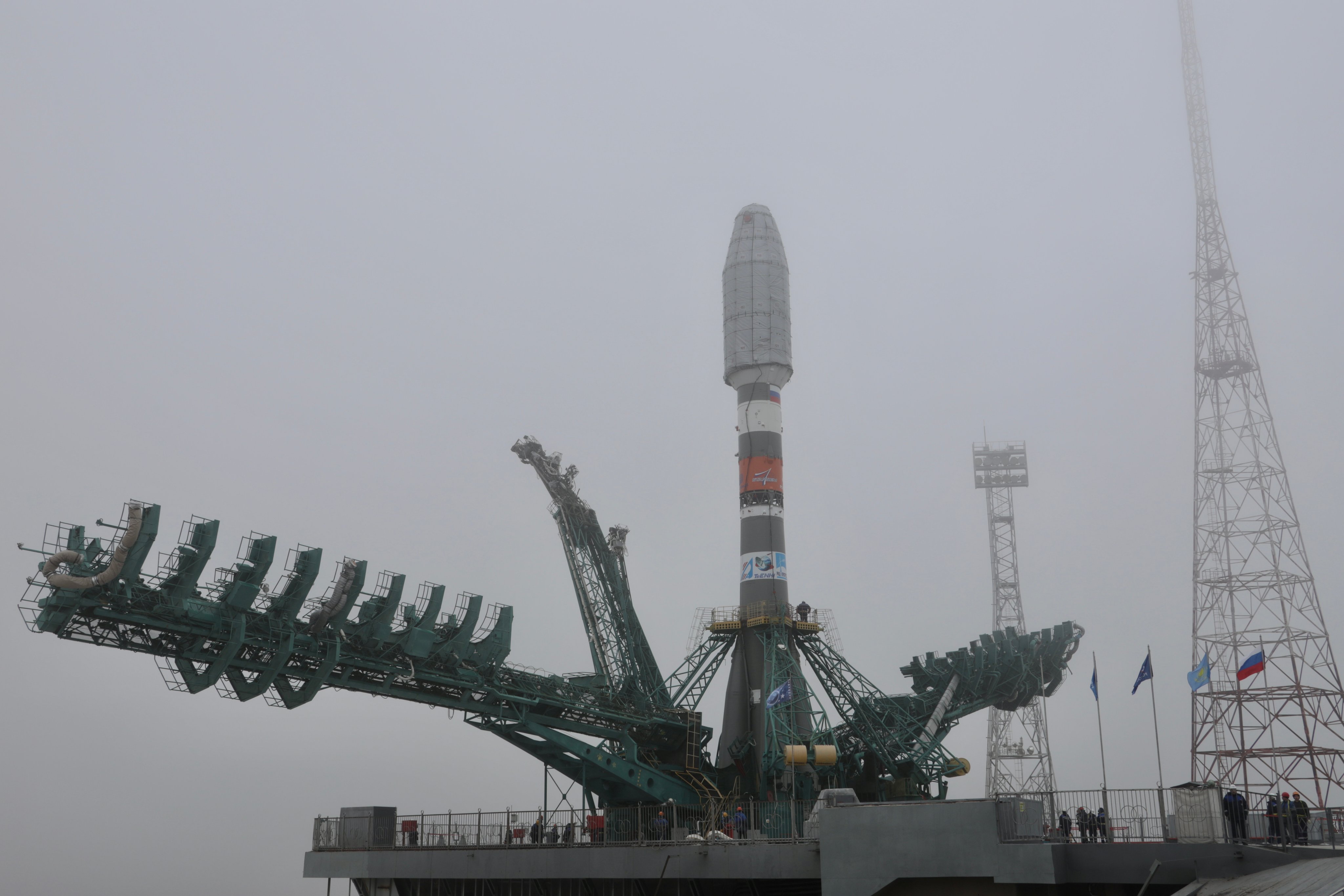 It doesn’t look like OneWeb’s next batch of internet satellites will get off the ground anytime soon.

Thirty-six OneWeb broadband spacecraft had been scheduled to launch on Friday (March 4) atop a Soyuz rocket from Baikonur Cosmodrome in Kazakhstan, which is managed jointly by the Russian Aerospace Forces and Roscosmos, Russia’s federal space agency.

But on Wednesday (March 2), Roscosmos announced that it would not go ahead with the launch unless OneWeb guaranteed that the satellites would not be used for military purposes. The Russian space agency further demanded that the United Kingdom government divest itself from the London-based company. (The UK government helped buy OneWeb out of bankruptcy in late 2020.)

Those demands, issued amid rising tensions centered on Russia’s ongoing invasion of Ukraine, are unlikely to be met. UK government representatives have said that the nation will not sell its shares in OneWeb. And the company has now pulled its employees out of Baikonur, SpaceNews reported on Wednesday.

OneWeb is building a broadband network that will consist of 648 satellites initially. France-based company Arianespace is launching the spacecraft, using Soyuz rockets that have lifted off from Baikonur, Vostochny Cosmodrome in Russia’s Far East and Europe’s Spaceport in Kourou, French Guiana.

To date, more than 420 OneWeb satellites have reached orbit. The remaining spacecraft that will complete the initial constellation are scheduled to launch from Baikonur on a series of missions this year, though it’s far from clear that plan will hold.