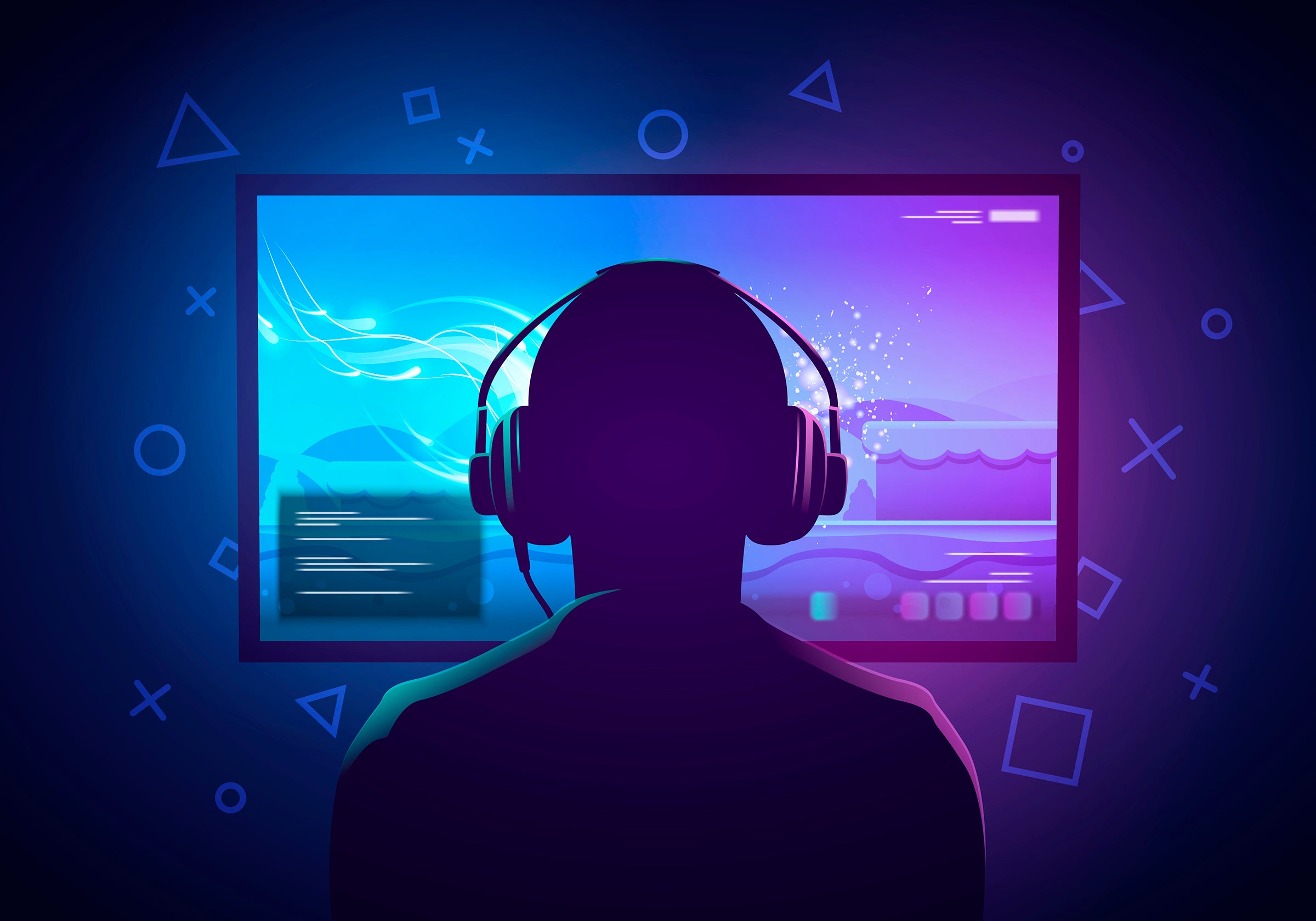 The decreases “aren’t trivial,” as the authors wrote in the study, published on November 19 in Archives of Sexual Behavior. Between 2009 and 2018, the proportion of adolescents reporting no sexual activity, either alone or with partners, rose from 28.8 percent to 44.2 percent among young men and from 49.5 percent in 2009 to 74 percent among young women. The researchers obtained the self-reported information from the National Survey of Sexual Health and Behavior and used responses from 4,155 people in 2009 and 4,547 people in 2018. These respondents to the confidential survey ranged in age from 14 to 49 years.

The study itself did not probe the reasons for this trend. But Scientific American spoke with its first author Debby Herbenick, a professor at the Indiana University School of Public Health–Bloomington, and Tsung-chieh (Jane) Fu, a co-author of the paper and a research associate at the school, about underlying factors that might explain these changes.

Given that research in other parts of the world has already indicated decreases in partnered sex, what do your recent findings add to the picture?

FU: We need more studies to tell us why. But for young people, computer games, increasing social media use, video games—something is replacing that time. During that period from 2009 to 2018, different types of social media emerged. This is always evolving, especially for younger people.

HERBENICK: We don’t expect there to be one explanation or one driver in these decreases. We fully expect that there are multiple things going on for different age groups, different partnership status, different genders. You don’t need those individual pieces to explain a big part of a notable decrease, but … each one [might]  explain a percentage point or two.

Is there any contribution from increases in people expressing an asexual identity?

HERBENICK: We don’t know why more people are identifying as asexual, but I do think more people are aware of it as a valid identity. Even compared with when I started teaching human sexuality in 2003, I routinely had one student in my class who might identify as asexual. Now I have three or four. That’s striking to me. I love that young people are aware of so many different ways to put into words how they feel about themselves. For many of them, they feel that it’s okay to opt out of sex.

In your paper, you bring up increases in “rough sex” as potentially contributing to declines. Can you explain what you mean by rough sex, and how it could be playing a role in these changes?

HERBENICK: Especially for those 18 to 29 years old, there have been increases in what many people call rough sex behaviors. Limited research suggests that an earlier idea of this was what I would consider fairly vanilla rough sex: pulling hair, a little light spanking. What we see now in studies of thousands of randomly sampled college students is choking or strangling during sex. The behavior seems to be a majority behavior for college-age students. For many people, it’s consensual and wanted and asked for, but it’s also scary to many people, even if they learn to enjoy it or want it. It’s a major line of research for our team: to understand how they feel, what the health risks are and how that fits into the larger sexual landscapes.

FU: We have seen what seem to be real shifts in those behaviors. We don’t know to what extent that may be driving some people to opt out, but we do know that some people are feeling frightened and don’t know what to make of what’s being presented to them, especially young adults. They could consent to sex, but something like choking might happen without them being asked before. We see a lot of gender effects in a lot of behaviors for different nonheterosexual identities. For example, bisexual women experience a lot more of these aggressive behaviors.

HERBENICK: We have really been trying to untangle that, too, because it’s not clear from our research how much of those elevated rates are wanted and pleasurable or unwanted, because bisexual women also report higher rates of sexual victimization.

In the report, you note that there are probably multiple reasons that people’s sexual expression has changed.

HERBENICK: Various studies around the world have proposed different explanations, such as economic status. Lower income is associated with greater declines. One study looked at use of computer games among young people [as a possible explanation]. Some folks have tracked declines in alcohol use, and we know that [alcohol use] can be associated with disinhibition. We have seen, somewhat, [an] increase in sex toy use—from what we looked at, not a massive increase. If there is a change, it’s probably just going to contribute to one of the blips. I don’t expect it to be the explanation.

Do you have suggestions for people who might be reading this interview and wondering, “Should I do something with this information right now?”—maybe from the perspective of themselves, their partner or partners, or discussions with their children?

FU: For parents, it would be great to have open conversations with their children, especially teens, about sex. Sex in recent years looks very different, whether it’s the emergence of technologies or of new sexual behaviors. We hope that parents can play an active role in guiding their children, not just to warn them of the risk of various sexual behaviors but also to educate them on how to have meaningful relationships and eventually satisfying and pleasurable sex.

HERBENICK: For many of us, I think it is worth asking a few things: How do I feel about my sexual life? How does my partner feel? Ask them! Some people may look around and feel like the sexual interactions they do have are pleasurable, connecting, joyful and make up a satisfying sex life for them. Others might look around and say, “You know, 10 to 15 years ago, when we couldn’t stream as many fun shows on TV, we watched a lot less television, and we had sex more often. I wonder how we might have sex more often?”

More generally, could you elaborate a bit about how sexual activity with or without partners intersects with other aspects of health and what “sexual health” looks like?

HERBENICK: Sexuality is such an important part of life, and understanding changes that occur matters to how we understand what is shifting about the human experience. We know that sexual activity can help people to relax, fall asleep, reduce stress, feel intimate and connected and thereby improve their relationships—and may even help to boost their immune system. And sex can also just be fun, pleasurable and joyful—a way to express oneself in vulnerable ways. Sexual health is multidimensional and not just about the presence or absence of infections or disease but about the potential for pleasure, access to accurate information about sexuality, bodily autonomy and ability to have sexual experiences that are free from violence or coercion.

What sorts of effects on these behaviors do you already see or anticipate from the pandemic, which of course was not tracked in your study?

FU: We know that things are changing a lot when people are at home. Being able to work from home has allowed some long-distance partners to spend more time together or even live together. But for partners that do not live together and do not have that option of working remotely, difficulties in travel may lead to even less time together. For those living with their partner, more time spent together at home may not necessarily lead to more and more satisfying or pleasurable sex. Being quarantined, social distancing, financial difficulties, working from home could all lead to strains in the relationship. Loss of or the instability of childcare because of the pandemic can restrict the sex lives of those who are parents.

HERBENICK: Certainly people who do not live with partners have, by and large, been more constrained in partnered sex over the past two years, with some relaxation of that since the widespread availability of vaccines and vaccine boosters. But ultimately we don’t live in a vacuum, and our sex lives don’t occur in a vacuum, so there are myriad factors. The past two years have also brought lots of grief for people who have lost family members to COVID. Many people are dealing with long COVID and related health challenges, job loss and financial strain. And more people of all ages are dealing with anxiety and depression since the pandemic. So these all have influences on sexual interest and sex drive, too.