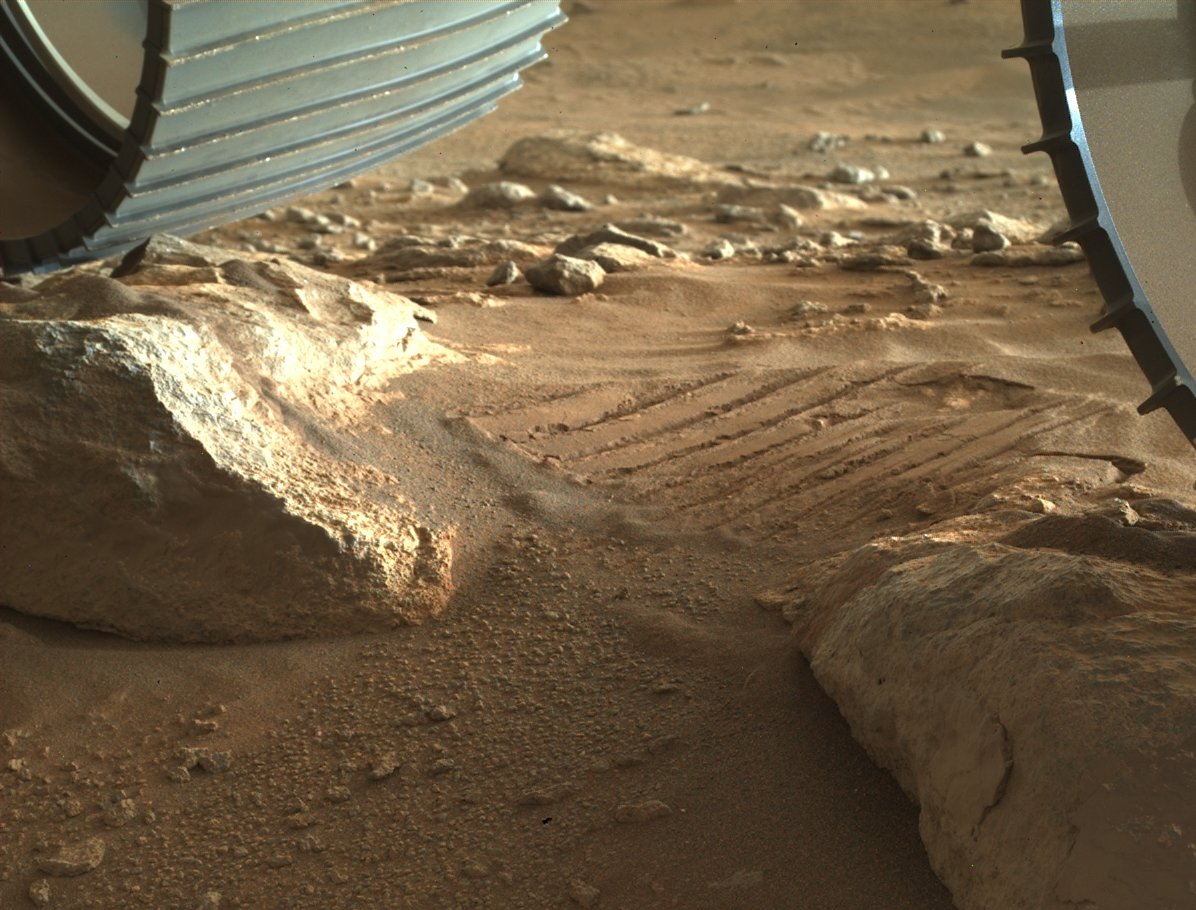 A quick twist and shake relieved NASA’s Perseverance rover on Mars of the last two pebbles clogging its sampling system.

The trouble began during the rover’s sixth Red Planet rock sample, on Dec. 29. Pebbles got stuck along the rover’s bit carousel, which passes rock samples into the spacecraft’s internal handling system for processing. After a few weeks of analysis, the Perseverance rover attempted to get rid of the final pesky pebbles by reversing up onto some nearby rocks. Perched on top of the rocks, the rover did a twist with one foot to shake loose the debris, according to NASA.

“When you run into a challenge, sometimes it’s best to step back and shake it off,” mission team members said on Tuesday (Jan. 25) via Perseverance’s Twitter account. “I reversed up onto some nearby rocks to get tilted, and did a twist with one foot. Somewhere along the way I’ve shaken loose the other two pebbles in my sampling system. Back to #SamplingMars soon!”

Related: Where to find the latest Mars photos from the Perseverance rover

When you run into a challenge, sometimes it’s best to step back and shake it off.I reversed up onto some nearby rocks to get tilted, and did a twist with one foot. Somewhere along the way I’ve shaken loose the other two pebbles in my sampling system. Back to #SamplingMars soon! pic.twitter.com/gAs6E0tGcfJanuary 25, 2022

Earlier recovery efforts were made to clear some of the clogged rock fragments. On Jan. 15, the rover team performed a test to eject rock fragments from Perseverance’s rotary-percussive drill. The rover’s robotic arm oriented the drill downward and rotated it, causing a small amount of the clogged sample to fall to the Martian surface, according to a NASA blog post released on Jan. 21.

The team then decided to dump the rest of the sample from Tube 261 on Jan. 17, also using the rover’s rotary-percussive drill. By pointing the tube toward the ground and shaking it for 208 seconds, the rover was able to clear most, if not all, the debris from the tube, meaning it can be reused for caching a fresh rock sample, according to the blog post.

On Jan. 17, the rover team also rotated the bit carousel about 75 degrees and then back to its original position. This maneuver ejected two upper pebbles, which were believed to have blocked the rover from processing its last sample, mission team members said in a tweet posted Jan. 21.

“Like all Mars missions, we’ve had some unexpected challenges. Each time, the team and our rover have risen to the occasion,” NASA officials wrote in the blog post. “We expect the same result this time — by taking incremental steps, analyzing results, and then moving on, we plan to fully resolve this challenge and get back to exploration and sampling at Jezero Crater.”

A primary goal of the Perseverance mission is to collect rock samples for a planned sample-return mission to pick up in the future and bring to Earth for scientists to study firsthand.