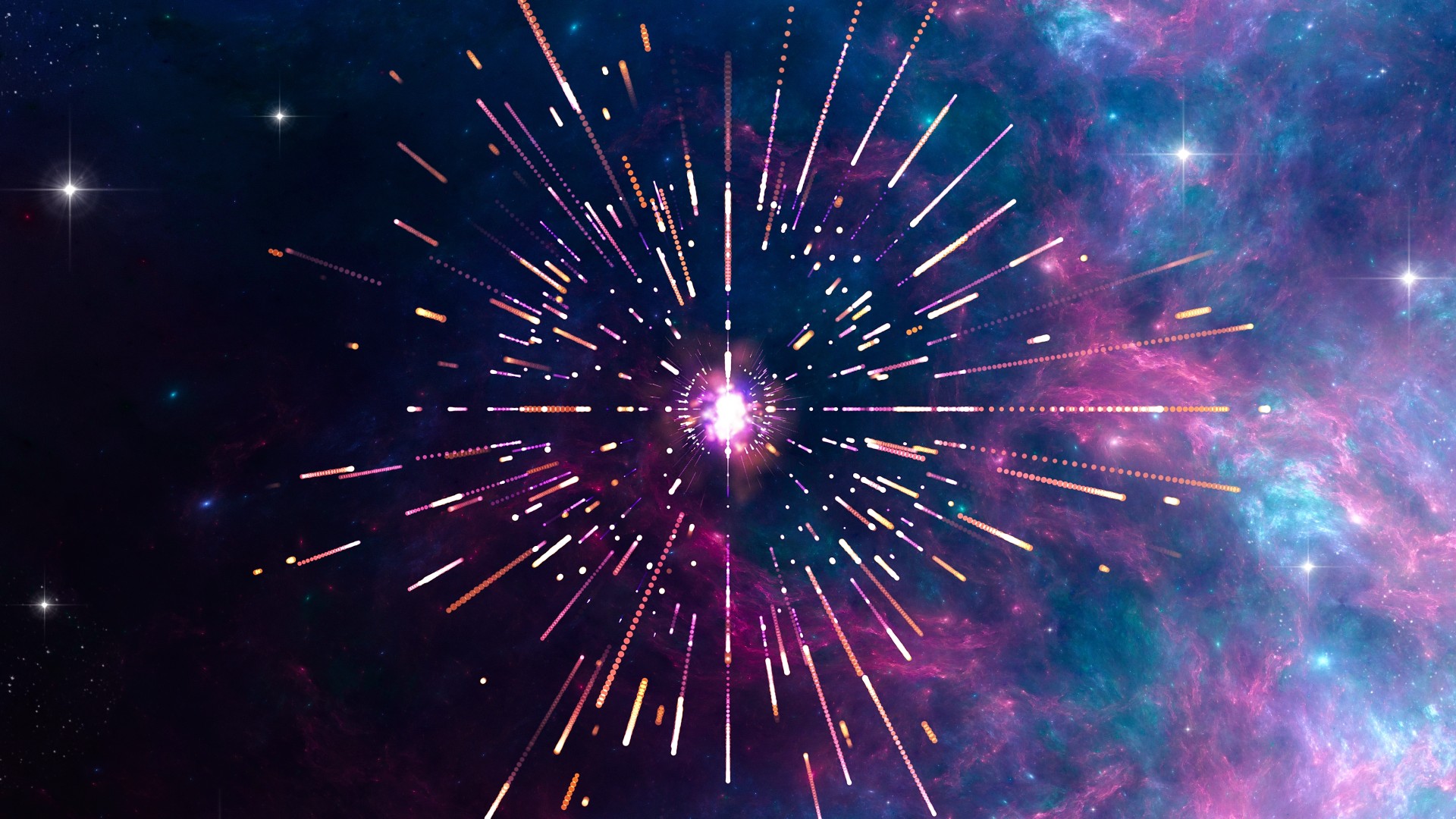 Ghost-like particles called neutrinos hardly ever interact with normal matter, giving the teensy apparitions supreme hiding powers. They are so elusive that, in the decades since their initial discovery, physicists still haven’t pinned down their mass. But recently, by plopping them onto a 200-ton “neutrino scale,” scientists have put a new limit on the neutrino’s mass.

With the world’s most sensitive neutrino scale, physicists analyzed a flood of data to determine that the elusive particle is no heftier than 0.8 electron-volts (eV), the first time an experiment has pushed below the 1 eV threshold for the weight of any subatomic particle. For comparison, an electron weighs about 511,000 eV, or 9.11 x 10^-31 kilograms.

In other words, they ain’t afraid of (measuring) no ghosts.

Neutrinos are perhaps the most troublesome of all the known particles in physics. In the Standard Model of particle physics, the gold-standard explanation for how nature works at a fundamental level, neutrinos shouldn’t have any mass at all. That’s because of the particle’s introverted attitude toward the rest of its quantum realm. Other particles, like electrons, get their masses through interaction with a quantum field created by the Higgs boson particle. (Imagine one particle breezing through a pond of water versus another having to slog through a tub of molasses, and you can see how the Higgs field could impart different masses on particles that interact with it.) But no such mechanism exists for the neutrinos, and so for decades physicists just assumed that like photons the little particles were completely massless.

Related: What is the smallest particle in the universe?

And that idea of a massless neutrino worked in the field of physics for some time, even after more information was learned about neutrinos, such as the fact that they come in three kinds, or “flavors,” one for each kind of interaction they can participate in: Electron-neutrinos appear along with electrons; muon-neutrinos pair with muons; and tau-neutrinos go along with tau particles. This idea of flavors fit fine with a massless neutrino. But then in the 1960s, physicists began to notice that these three neutrino species can “oscillate,” or change from one flavor to another as they travel.

In order to oscillate between flavors, neutrinos need mass. And it turns out that, like flavors, there are three different neutrino masses. For the oscillation to work the three masses must be greater than zero, and all different. That way, the three masses travel at different speeds, and the flavors oscillate depending on the quantum state of the three masses. If the masses were all zero, neutrinos would travel at the speed of light and wouldn’t have a chance to oscillate. Each mass does not, however, line up with an individual flavor and instead each flavor is composed of a mix of these masses. What we see as an electron-neutrino, for example, is a complex combination of three different neutrinos with three different masses.

To date, physicists do not know the masses of the three neutrinos. They only have limits provided by various experiments on the total combined neutrino mass and some of the differences in masses between different ones.

Nailing down the mass of any of the neutrino species would be a big help in particle physics, because we don’t know how they have mass. There are lots of theoretical models out there, but we don’t know which is correct. A known mass could help this effort.

In Germany, the Karlsruhe Institute of Technology’s KATRIN (Karlsruhe Tritium Neutrino Experiment) device is designed to do exactly that. The device features an absurdly large amount of tritium and a gigantic, 200-ton (180 metric tons) spectrometer, which measures the energy of electrons.

Tritium is a rare, radioactive isotope of hydrogen containing one proton and two neutrons. It naturally breaks down through a process called beta decay, in which one of the neutrons inside the nucleus spontaneously transforms into a proton (through an interaction involving the weak nuclear force). The result? The transformation results in the emission of an electron and an electron antineutrino, the antiparticle partner of the electron-neutrino.

The amount of energy released by the reaction is set by the nuclear energy of the tritium atom, and so the electron and neutrino must share a combined total of 18.6 keV of energy between them. Because tritium is such a light atom, this is one of the lowest energies possible for neutrinos to have, which makes the measurements of the tiny neutrino mass as easy as possible.

Sometimes the reaction will give more energy to the neutrino, and sometimes less. Whatever is leftover must go to the electron. If the neutrino is massless, then there’s no lower limit to the energy it can have, just like there is no lower limit to the energy a photon can have. But if the neutrino does have mass, then it will always have its rest-mass energy, meaning the energy stored inside a neutrino at rest due to its mass. (Remember, according to Einstein’s famous equation E=mc^2, energy is equal to mass multiplied by a constant number, the speed of light squared.) And that rest-mass energy will never, ever be available to the electron.

So the name of the game with KATRIN is to measure the energy of electrons coming out of the tritium decays using its giant spectrometer. The highest energy electrons will have an energy close to 18.6 eV, but fall just a little bit short. That difference is precisely due to the mass of the neutrino.

Measurements of the neutrino mass with KATRIN began in 2019, and by now the physicists have it down to, well, a science.  “KATRIN as an experiment with the highest technological requirements is now running like a perfect clockwork,” said Guido Drexlin from KIT, the project leader and one of the two co-spokespersons of the experiment.

The experiment required loads of tritium decay reaction. “This laborious and intricate work was the only way to exclude a systematic bias of our result due to distorting processes,” said coordinators Magnus Schlösser at KIT and Susanne Mertens from the Max Planck Institute for Physics and Technical University of Munich. Those “distortions” are all the possible sources of contamination that can also affect the electron energy in the signal, like the effects of magnetic fields and inefficiencies in the detector.

In the latest release, the team measured the energy of over 3.5 million individual electrons. That number itself represents less than a thousandth of all the electrons emitted by the tritium, since the team was only interested in the highest-energy electrons to probe the neutrino mass.

After such a prodigious effort, the international collaboration announced a confirmation that the neutrino is no bigger than 0.8 eV. Further work with KATRIN will continue to refine this result and possibly discover additional species of neutrinos that may be flying around.

Feel free to insert your own ghost-busting joke here.