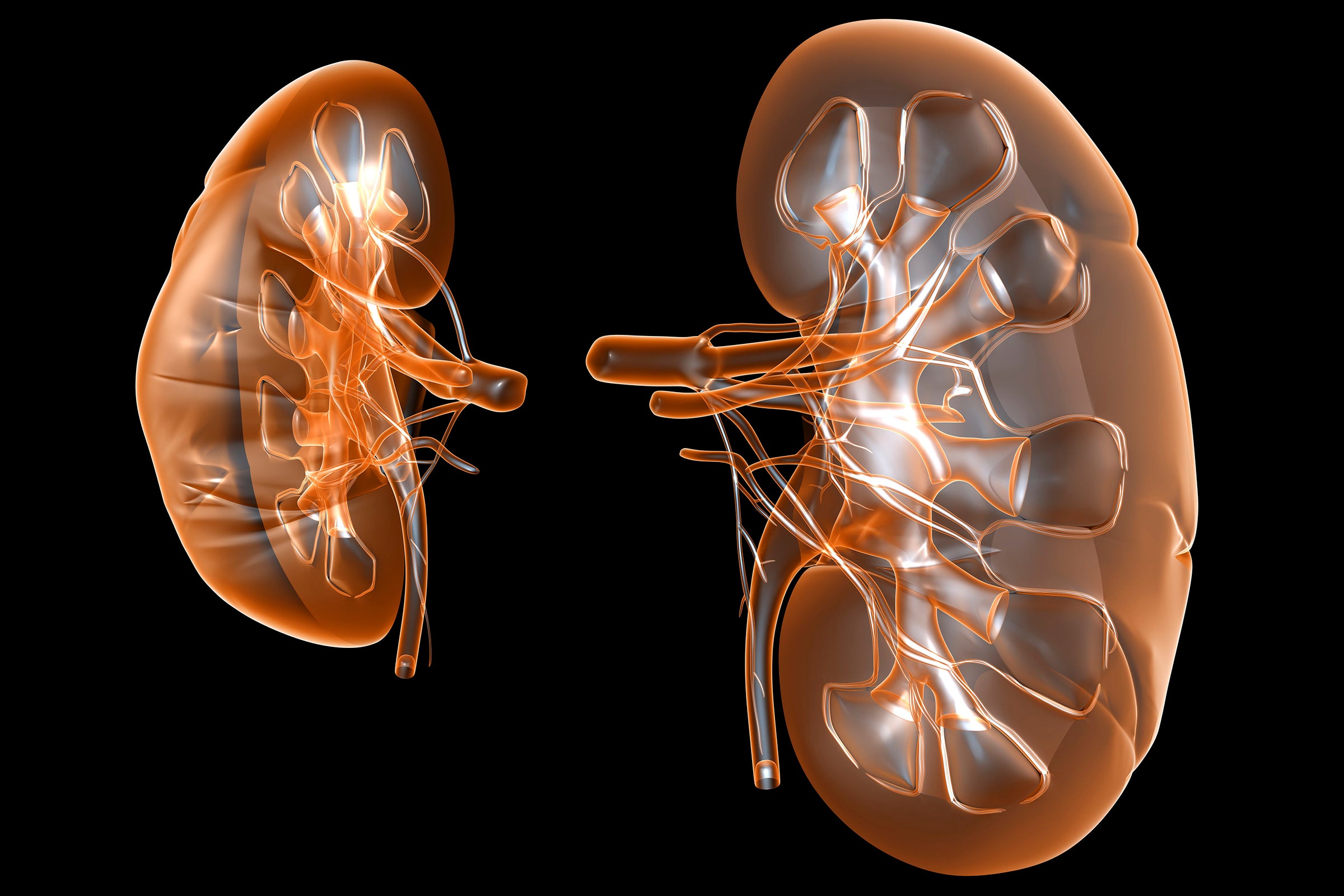 It’s an exciting time to be an organ transplant physician. Just two weeks ago, doctors in Baltimore reported completing the first successful transfer of a pig heart into a living human patient. Now pig kidneys might be just around the corner.

In late September 2021 a team of researchers transplanted a gene-edited pig’s two kidneys into the body of a person who had undergone brain death (the irreversible loss of all brain function) in a procedure designed to fully simulate clinical transplantation. Once inserted, the new kidneys sustained blood flow and even produced urine until the study ended 77 hours later. The results were published on Thursday in the American Journal of Transplantation.

“It really demonstrated that we have the infrastructure to be able to do this,” says the new study’s lead surgeon Jayme Locke, a transplant surgeon at the University of Alabama at Birmingham (UAB). The investigation’s standardized process “is going to be just as important as demonstrating that the pig kidneys are viable in humans.”

An organ transplant is full of risks. The human immune system is remarkably good at distinguishing between “self” and “nonself,” and when it detects a foreign entity—whether a virus, a strange bacterium or someone else’s internal organ—it mounts an attack. This is great for fighting disease. But in the context of transplantation, a strong immune response can eventually cause the body to reject the new organ. To avoid this, doctors prescribe immunosuppressing drugs to the recipient. Unfortunately these medications also leave the patient susceptible to viruses and bacteria. “The biggest risk is [miscalculating] this balance between rejection and infection,” says Dorry Segev, a kidney transplantation specialist at Johns Hopkins University, who was not involved in the research.

For patients receiving a nonhuman organ, a procedure called a xenotransplantation, that risk is multiplied. Xenotransplants (and, in rare cases, poorly matched human organ transplants) can trigger a phenomenon called hyperacute rejection, in which the body begins aggressively attacking the new organ within hours or even minutes of surgery. “It’s a different type of rejection. And it’s a fundamental barrier,” says Paige Porrett, director of vascularized composite allotransplantation and of Clinical and Translational Research at UAB’s Comprehensive Transplant Institute and lead author of the study.

Porrett’s team overcame this obstacle by using kidneys from a designer swine with 10 key genetic tweaks to make its organs a better match for humans. For instance, the donor pig was equipped with genes to help prevent blood clots and regulate blood vessel strength. Another gene, involved in responding to growth hormones, was knocked out to ensure that the transplanted kidneys stayed human-sized inside its recipient. “I certainly wouldn’t want a pig-sized kidney,” Locke says.

The team’s procedure was not the first pig-to-human kidney transplantation: that operation took place on September 25 at NYU Langone Health, and the recipient was also a person without brain activity. “It was pretty exhilarating,” says Robert Montgomery, director of the NYU Langone Transplant Institute, who performed the surgery with his team. His and his colleagues’ research was designed primarily to test the viability of the single kidney. While the organ functioned successfully, removing waste from the blood and disposing of it in the form of urine, it was attached to a blood vessel in the recipient’s upper leg rather than implanted in the abdomen, where kidneys normally go.

In contrast, the UAB team executed a full clinical transplant procedure, from assessing organ compatibility to removing the recipient’s kidneys and replacing them with the xenotransplants. The researchers also took pains to ensure that the donor pig was raised in a pathogen-free facility, and they had the entire process reviewed by an ethics board. “At times that felt harder than the actual science that we were doing,” Porrett says.

The transplantation itself went smoothly: the kidneys showed no signs of hyperacute rejection and even began to function. Within 24 hours, the right kidney produced around 700 milliliters of urine—about as much as an average adult makes in a day. The left kidney only produced a few milliliters on the first day but became more active by the second. This was not unexpected, however, Locke says, because up to a week of delayed function sometimes occurs in human-to-human transplantations.

Keeping a body going for more than a week after brain death is typically difficult. Montgomery notes that the kidneys developed tiny blood clots called fibrin thrombi, but that this may be the result of the patient’s condition. “There are complications after brain death,” he says. “It can be quite stormy.” Jim Parsons, the recipient in the UAB study, had been deceased for five days when the operation took place, so the trial was terminated after an additional three days when liver failure and other problems set in. The team hopes to name its protocol the “Parsons model” in honor of him and his family.

There is still a lot of work to do before xenotransplantation becomes routine. Locke and Segev agree that it will take at least another five to 10 years’ worth of research before pig kidneys could potentially go mainstream. But they say that these advances are incredibly encouraging. We may be fast approaching the day when the nearly 100,000 Americans on the organ transplantation list will no longer have to wait—sometimes for years or in vain—for a human donor.

“For the first time ever, I feel like I will see xenotransplantation in my career,” Segev says. “I don’t say that lightly.”