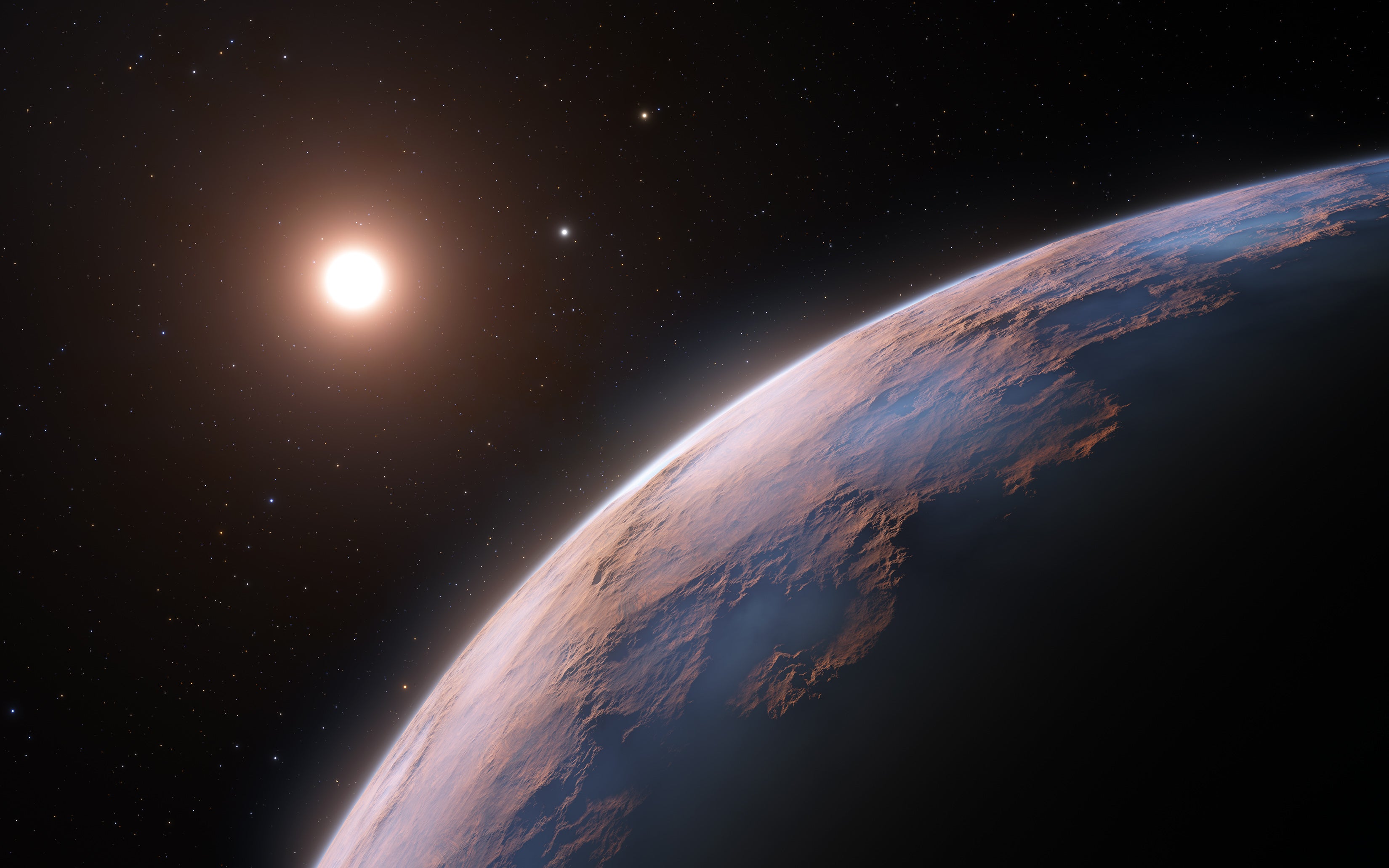 Astronomers have found evidence of a third planet circling Proxima Centauri, a red dwarf star that lies a mere 4.2 light-years from our solar system. The candidate world, known as Proxima d, is estimated to be just 25% as massive as Earth, making it one of the lightest known exoplanets if it ends up being confirmed.

“The discovery shows that our closest stellar neighbor seems to be packed with interesting new worlds, within reach of further study and future exploration,” study lead author João Faria, a researcher at the Instituto de Astrofísica e Ciências do Espaço in Portugal, said in a statement.

Proxima Centauri is known to host one planet for sure—the roughly Earth-size Proxima b, which completes one orbit every 11 Earth days. That puts Proxima b in the star’s “habitable zone,” the just-right range of orbital distances where liquid water could exist on a world’s surface.

Proxima b was spotted in 2016. Three years later, researchers reported the detection of a possible second world in the system, a candidate called Proxima c that’s at least six times more massive than Earth. If Proxima c exists, it’s likely too cold to host life as we know it on its surface; the putative planet takes 5.2 years to complete one orbit around Proxima Centauri, which is much smaller and dimmer than the sun.

Now, Faria and his colleagues report the existence of another candidate in the system: Proxima d, which completes one lap around Proxima Centauri every five Earth days. That orbit suggests that Proxima d is too hot to host Earth-life surface life, if the planet does indeed exist (though the habitable zone is a squishy and tricky concept that should not be taken as gospel). (Like Proxima c, Proxima d still needs to be confirmed by follow-up observations.)

ESPRESSO detected the first hints of a possible third world in the Proxima Centauri system in 2020, while making observations that confirmed the existence of Proxima b. Faria and his team then conducted follow-up measurements, which suggested that the new signal is being generated by a planet rather than other factors, such as variable stellar activity.

ESPRESSO finds planets via the radial velocity technique, noticing the slight wobbles in a star’s motion induced by the gravitational tug of an orbiting world. In the case of Proxima d, these tugs were very slight indeed, corresponding to a planet with a minimum mass one-quarter that of Earth. That would make Proxima d the lightest planet ever detected using the radial velocity method, the researchers wrote in the new study, which was published online today (Feb. 10) in the journal Astronomy & Astrophysics.

“This achievement is extremely important,” study co-author Pedro Figueira, the ESPRESSO instrument scientist at ESO in Chile, said in the same statement. “It shows that the radial velocity technique has the potential to unveil a population of light planets, like our own, that are expected to be the most abundant in our galaxy and that can potentially host life as we know it.”

“This result clearly shows what ESPRESSO is capable of and makes me wonder about what it will be able to find in the future,” Faria added.

Copyright 2022 Space.com, a Future company. All rights reserved. This material may not be published, broadcast, rewritten or redistributed