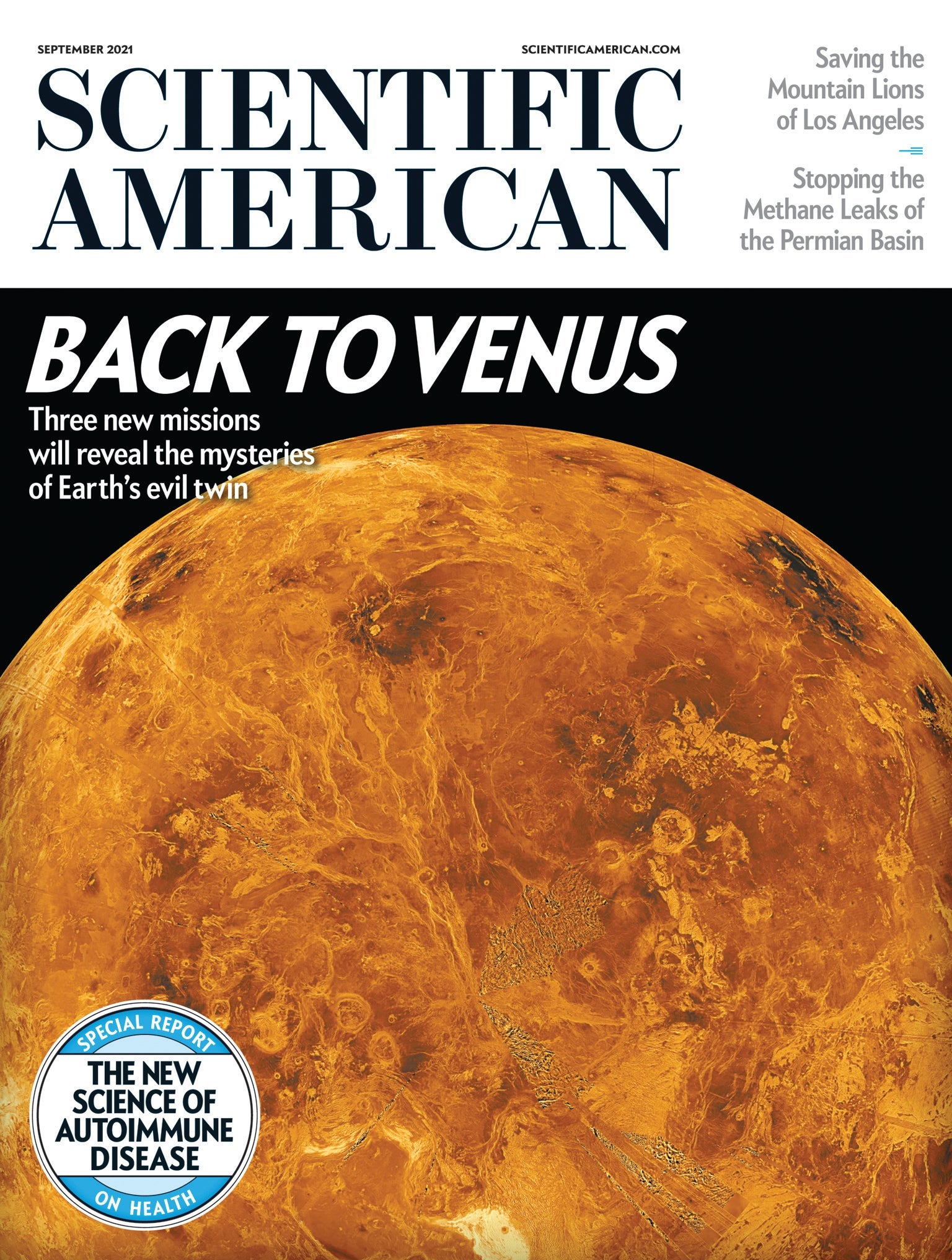 In “Lifting the Venus Curse,” Robin George Andrews writes about discoveries that expand our understanding of our close planetary neighbor Venus. Enormous sums of money are tossed about in that quest as if they were almost insubstantial. But explorations of outer space do more to satisfy our curiosity than advance the human condition on our own planet. One wonders if the gazillions spent on space exploration could instead have, at least in part, been focused on medical research and basic charitable work to help the still struggling human beings afflicted with illness and poverty.

It would be of interest for a NASA scientist to convince a mother who just lost her infant daughter to malnutrition why it was more important to learn about potential organisms floating in the upper atmosphere of Venus than to invest just a fraction of those sums in providing sufficient sustenance to help her child survive.

Let’s be honest: These space explorations are exciting but represent a triumph of technology over purpose. They satisfy our curiosity while neglecting the very human needs we and our planet will require to solve our wearisome but crucial problems closer to the ground on which we tread.

ANDREWS REPLIES: The notion that we can spend grand sums of money only on either space exploration or remedying the myriad ills faced by billions on terra firma is a false dichotomy. Not only does improving our understanding of the cosmos benefit our species both intellectually and practically, but the world’s wealthiest nations are perfectly capable of funding both the exploration of our neighboring worlds and the amelioration of Earth’s most imperiled people. The cost of a single mission such as VERITAS or DAVINCI+, one that is designed to gather scientific data for many years, is roughly $600 million. That may sound like a lot, but it’s worth noting that the U.S. military got $778 billion in 2020 alone. So if there is a debate to be had on the federal government’s funding priorities, perhaps this is where its focus should be.

Thank you for pointing to the problems with the U.S.’s recent responses to disasters in “Fix Disaster Response Now” [Science Agenda]. I would suggest that cascading effects caused by both storms and other natural hazards, initiated by industrial and transportation failures and disease events, are responsible for a disproportionate number of serious outcomes with social and environmental justice consequences. They do this by triggering other failures that cause more failures.

My colleagues and I have studied U.S. hazard-mitigation plans and find that only a few states and cities seriously consider them and even fewer develop their spending plans around them. We have proposed that this form of event receive special attention in risk assessment and management and be supported by special federal grants.

I read Claudia Wallis’s piece on a vaccine for “Poison Ivy Relief” [The Science of Health] with great interest. My wife loves gardening but has terrible reactions to poison ivy, whereas I am rarely able to prioritize horticulture but am immune to the plant’s effects. I wonder how common this kind of immunity is and how it develops. My father is also immune to poison ivy. Could the capacity for this trait be hereditary? And is it possible to develop immunity through exposure?

It’s not just poison ivy in my case. As a teenager, I moved to the U.S. from a somewhat rural area in Scotland. When I was younger, I played all day in orchards and fields and bushes near where we lived. I had many painful encounters with stinging nettles. As I got older, however, I became immune to them. I assume it was through exposure.

Wallis’s article brought me back to a few years ago, when I had somehow gotten a poison-ivy-like rash around my mouth, and it swelled and spread down my neck. This oozing and crusting rash was a very scary situation, so I saw my allergist. He claimed to have never seen something this serious in his whole career and asked if I fell asleep in the woods! I told him I had been nowhere near any wooded area. After a bit of research, we were able to conclude that the reaction was caused by the urushiol oil on the skin of a mango! It was the first fresh mango I had ever eaten in my life.

With a vaccine such as the one detailed in this article, I might be able to enjoy mangos comfortably one day. In the meantime, for those prone to poison ivy reactions, beware the mango skin!

I am in contact with poison ivy almost every day during my conservation work at a local park, where I teach my volunteers how to avoid it. While I did react to the plant with moderate intensity as a child, I have never gotten a rash or itch from poison ivy in the past 50 years. Did my body develop the equivalent of a vaccine? Or did my brain figure something out?

WALLIS REPLIES: The Centers for Disease Control and Prevention estimates that 80 to 90 percent of adults react to urushiol, the irritating chemical in poison ivy. That leaves 10 to 20 percent who, like Palmer, appear to be unaffected. That said, sensitivity to poison ivy can develop at any point. In fact, people often do not react to the plant the first time they are exposed to it. There is no good evidence that one can develop immunity to it through exposure. And there is so little research on poison ivy that we cannot explain Imlay’s unusual loss of sensitivity.

Mangos, cashews and pistachios can contain small amounts of urushiol. Very sensitive people may have a reaction like that of Brown.

In “The Stuttering Mind” [August 2021], Lydia Denworth reports on how stuttering originates in neural wiring and genes. She does not mention an effect shown by my friend who stutters when speaking but not when singing. Is this common? And if so, does the effect help us understand stuttering or suggest ways to reduce it?

DENWORTH REPLIES: Singing has been found to increase fluency in people who stutter, if only temporarily. It may be that singing enhances auditory feedback loops in the brain. It is also possible that singing changes articulation patterns in ways that reduce disfluencies. In addition, it seems that the familiarity of favorite songs reduces stuttering. All these ideas are being explored therapeutically.