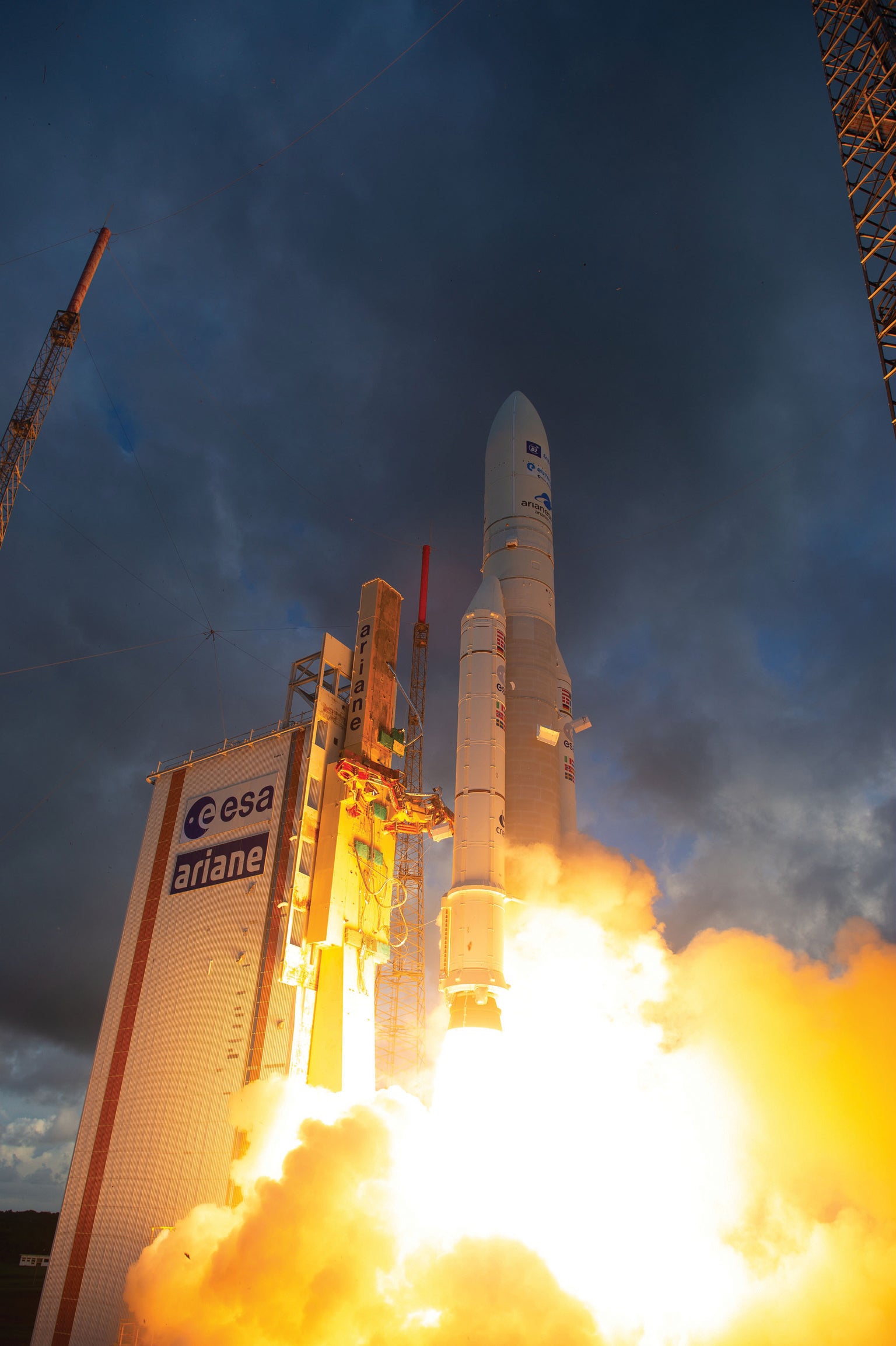 Companies, governments and other customers will soon be able to directly access instruments on a satellite and assign them new missions on the fly. According to program manager Frédéric Piro, the Eutelsat Quantum, which blasted into space from Kourou in French Guiana this summer, is the world’s first commercial satellite that can be fully reprogrammed in orbit. Adjustable antennas, reconfigurable transmission beams and customized electronics let the satellite run a wide range of applications—and switch between them in minutes—at 36,000 kilometers above Earth.

Governments can use the satellite for such tasks as disaster safety operations and border monitoring, and private operators might facilitate telecommunications for air and sea, the company says. According to Therese Jones, senior director of policy at Washington, D.C.–based Satellite Industry Association, Eutelsat Quantum “excels in mobility applications by reallocating communication channels to, for example, airplanes, ships or vehicles on the ground, based on demand in real time.” Its eight radio-frequency beams can help it maintain communications with moving sources, “which is much harder to manage for traditional satellites with one wide beam,” says Jones, who is not involved with the project.

The satellite can also detect and deal with rogue transmissions that might interfere with signals, automatically changing beams’ frequencies or power to prevent disruption. This is important because jamming a satellite’s signals by blasting “noise” on the same frequency it uses has become very easy, Jones says. “All one needs is a jammer, some of which are available for less than $100. Whereas earlier it used to be purely state actors that were jamming satellite signals, there are now even small organizations that do it,” she adds. “Sometimes it’s intentional, while in other cases it’s the unintended interference from some other radio device.”

Piro says strong encryption will protect the satellite software itself against hacking. Jones notes that satellites in general tend to be very secure because they also handle military services; most problems arise from user errors, such as bad choice of passwords.

To design a mission, customers can use a dedicated software application to choose an assignment’s coverage area and capacity. “The software will then compute these parameters and direct them to the spacecraft,” Piro says. “All this will be done autonomously without the operator’s involvement. Moreover, customers can predesign more than one application and switch between the two at the press of a button.”

The satellite was developed in a private-public partnership with the European Space Agency and other organizations. “With Eutelsat Quantum,” Piro says, “we have managed to make the technology affordable and accessible for commercial use.”