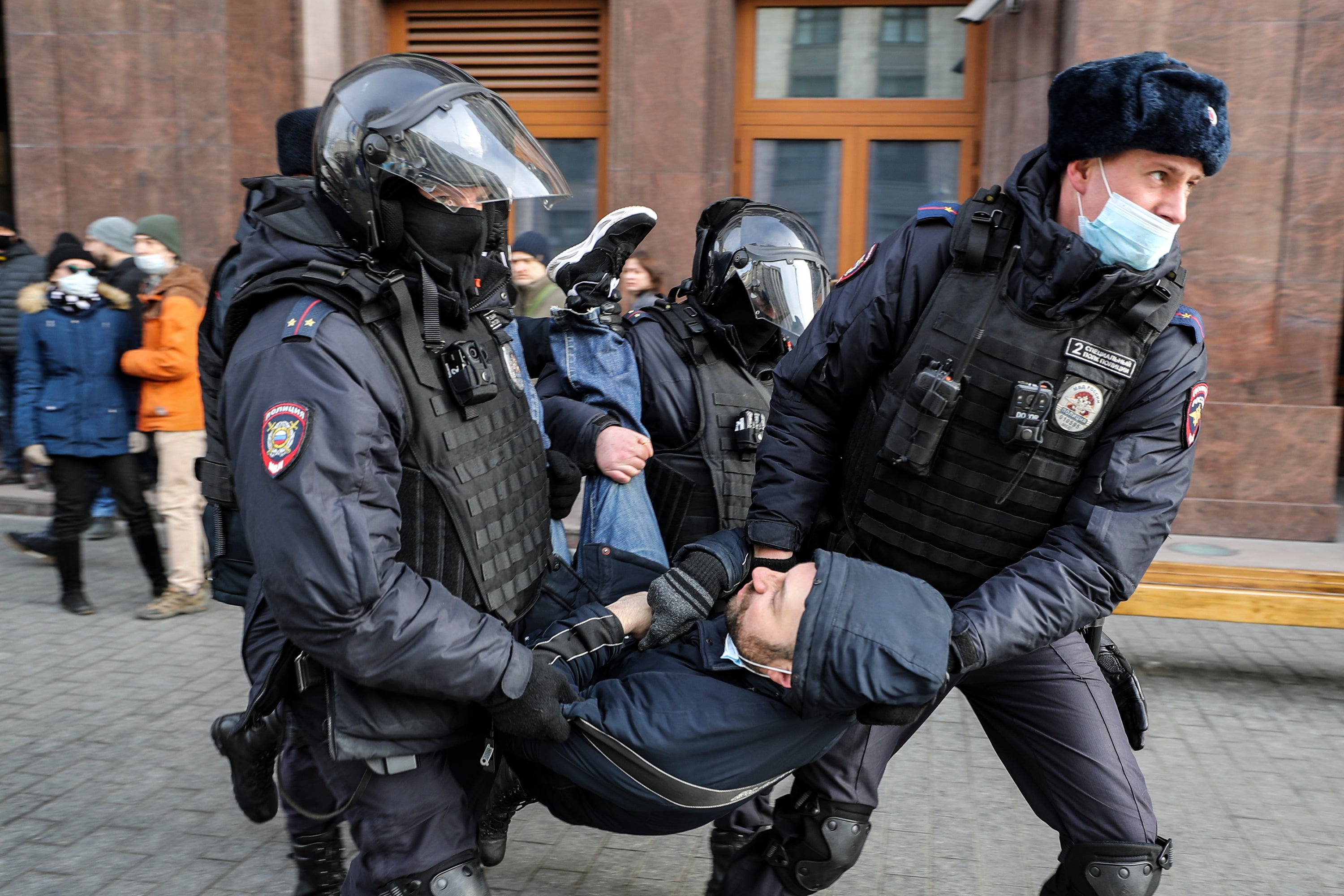 As Russia’s invasion of Ukraine drags on, an information war is raging alongside the physical fighting. Russia’s recent attempts to spread disinformation have not yet found great success in the West. Within the country, however, President Vladimir Putin’s regime is controlling the narrative through censorship, state control of media and other forms of digital repression.

This term refers to a variety of practices that use digital tools to stamp out dissent through a combination of actions, both online and offline. Such practices are not limited to authoritarian governments. A new review of 192 studies of digital repression, published last week in Science Advances, demonstrates that local police forces, corporations and even powerful individuals have attempted to exert digital control in a variety of ways. “We’re trying to connect the study of digital repression to a very long-standing literature on more traditional forms of repression,” says co-author Jennifer Earl, a professor of sociology at the University of Arizona. “Because, of course, it’s not that governments or private actors started to repress with the advent of digital and social media—they had already been using lots of repressive tools.” Scientific American spoke with Earl about the different forms that digital repression can take, how Russia is using a portfolio of such methods and whether its attempts to construct an alternate reality will succeed.

What does the term digital repression mean?

In the paper, we talk about digital repression as two things: more physical controls and more information controls. You could think about those physical control measures as things that are being targeted at people because of their digital presences—such as the physical arrest of a blogger because of something that they had written—or using digital tools to more efficiently accomplish what are pretty long-standing [physical] repressive techniques—whether that’s arrest, ongoing surveillance of a target, or infiltration and disruption of an organization. Repressors have been using surveillance for a really, really long time. It’s just that digital tools change the scale and efficiency of that surveillance.

Then information controls are the use of digital tools to engage in repression. This is partly what you would think of as classic censorship: stopping people from getting information. This would include the use of Internet-based technologies for surveillance and larger-scale filtering of social media content. But in some ways, the architecture of social media and posts can make it difficult to fully control or censor information online. So governments and other repressors have started using what we refer to as “information channeling” techniques, where, in addition to trying to reduce the actual availability of content, you try to engage people in other content. For instance, as research in China has shown, you flood social media with proregime stories but also stories about local events that are entertainment-related and are cheerleading local government. Information channeling does also include misinformation and disinformation campaigns. You take those eyeballs, shift them from the content that you weren’t able to censor completely and encourage people to focus on the much more available and prolific content that you would like them to see.

Both types of digital repression have been reported in Russia. In the “physical controls” category, there have been mass arrests of antiwar protesters and even reports of police in Moscow stopping people and forcing them to show their phone messages.

That’s that first part of digital repression that we talked about: the targeting of people for their digital presences. But a lot of the targeting is much more efficient and larger-scale than asking people on the street to see their phone. Because a lot of governments—whether they have developed them in-house through their militaries or police or whether they have bought them from private contractors—have tools for monitoring Internet traffic—digital and social media posts. And so you certainly see many countries targeting people for physical repression—jailing, harassment, beatings and other kinds of things—based on what they have said or done online. But when we hear those stories about people checking phones on the street, to the extent that that has happened, that is likely more about its performative effect. One might imagine that’s less about getting information that the Russian government couldn’t get another way and more about the performance of that control to scare people, to more publicly telegraph, “Our eyes are on you. And just walking down the street, you’re not safe if you have done certain things online.”

In the second category, “information controls,” independent media outlets in Russia are being forced to shut down, and social media platforms are being blocked. Does the country have a long history of this type of digital repression?

Many of the things that we can see right now going on in Russia are things that are not new to the Russian playbook. Part of some authoritarians’ playbook is to try to control what people can get access to. So you have seen, in some places, restrictions on what kinds of platforms are accessible—or at least the rules under which those platforms can remain accessible. That’s been a huge issue in China. Censoring media and then pushing out preferred stories through proregime media is a long-standing tactic in many authoritarian nations, including Russia. And we see that on a really high volume right now. So lots of Western journalists are not able to report right now because of fear of reprisals for that reporting. That’s a real intensification of something that was already happening.

What we often see with repression, including digital repression, is that governments and other actors don’t just do one thing. They really use a portfolio of techniques, particularly in major areas of concern for them. So it’s really important for Putin right now to try to control this message. But in today’s day and age, you don’t just control it by arresting protesters on the street. You don’t just control it by making it illegal to report on things that the Russian government doesn’t want reported on. You also try to distract people and feed them false information so that they’re paying attention to a reality that you, as a regime, have constructed. There was some reporting where people who have been contacting relatives in Russia have found out that their relatives, to their great surprise, don’t believe there is a war and that Russian soldiers would fire at civilians. They really believe that this is a limited special operation and that the Ukrainian government is run by Nazis. That set of beliefs is not something you conjure in a moment—it’s a set of mistaken beliefs that Putin and the Russian regime have been working on for a while. What we’re seeing are not things that have not happened before, [but they are] in full bloom right now. And that means that people are all of a sudden seeing, in very vivid detail, what repressors can accomplish with disinformation campaigns.

What is one of the things you have learned about these techniques from studying nearly 200 studies on digital repression?

There has been a considerable amount of concern that digital and social media technologies help people who would suppress dissent more than they help protesters. Although it is true that state and private actors—as we show in the paper through our literature review—have amassed and used a wide variety of surveillance and other forms of repressive tools, it is also the case that they don’t always work. The results of repression are a gamble for state and private actors. I’m in no way defending, apologizing for or limiting the real impact those repressive tools have on individual people’s lives. But efforts by repressors actually backfire plenty of times and increase protest, as opposed to decreasing it.

Is it possible to predict whether Russia’s latest increase in digital repression will succeed or backfire?

It is impossible to have a clear crystal ball about how this will play out. There are a few things, though, that are a little clearer. Despite heavy initial physical repression of protesters, mass arrests, heavy censorship of media and a very significant disinformation campaign, some Russians still are opposing the regime’s actions. How many Russians will be able to continue doing that for how long? I think that is the real question that can’t be answered in that crystal ball. But even this high-intensity level of repression, using lots of different forms of repression, has not been able to fully silence the Russian people.