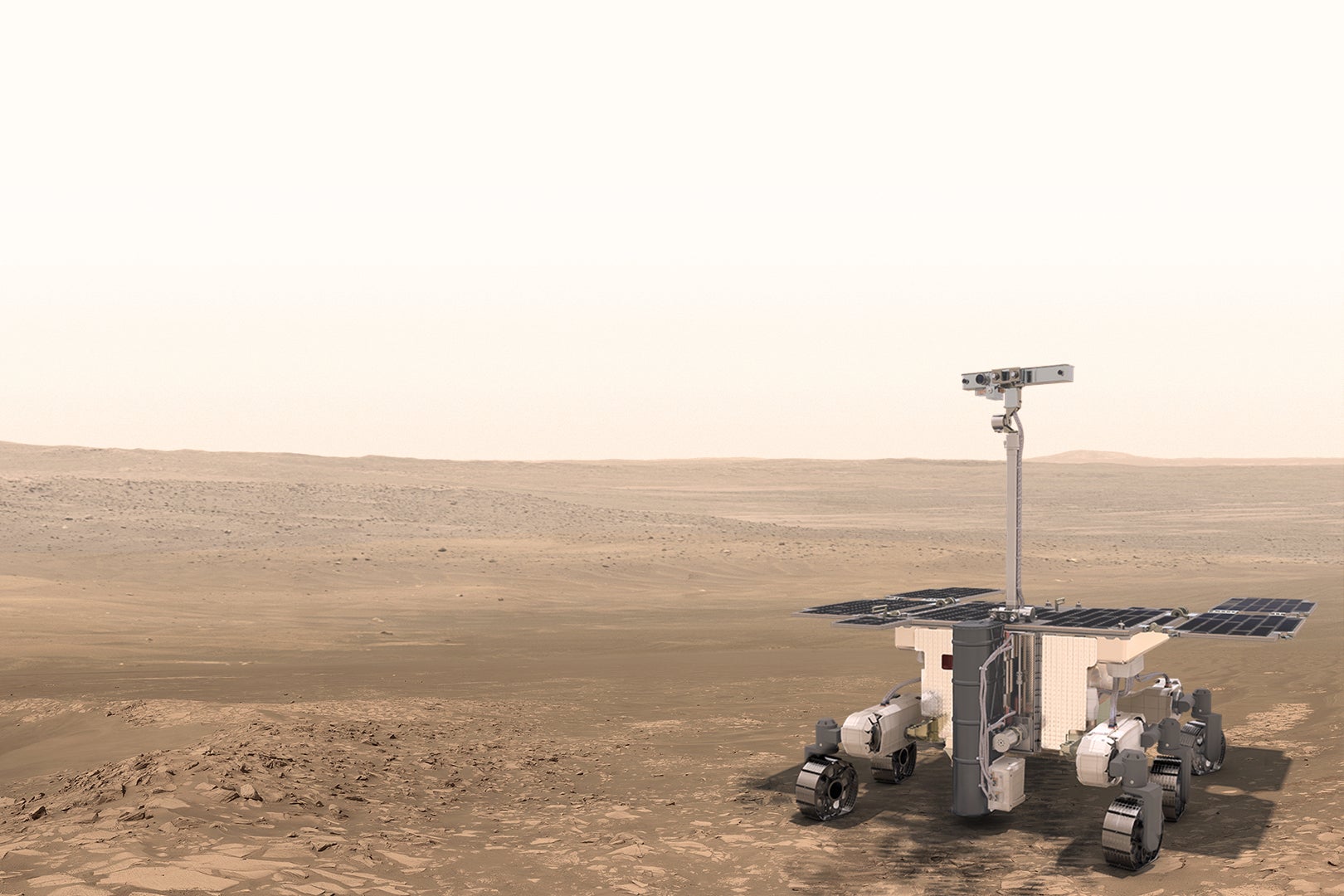 Europe’s ExoMars rover, built to search for traces of life on the Red Planet, is unlikely to launch as planned in September aboard a Russian rocket as a result of sanctions rolled out by European countries in response to Russian aggression in Ukraine.

The ExoMars mission, which comprises the Trace Gas Orbiter (in orbit around Mars since 2016) and the yet-to-launch U.K.-built Rosalind Franklin rover, is the European Space Agency’s (ESA) most significant cooperation with Russia apart from the International Space Station. The mission, which ESA originally developed with NASA, faced cancellation in 2012 after the American space agency withdrew due to budget cuts under U.S. President Barack Obama.

“We are fully implementing sanctions imposed on Russia by our Member States,” ESA officials wrote in the statement. “Regarding the ExoMars program continuation, the sanctions and the wider context make a launch in 2022 very unlikely.”

The ExoMars partnership has been plagued with problems for years. The first part of the mission, comprising the Trace Gas Orbiter and an experimental landing platform called Schiaparelli, reached Mars orbit in October 2016. While the orbiter commenced observations without any problems, the lander crashed on the planet’s surface due to a software glitch.

The launch of the Rosalind Franklin rover, originally scheduled for 2018, was delayed due to issues with the parachute landing system first to 2020 and then, exacerbated by the COVID-19 pandemic, to 2022. Now, the future of the mission is uncertain as it would require considerable financial investment from ESA to replace the Russia-built systems.

“ESA’s Director General will analyze all the options and prepare a formal decision on the way forward by ESA Member States,” ESA officials wrote.

The ExoMars rover, named after British chemist Rosalind Franklin known for her research into the structure of DNA, could have a unique place among the fleet of vehicles currently exploring the Red Planet. The rover is fitted with a six-foot (2 meters) drill, which would allow it to study samples from much deeper layers of rock below the planet’s surface than its American counterpart, the Perseverance rover. Astrobiologists believe that if life ever existed on Mars, traces of it have likely survived underground, hidden from the harsh radiation battering the surface.

ESA’s statement comes after Roscosmos announced over the weekend it would discontinue launching its Soyuz rockets from Europe’s spaceport in French Guiana as a response to Europe’s sanctions against Russia. Europe’s space launch provider Arianespace has been using the midsize Soyuz since 2011 to complement its heavy-lift Ariane 5 and light Vega rockets.

Roscosmos CEO Dmitry Rogozin responded on his Twitter account to ESA’s announcement on Monday, writing, “The European Space Agency, to spite the Russian grandmother, decided to freeze off her ears.” (Several Twitter users claiming to be Russian speakers confirmed the translation, stating it referred to a Russian proverb that means “to defy someone by hurting one-self”).

Last week, the U.K., one of ESA’s largest member states, indicated that future space cooperation with Russia might not be possible. On Friday, the German Ministry for Education and Research announced that all “existing, long-standing cooperation in science with Russia is being halted immediately” and all “current and planned activities are being frozen and subjected to critical review.” Germany is the biggest contributor to ESA’s budget.

ExoMars had been targeting a 12-day launch window opening on September 20. Because of how the orbits of Earth and Mars align, spacecraft can easily launch to the Red Planet only every 26 months.

Currently, the spacecraft is undergoing tests in Turin, Italy; it was scheduled to travel to Russia in April.

Copyright 2022 Space.com, a Future company. All rights reserved. This material may not be published, broadcast, rewritten or redistributed