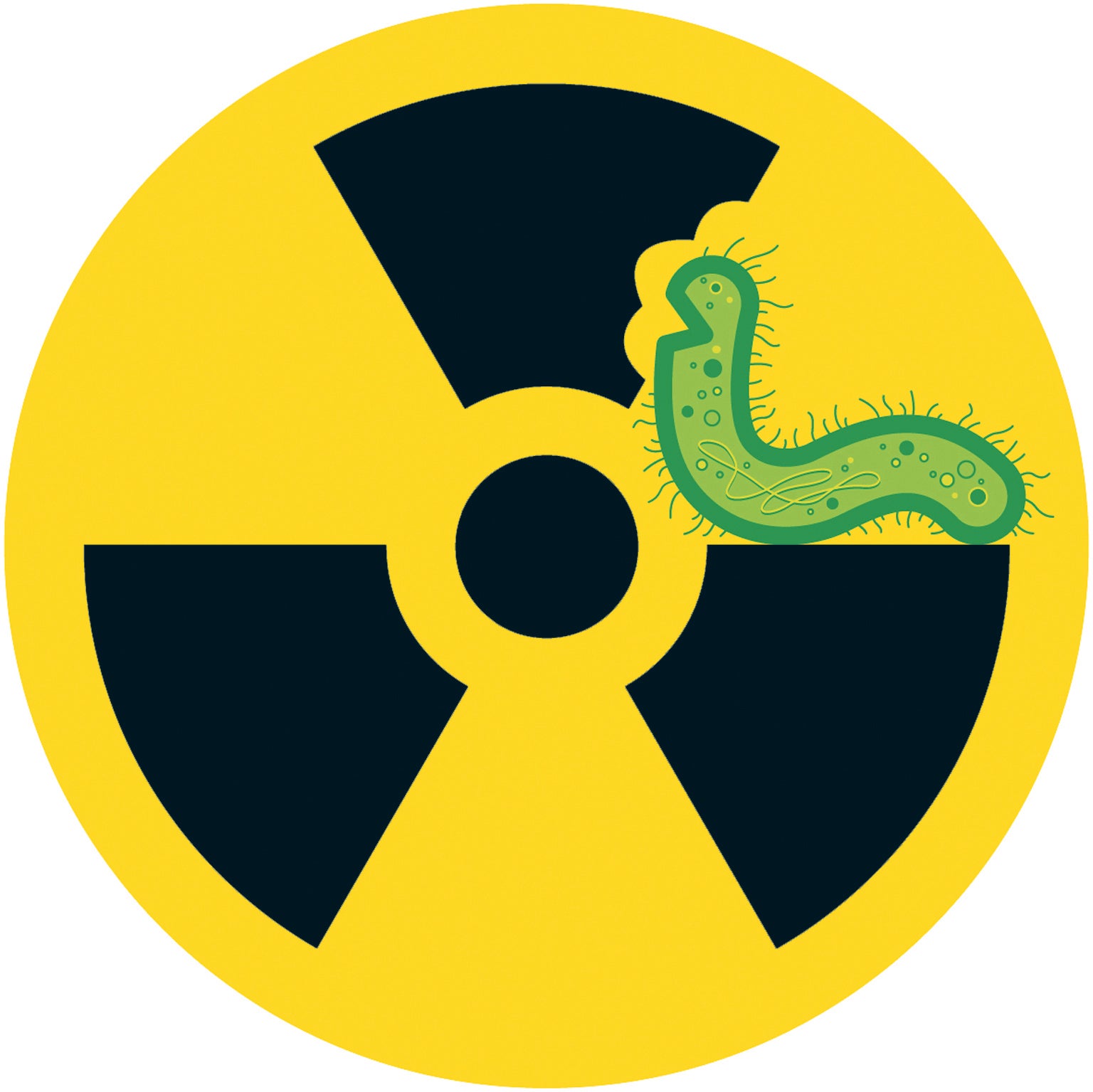 Fission in nuclear reactors forges radioactive metal by-products so toxic that they must be stored deep underground, at great cost and effort, for millennia. But a protein made by a common microbe could help ease this hazardous burden, researchers report in the Journal of the American Chemical Society.

Two of nuclear waste’s most problematic ingredients are metals called americium and curium; each has particularly long-lived forms that decay slowly over thousands of years. Because they radiate so much heat, waste packages containing them must be buried far apart. Isolating them properly is critical to avoid radiation harm to people or the environment, according to Pennsylvania State biochemist Joseph Cotruvo, Jr. “It’s a really big problem if these elements are around even in very small quantities,” he says.*

In 2018 Cotruvo and a team of researchers first reported that Methylorubrum extorquens (an innocuous bacterium commonly found in soil and on plants) produces a protein called lanmodulin. The microbe uses this protein to grab naturally occurring metals, typically from a group called the lanthanides, to drive its metabolism.

More recently, Cotruvo and his colleagues found in the lab that lanmodulin binds tightly and readily to americium and curium—and prefers them to many of its regular dance partners. Plus, the bond was thousands of times stabler than that of the next-strongest naturally occurring molecular suitor. They are not sure if lanmodulin produced by the ubiquitous M. extorquens naturally captures or disperses americium and curium ions already in the environment, such as those released by nuclear weapons tests and waste leaks—a possible future study focus.

The researchers propose integrating the protein into radiation detectors and filters to extract these long-lived radioactive metals from contained nuclear waste. They could then be sequestered separately, decreasing the volume of material that needs extended monitoring and spacing. Alternatively, Cotruvo suggests, captured americium and curium could be recycled back into nuclear fuel.

It is serendipitous that a bacterium-created molecule might help build tools to scavenge hazardous human-made contaminants, says Gemma Reguera, a microbiologist at Michigan State University who was not involved in the study. “It’s like a toy,” she says. “There are so many possibilities.”

*Editor’s Note (12/9/21): This paragraph was revised after posting to correct the description of americium and curium.