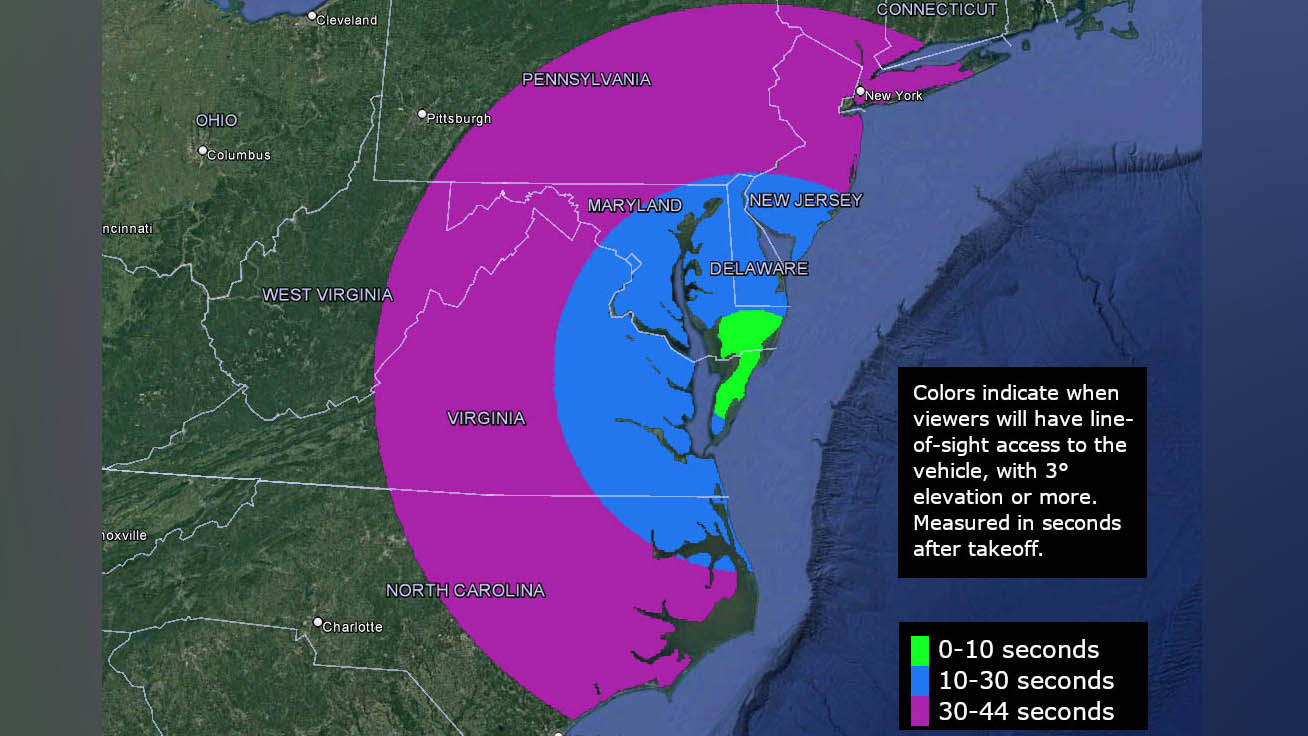 If the weather is clear on the U.S. mid-Atlantic east coast, you might see a rocket launch starting in the evening Thursday (Jan. 6).

Those not in the region can tune into a livestream that will be posted on the NASA Wallops Flight Facility’s YouTube channel about 20 minutes before the window opens, assuming weather is a go. (A nasty nor’easter snowstorm in the region canceled a previous launch attempt Tuesday, Jan. 4 due to deep snow.)

If you’re lucky enough to be nearby, however, a NASA viewing map suggests that residents in at least a portion of the following states could see the launch: Connecticut, Delaware, Maryland, North Carolina, New Jersey, New York State (including parts of New York City), Pennsylvania, Virginia and West Virginia.

The sounding rocket will be the fourth one to fly on a larger set of missions known as Diffuse X-rays from the Local galaxy (DXL). DXL studies “sources of soft X-rays that hurtle towards Earth from elsewhere in our galaxy,” according to a NASA statement. (Soft X-rays are lower-energy radiation than the kinds of X-rays you encounter at a medical facility, which are known as hard X-rays.)

While soft X-rays are harmless to Earthlings, their presence in the ionosphere — a region high up in Earth’s atmosphere filled with charged particles — can disturb radio communications or GPS navigation, NASA noted.

“The first source is located outside our solar system and is generated by remnants of multiple supernovae explosions forming what is now called the Local Hot Bubble region of our galaxy,” Massimiliano Galeazzi, principal investigator for the DXL mission from the University of Miami, said in the same statement.

“The second source is within the solar system and is generated by the solar wind charge exchange. DXL seeks to gain a better understanding of the nature and characteristics of these sources.”