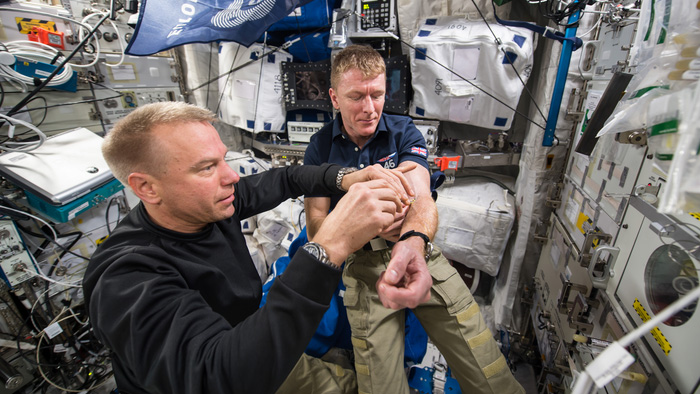 Being in space causes the human body to destroy about 50% more red blood cells, leading to a potentially dangerous condition known as anemia. The effects persist even after astronauts return to Earth, according to a new study.

The study, led by researchers at the Ottawa Hospital and the University of Ottawa in Ontario, Canada, analyzed breath and blood samples of 14 astronauts before, during, and after their six-month missions aboard the International Space Station. The researchers found that the astronaut’s bodies destroyed about 54% more red blood cells than they would on Earth.

Scientists already knew about this phenomenon, known as space anemia, but they expected it would resolve over time as astronauts’ bodies adapt to the space environment. The new study revealed for the first time that this is not the case, a finding that could have potentially serious implications for long-term space travel.

Related: Getting sick in space: How would NASA handle an astronaut disease outbreak?

“Our study shows that upon arriving in space, more red blood cells are destroyed, and this continues for the entire duration of the astronaut’s mission,” Guy Trudel, a professor of medicine, surgery and biochemistry at the University of Ottawa and lead author of the study said in a statement.

After their return to Earth, five out of the 13 astronauts involved in the study were clinically anemic; the levels of red blood cells in their blood, and those of the oxygen-carrying component hemoglobin, dropped so low that other tissues in their bodies were not receiving enough oxygen. Anemia is known to cause fatigue, physical weakness and dizziness, all of which could be dangerous for astronauts who are frequently conducting challenging tasks that require concentration, precision as well as physical fitness.

Subsequent monitoring revealed that the red blood cell levels of the studied astronauts returned to normal after three or four months back on Earth. Even after that period of time, however, their bodies were destroying about 30% more red blood cells than before they went to space, suggesting longer-term changes as a result of space travel.

Fortunately, none of the astronauts involved in the study suffered obvious health effects of anemia while in space. The researchers therefore assume that the astronauts’ bodies continued producing new blood cells during their missions. But increased red blood cell production requires specific nutrients, so future astronauts should have diets that take this into account, the researchers said. This would be especially important on long duration missions, which, a previous study showed, can lead to  more severe anemia.

In addition to helping astronauts stay healthy in space, research on space anemia could eventually help people who develop anemia after being bedridden due to an injury or a long illness. Just like with space anemia, scientists don’t yet fully understand the reasons why being bedridden makes the body destroy red blood cells.

“If we can find out exactly what’s causing this anemia, then there is a potential to treat it or prevent it, both for astronauts and for patients here on Earth,” Trudel said.

The study is the first research published as part of the Canadian Space Agency’s MARROW project, which is examining the effects that being in space have on human bone marrow and blood cells.

The study was published on Friday (Jan. 14) in the journal Nature Medicine.