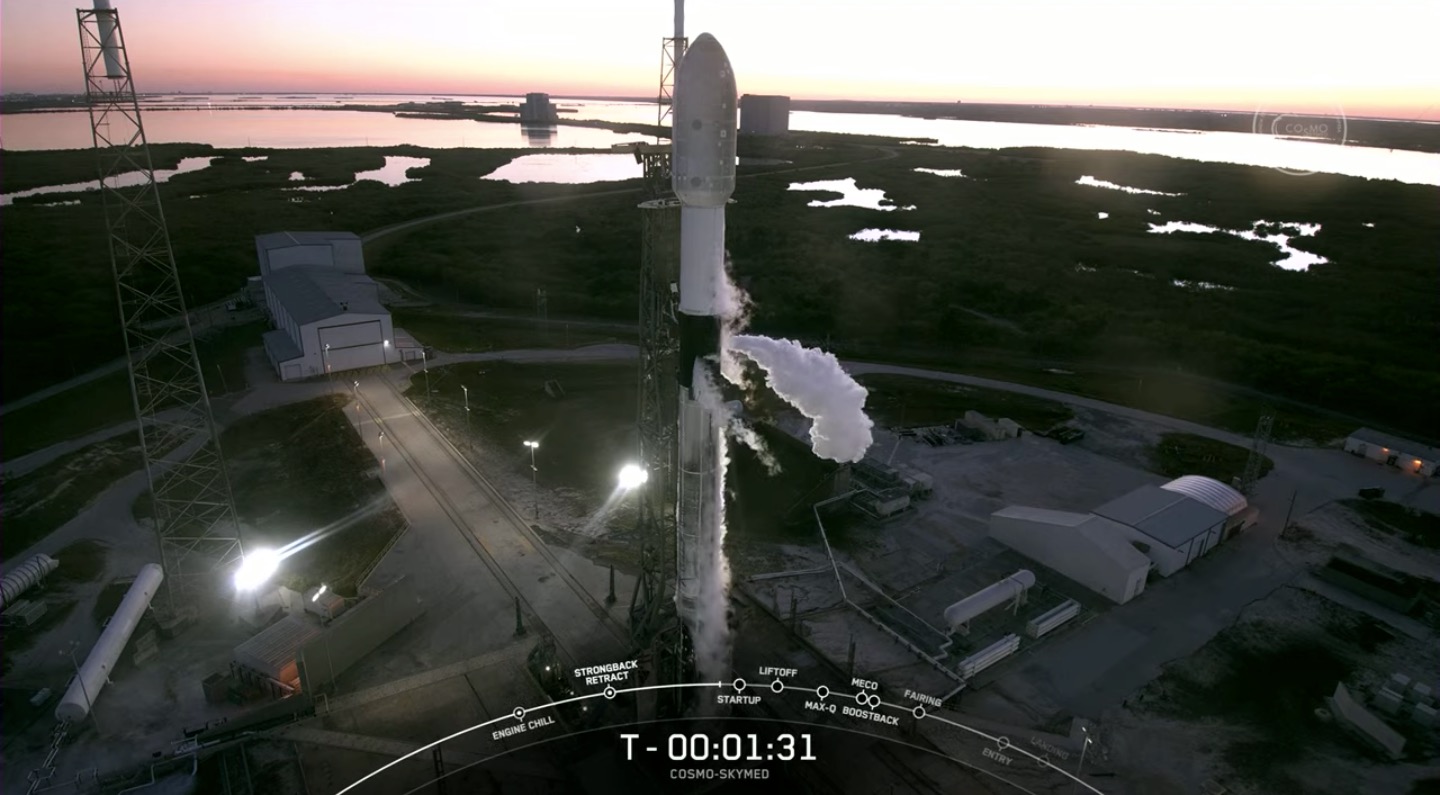 SpaceX has had to delay the launch of an Italian Earth-observation satellite yet again, but this time Mother Nature was not to blame.

A SpaceX Falcon 9 rocket was all set to loft the Cosmo-SkyMed Second Generation FM2 (CSG-2) satellite from Florida’s Cape Canaveral Space Force Station on Sunday (Jan. 30) at 6:11 p.m. EST (2311 GMT). But a cruise liner wandered into the “no-go zone” downrange of Cape Canaveral, and the ship couldn’t be moved in time for the Falcon 9 to hit its window.

“The vehicle is still healthy; the payload is healthy,” SpaceX production manager Jessie Anderson said during a webcast of today’s launch attempt. “Everything was looking good for an on-time liftoff today, aside from the range.”

Standing down from today’s launch of COSMO-SkyMed Second Generation FM2 due to ship in the hazard area; team is setting up for next opportunity tomorrow, January 31 at 6:11 p.m. ESTJanuary 30, 2022

The next launch opportunity will come Monday (Jan. 31), also at 6:11 p.m. EST (2311 GMT). You can watch the attempt, which will include a landing of the Falcon 9’s first stage at Cape Canaveral shortly after liftoff, here at Space.com, courtesy of SpaceX, or directly via the company.

Today was the fourth consecutive day that SpaceX had to stand down from a CSG-2 launch attempt. The first three scrubs were caused by bad weather, but Mother Nature was cooperating today. The weather also looks favorable for tomorrow’s attempt, Anderson said.

The first CSG craft launched in December 2019, riding to orbit from French Guiana atop an Arianespace Soyuz rocket. That satellite circles Earth over the poles at an altitude of 385 miles (620 kilometers), the same orbit that CSG-2 will head for when it finally gets off the ground.