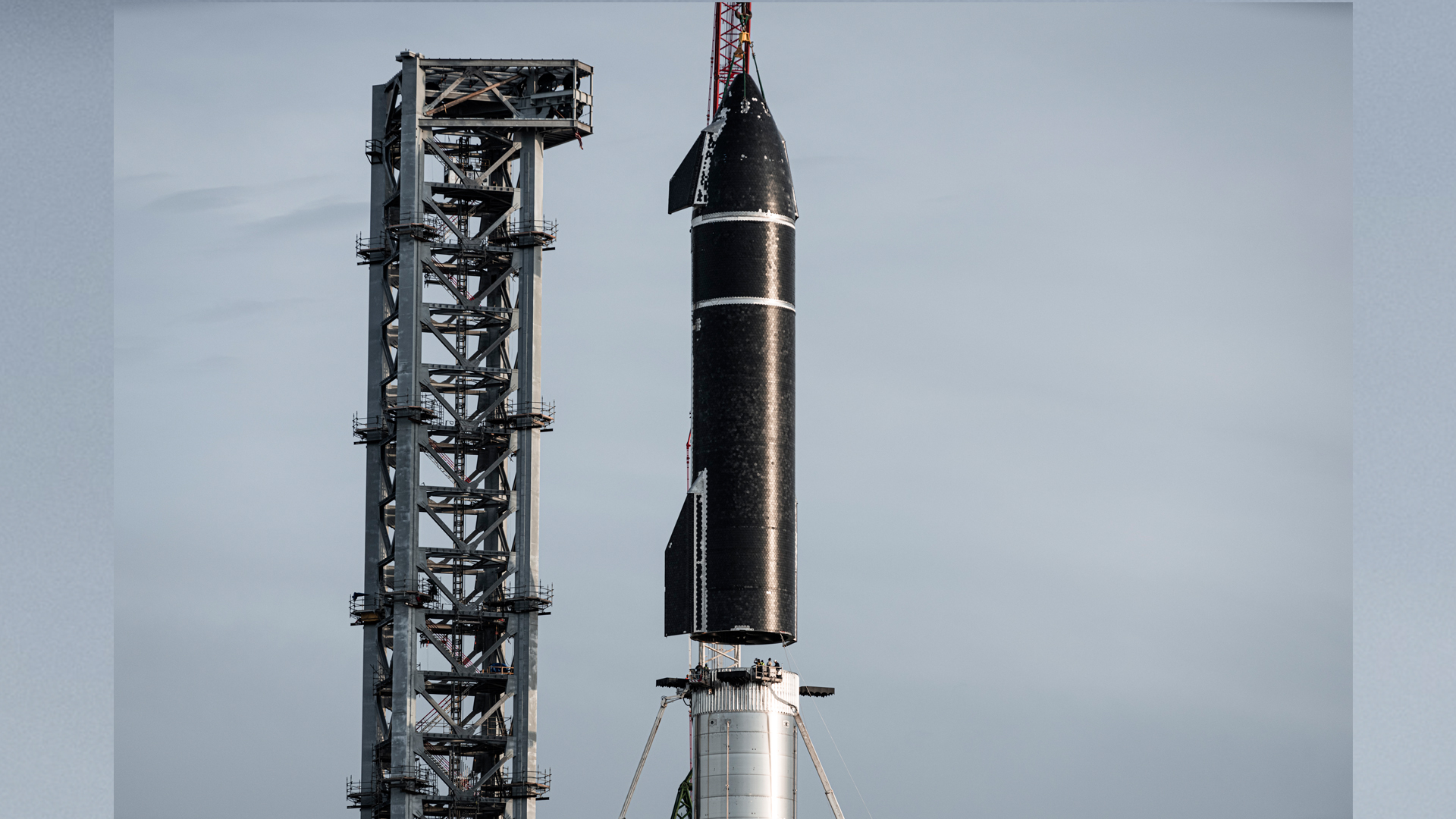 SpaceX founder and CEO Elon Musk will have a nice visual aid to point to during his highly anticipated Starship presentation on Thursday (Feb. 10).

That talk is an update about Starship, the giant vehicle that SpaceX is developing to take people and cargo to the moon, Mars and beyond. Starship consists of two fully reusable elements: a huge booster called Super Heavy and a 165-foot-tall (50 meters) spacecraft called Starship.

SpaceX will presumably webcast the event, which will take place Thursday at 9 p.m. EST (0200 GMT on Feb. 11). If so, you can watch it live here at Space.com, courtesy of SpaceX, or directly via the company.

Musk will speak at Starbase, the South Texas facility where SpaceX builds and tests Starship vehicles. And the billionaire entrepreneur recently revealed that a fully stacked Starship will be part of the show.

“As backdrops go, this is a good one,” Musk said via Twitter on Sunday (Feb. 6). He was replying to a tweet by Teslarati, which posted a story Sunday about the Starship stacking.

The stacking involves a Super Heavy called Booster 4 and the Starship prototype SN20 (“Serial No. 20”). This duo will launch on the Starship program’s first-ever orbital test flight, a milestone that’s currently targeted for early March.

Thursday’s update should be a substantial one; it’ll be the first in-depth Starship progress report that Musk has given us since September 2019.

Musk originally unveiled SpaceX’s plans for what would eventually become its Starship program in 2016. Since then, the company has rapidly built (and sometimes destroyed) several iterations of Starship prototypes, while also securing a NASA contract to use Starship vehicles to land astronauts on the moon under the agency’s Artemis program.