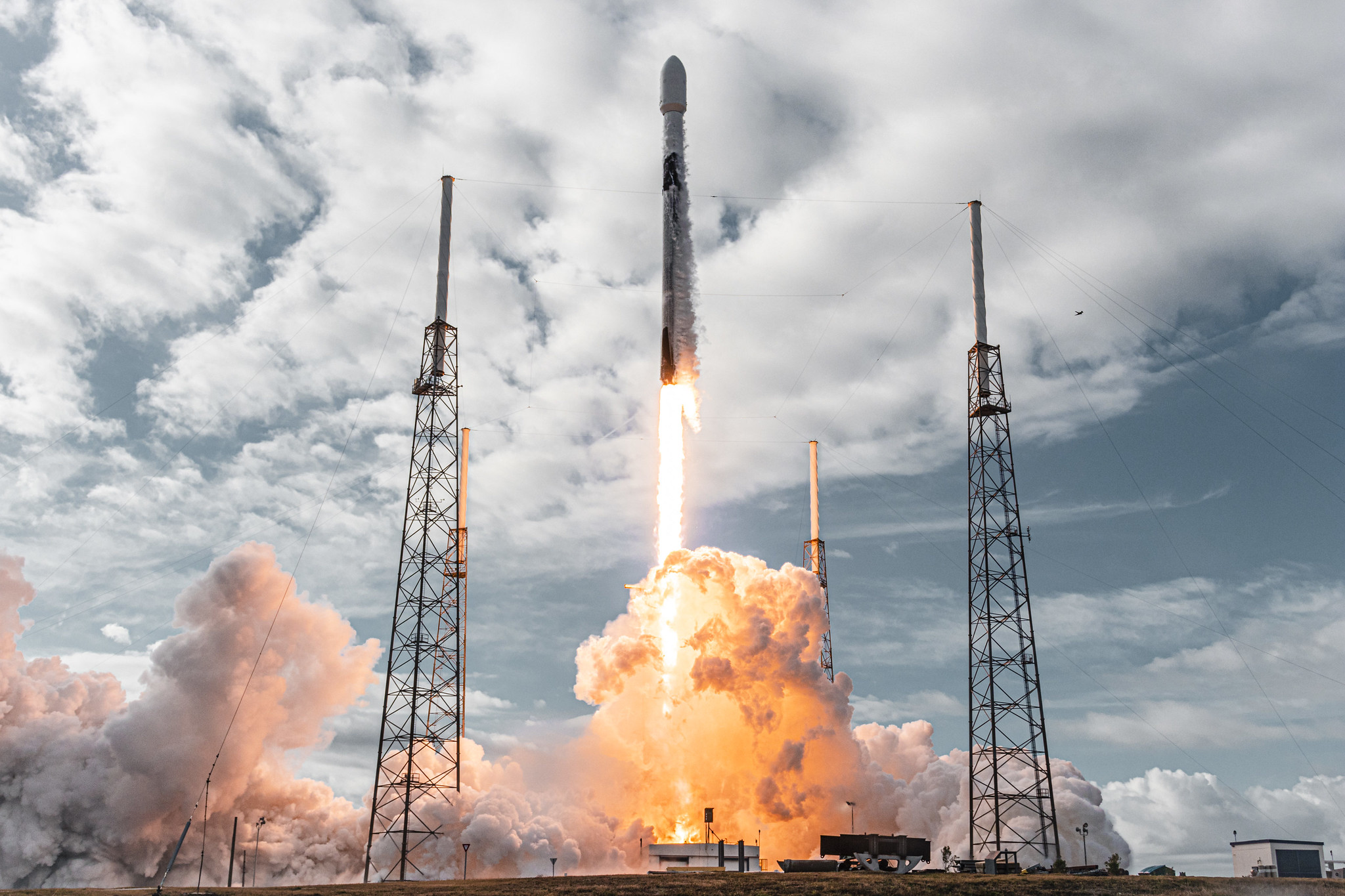 CAPE CANAVERAL, Fla. — SpaceX is preparing another one of its Falcon 9 rockets to launch a bevy of small satellites into space this morning (Jan. 13), and you can watch the fiery action live online.

The launch, a two-stage Falcon 9 rocket flight called Transporter-3, is scheduled to take off from Space Launch Complex 40 at Cape Canaveral Space Force Station here in Florida. Liftoff is expected to take place during a 29-minute-long window that opens at 10:25 a.m. EST (1525 GMT).

You can watch the launch live right here and on the Space.com homepage, courtesy of SpaceX, or you can watch directly at SpaceX’s YouTube page here about 15 minutes before liftoff.

Perched atop the 230-foot-tall (70 meters) launcher as part of the company’s third dedicated rideshare mission are dozens of small satellites from a variety of customers. Acting as a cosmic taxi service, the passenger satellites tucked inside the rocket’s nose cone will be deposited into orbit.

Onlookers will be in for a treat, as this mission is the first since June to feature a return to launch site (RTLS) landing, meaning the rocket will touch back down in Florida here at the Cape. Sonic booms are expected to crackle overhead as the rocket makes its way back to terra firma.

Typically, SpaceX lands the majority of its rockets on the deck of one of its massive drone ships. That’s because it takes more fuel reserves to return to land than it does to touch down on the deck of a drone ship.

Today’s flight marks the 2nd mission of the year for SpaceX and the first land landing at the Cape since last summer. The Falcon 9 will fly on a unique path — a southerly launch trajectory that’s rare for flights out of the Cape. As such, the Falcon 9 may be visible from the ground.

The company sent out an email advisory on Wednesday (Jan. 12), advising local residents of the expected booms.

“About eight minutes after liftoff, Falcon 9’s first stage will land on SpaceX’s Landing Zone 1 (LZ-1) at Cape Canaveral Space Force Station, Florida,” the advisory said. “There is the possibility that local residents (and those of surrounding counties) may hear one or more sonic booms during the landing.”

SpaceX added that what residents hear will depend upon weather conditions.

Related: See the evolution of SpaceX’s rockets in pictures

Missions like this which carry payloads from different customers allow multiple clients to share the cost of the rocket. Typically, satellites that fly on transporter missions are “picky” when it comes to desired destinations, however, if they need a more refined orbit, they can either wait for a Transporter mission that has an orbit close to their needs or they can choose a different launcher.

SpaceX kicked off its rideshare endeavor in 2018 with the launch of 60 small satellites for a mission called SSO-A. Blasting off from California, this flight allowed SpaceX to deliver a small armada of satellites into low-Earth orbit, each one released as part of a carefully choreographed orbital ballet, timed just right so that the satellites did not collide with one another.

With the success of that mission, the company decided to make its Transporter rideshare service available, offering payloads rides on a Falcon for $1 million a pop. Each payload is required to weigh in at 440-lbs. (200 kilograms) or less and travel to a sun-synchronous orbit. The launch slots are booked through the company’s website and are offered at regular intervals approximately 3-4 times per year.

The first of these cosmic carpools, called Transporter-1, launched in January 2021 with 143 tucked inside the rocket’s payload fairing, setting a new record for the number of satellites carried by a single rocket. SpaceX followed that success with the Transporter-2 mission in June, launching 88 small satellites.

All three missions have featured a rare RTLS landing. If everything goes as planned on Thursday, Transporter-3 will mark the 21st successful touchdown of a first stage booster here at the Cape. Overall it will be the 102nd landing for SpaceX, with most having occurred at sea.

Currently, weather forecasters predict a 70% chance of good conditions for the launch opportunity today, with the only weather concerns being the potential for cumulus clouds and thick clouds over the launch site. There is a backup launch time on Friday if need be, with conditions improving to 90%.