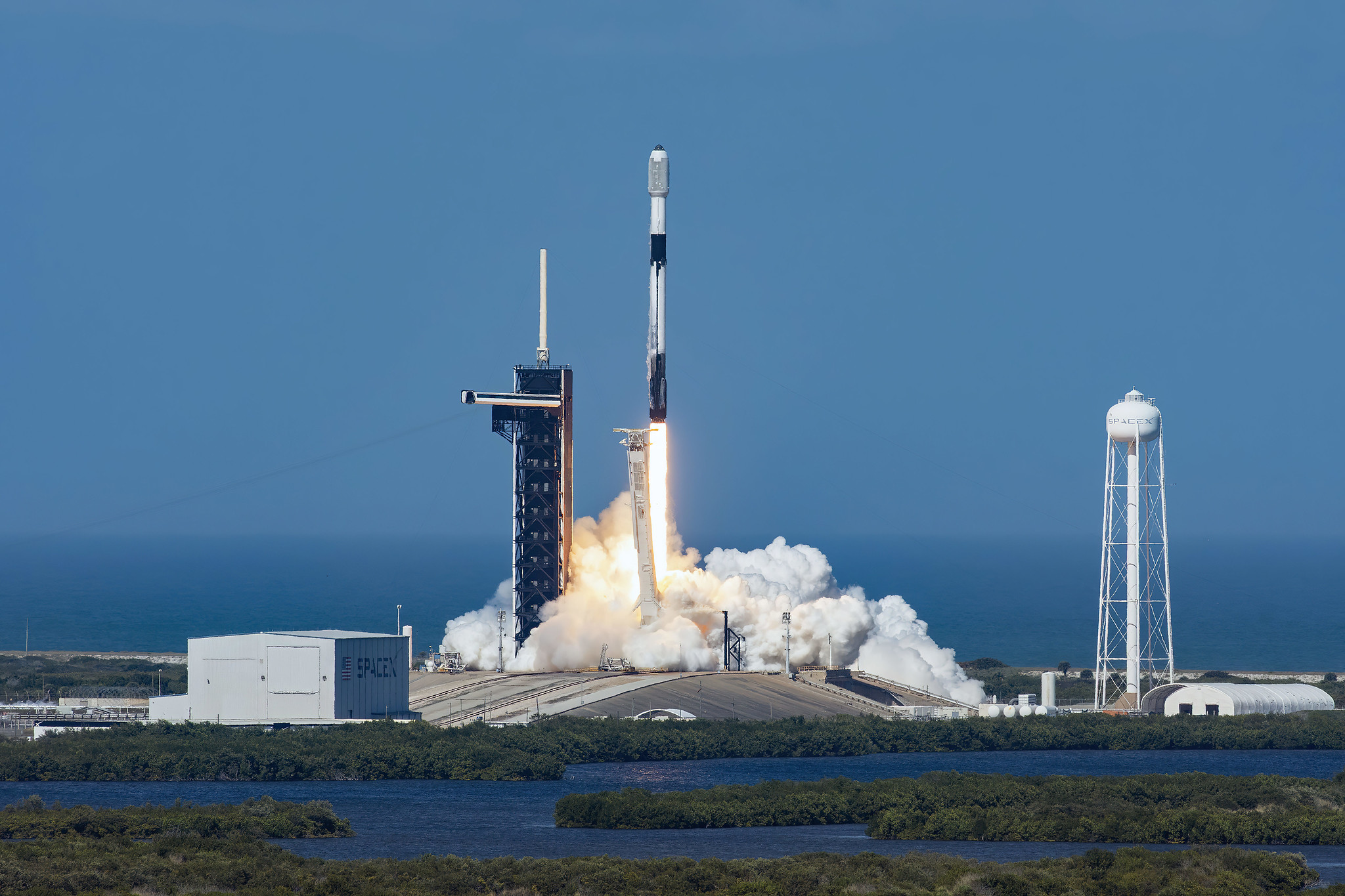 SpaceX will launch four dozen Starlink internet satellites and land the returning rocket on Wednesday (March 9), and you can watch the action live.

A two-stage Falcon 9 rocket topped with 48 Starlink spacecraft is scheduled to lift off from Florida’s Cape Canaveral Space Force Station Wednesday at 8:45 a.m. EST (13:45 GMT). If all goes according to plan, about nine minutes later, the Falcon 9 first stage will come down for a vertical landing on the SpaceX droneship A Shortfall of Gravitas, which will be stationed in the Atlantic Ocean a few hundred miles off the Florida coast.

You can watch it all live here at Space.com, courtesy of SpaceX, or directly via the company. Coverage will begin about 15 minutes before liftoff.

There’s an 80% chance that the weather will be good enough to allow a launch on Wednesday, according to the 45th Weather Squadron at Patrick Space Force Base in Florida.

This will be the fourth launch and landing for this particular Falcon 9 first stage. The booster also launched the Arabsat-6A mission in April 2019, the Space Test Program-2 (STP-2) flight for the U.S. military in June 2019 and the Italian Earth-observation satellite COSMO-SkyMed Second Generation FM2 in January 2022.

The first two missions on that list — Arabsat-6A and STP-2 — were flown by SpaceX’s huge Falcon Heavy rocket, which consists of three Falcon 9 cores strapped together, the central one topped by a second stage. COSMO-SkyMed Second Generation FM2 was flown by a Falcon 9.

Starlink is the giant constellation of broadband satellites that SpaceX is assembling in low Earth orbit. The company has already launched more than 2,000 Starlink craft to date, and many more will go up in the relatively near future. SpaceX has permission to launch 12,000 Starlink satellites and has applied for approval for up to 30,000 more.

Starlink provides internet service in many areas around the world, including Ukraine. SpaceX has worked to keep Starlink operational in Ukraine, which has suffered outages as a result of the Russian invasion that began on Feb. 24.

Wednesday’s launch will be the 10th of 2022 already for SpaceX. Six of the nine completed to date have lofted big batches of Starlink satellites.