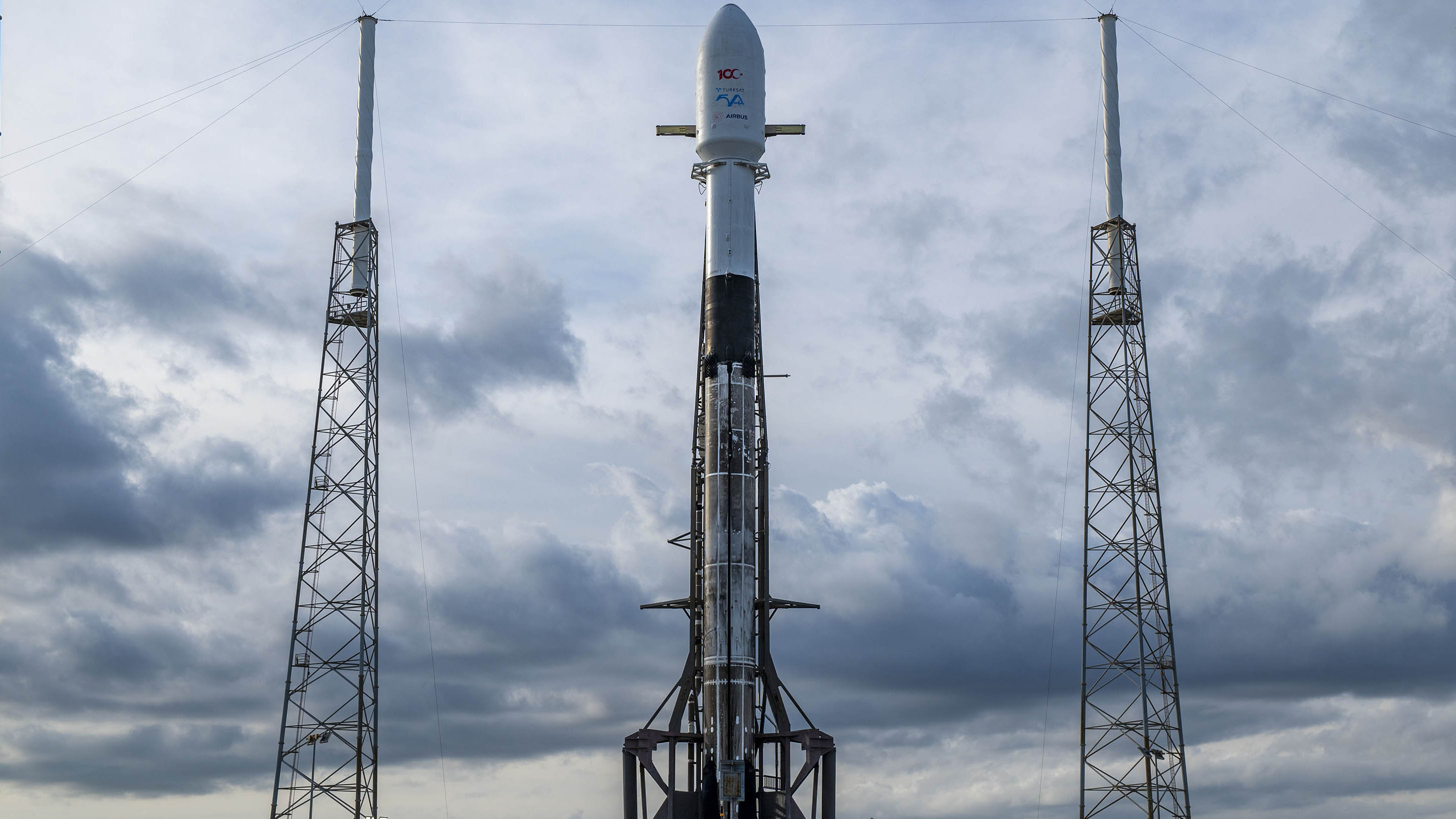 CAPE CANAVERAL, Fla. — SpaceX will launch its second rocket in less than 24 hours Saturday (Dec. 18) and you can watch the action live online.

The private spaceflight company will launch the Turksat 5B communications satellite for Turkey on one of its previously flown Falcon 9 rockets. The mission is set to lift off from Space Launch Complex 40 at Cape Canaveral Space Force Base here in Florida during a 90-minute window that opens at 10:58 p.m. EST (0358 GMT Sunday).

You’ll be able to watch the launch live in a window at the top of this page, and on the Space.com homepage, at launch time courtesy of SpaceX. Live coverage will begin about 15 minutes before liftoff. You can also watch the launch directly via SpaceX and on YouTube.

Saturday’s flight is the second of a SpaceX launch doubleheader, as the private spaceflight company is launching two different Falcon 9 rockets from two different coasts.

At 7:41 a.m. EST (1241 GMT), SpaceX launched a Falcon 9 rocket on its 11th flight, a new record, as part of a mission to send 52 of its own Starlink internet satellites into space. Just over 15 hours later, the company is set to launch another Falcon 9 rocket, this time carrying a communications satellite into space for Turkey.

The Turksat 5B mission is the second of two satellites that SpaceX was contracted to launch on behalf of Turkey; its counterpart, Turksat 5A, launched in January. The country aims to increase its presence in space and as such, the satellite will help provide communications capabilities to customers across Turkey, the Middle East, Europe, and portions of Africa.

However, Turkey’s space ambitions are not without controversy, as last October, activists upset over Turkey’s role in a conflict between Armenia and Azerbaijan protested SpaceX’s Turksat 5A launch at the company’s headquarters in Hawthorne, California in an unsuccessful bid to stop the launch.

Related: See the Evolution of SpaceX’s Rockets in Pictures

Riding to orbit atop the Falcon 9 today is the Turksat 5B satellite, a communications satellite built by Airbus for Turksat, Turkey’s sole satellite operator. The 9,900-lb. (4,490 kg) satellite is expected to operate for 15 years, beaming coverage below. Forecasters at the 45th Weather Squadron predict an 80% chance of favorable launch weather conditions Thursday night. The main concerns are the formation of cumulus clouds.

Following a successful liftoff, the rocket’s first stage will return to Earth, landing on a floating platform at sea. To date, SpaceX has successfully recovered first-stage boosters 98 times, with this one expected to land on the deck of SpaceX’s newest drone ship, “A Shortfall of Gravitas.”

For the first time ever, the company’s entire fleet of drone ships has been deployed to various parking spots in both the Atlantic and Pacific oceans as SpaceX expects to launch and land three different rockets within a 72-hour timeframe. The first of which landed successfully on the company’s West Coast drone ship, “Of Course I Still Love You” just before 8 a.m. EST (1100 GMT) this morning with the Starlink launch. The third will be a NASA cargo delivery mission on an uncrewed Dragon cargo ship, which will launch on Tuesday (Dec. 21).

The mission will launch atop one of SpaceX’s veteran rockets, marking the 30th flight of 2021 for the California-based aerospace company. It will also mark the 99th landing overall for SpaceX.

Following a successful touchdown on the drone ship, SpaceX will also retrieve the mission’s fairing halves from the ocean using one of its newest recovery ships: “Bob” or “Doug.” The ships, which have replaced former recovery vessels GO Ms. Tree and GO Ms. Chief, are named for the first two astronauts that SpaceX sent into space, Bob Behnken and Doug Hurley.

The duo flew on SpaceX’s Demo-2 mission, which launched in May 2020.