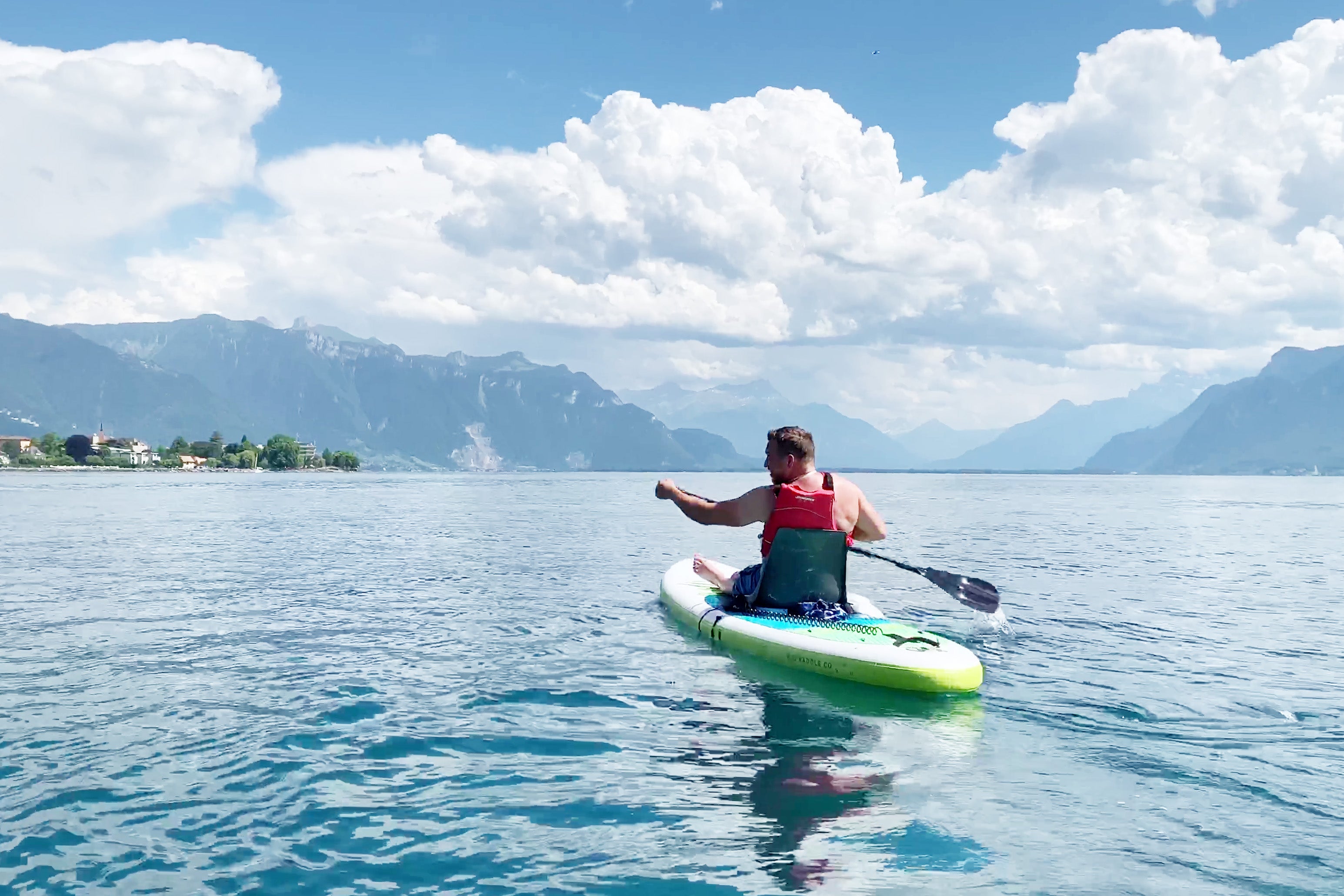 For decades doctors and researchers have dabbled with using electrical stimulation of the spinal cord to help restore movement in people with paralysis. The technique, when combined with physical therapy, has even allowed some patients with complete paralysis to walk again.

Yet it has not worked for all paralyzed people. And researchers still have had trouble with improving complex movements in such patients, not just the capacity to take simple steps. Another goal is to make the treatment more accessible to the millions of people worldwide who suffer from paralysis.

Now a team of researchers has designed a new type of electrode system that successfully restored movement abilities in three patients with complete paralysis of muscles in the legs and trunk. What is more, improvement was seen within just one day of treatment—faster than most previously studied techniques—and it continued in the days and months to follow. The findings were published on February 7 in Nature Medicine.

Many of the stimulation technologies developed over the years were originally designed for treating pain and later repurposed for restoring movement. The downside to this approach is that these technologies failed to stimulate the specific nerves in the spinal cord that control movement in the legs and trunk.

Moreover, the new approach allows treatment to be personalized to each individual patient by zeroing in on particular dorsal roots. “This is the most precise stimulation of the spinal cord to date and associated recovery of movement in people with complete spinal cord injury,” says Grégoire Courtine, co-senior author of the new paper and a neuroscientist at the Swiss Federal Institute of Technology Lausanne.

The new device actually targets “dorsal nerve roots,” a bundle of nerve fibers that deliver sensory information to the spine. But this sensory input triggers other nerves responsible for moving the trunk and limbs. As the paper’s other co-senior author Jocelyne Bloch puts it, “The pain electrode arrays are shorter and narrower, they were not designed to specifically target each individual nerve root to activate precisely and specifically the trunk and leg muscles.” Bloch is a neurosurgeon at Lausanne University Hospital in Switzerland.

Courtine explains that while the treatment effects of his group’s device are immediate, at first, the patients did require additional body weight support, which consisted of either two parallel bars on the ground or on a treadmill. After one to three more days, however, they were actually able to walk, again using a support aid. And after a few months, they improved at performing other motor activities, including cycling, canoeing, and even standing up and having a drink at a bar.

The authors believe their device works because only a small number of nerve fibers can survive an accident, but they end up going dormant as a result of receiving no stimulation from nerves beyond the injury site. Spinal stimulation only needs to reach these few nerve fibers to bring them back to life.

There is a caveat, though: Long-term improvements occurred only while the patients had their stimulation device switched on. People with complete paralysis will need a permanent spinal implant for the treatment to work. But Courtine sees that as a small price to pay to regain some degree of movement.

“The [new] evidence is consistent with the possibility that the fine adjustments in the placement of electrodes, relative to the positions of the dorsal roots, could be a factor in resulting in relatively rapid recovery of motor functions,” says V. Reggie Edgerton, a professor of physiology at the University of California, Los Angeles, who is conducting similar research with external stimulation techniques that do not require surgery.

Edgerton calls the new study an important advance in the field. Yet he asks to what degree the “preciseness” emphasized by the researchers is responsible for the outcomes reflected in motor behaviors, given that that patients still had to undergo extensive physical therapy.

Next for Bloch and Courtine is expanding access to spinal stimulation and movement recovery. Their group is collaborating with ONWARD, a collective of scientists, engineers and physicians aiming to develop therapies for spinal cord injuries. (Courtine is ONWARD’s chief scientific officer.) The plan is to create a commercial version of their technology and validate it with a clinical study next year.  He is uncertain of how much it will cost just yet but says the pricing will be similar to other nervous system stimulation technologies, such as deep brain stimulation for Parkinson’s disease.

As Courtine puts it, “[The idea] is to make this available to everyone.”