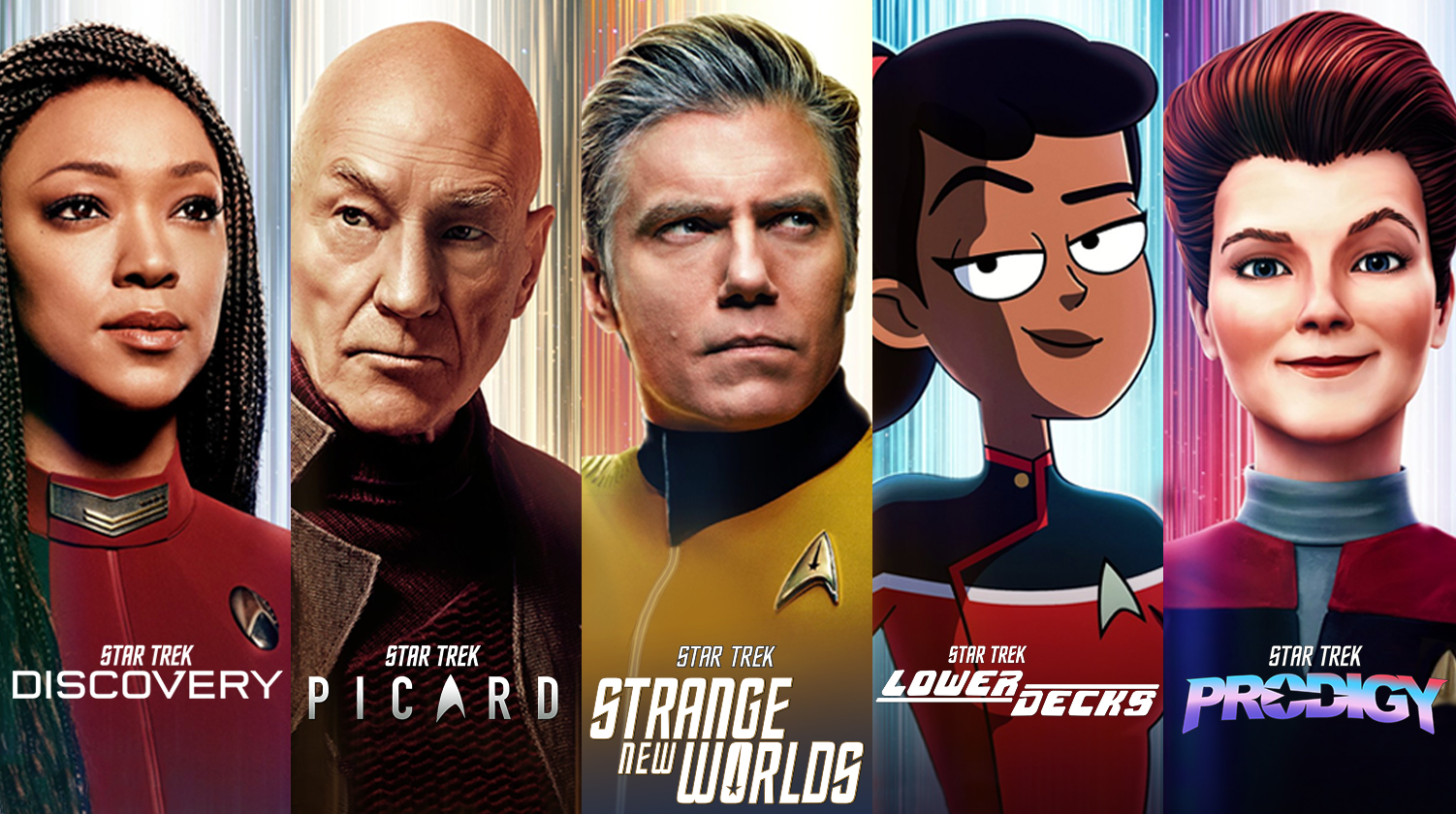 In a single “Star Trek“-tastic announcement, streaming service Paramount Plus provided updates on every incarnation of sci-fi’s favorite franchise, including a new trailer for “Star Trek: Picard” Season 2.

The second season of “Picard” will premiere on Thursday, March 3 (moved from Feb. 17) for 10 episodes, while Season 3 was due to start principal photography at the beginning of February, but that’s been delayed for a little while at least.

“Star Trek: Discovery” we already know returns on Thursday, Feb. 10 for the final six episodes, but the show has been renewed for a fifth season. Only time will tell if the crew of the USS Discovery face yet another anomaly threatening the whole galaxy, forcing the Federation member and non-member worlds alike to dig deep for the greater good. Check out our Star Trek streaming guide to see where to watch Discovery and other Trek shows and films online.

The eagerly awaited “Star Trek: Strange New Worlds” has been renewed for a second season, which isn’t surprising. Granted, we haven’t even seen a teaser yet, but Paramount+ has made a sizable financial commitment to this, so they’ll want to get a good run out of it. However, we finally have a season premiere date of Thursday, May 5.

It’s worth noting this is after “Star Trek First Contact Day” on Tuesday, April 5, so it’s very likely we’ll get to see a trailer then and it’s quite likely we’ll at least have had a teaser before then, too. Plus, the “Star Trek: Mission Chicago” event runs from Friday, April 8 to Sunday, April 10, so there’s bound to be some news and hopefully new footage too.

Related: Kirk vs Picard: Who is the best Star Trek captain?

“Star Trek: Lower Decks” has also been renewed for a 10-episode long fourth season and a 10-episode third season will drop sometime in the summer of this year.

The first season of “Star Trek: Prodigy” is currently airing on Paramount Plus until Thursday, Feb. 3, when there will be a mid-season break. The next 10 episodes that make up the second half of Season 1 will then return at an as-yet-unspecified date later this year. We also know that “Prodigy” has already been renewed for a second season.

The first seven episodes of Season 4 of “Star Trek: Discovery” are available to watch now on Paramount Plus in the U.S. and CTV Sci-Fi or Crave TV in Canada. Countries outside of North America can watch on the Pluto TV Sci-Fi channel.

Related: Kate Mulgrew spills the beans on bringing Captain Janeway back to TV

In the U.K., You can watch “Star Trek: Discovery” on Amazon Prime; it’s £20 for the whole series, or if you have a Fire TV stick you can watch it on Pluto TV where it airs at 9 p.m. on Fridays (repeated at 9 p.m. on Saturdays and Sundays), but it is not available on demand. Paramount Plus is coming to the U.K. later this year.

Here’s our updated calendar of sci-fi events to look for 2022, and my-oh-my, are we in for a treat this year. The premiere date of the second season of Amazon Prime Video’s awesome near-future set, comedy-drama “Upload” has also been confirmed this week for March 11, 2022.