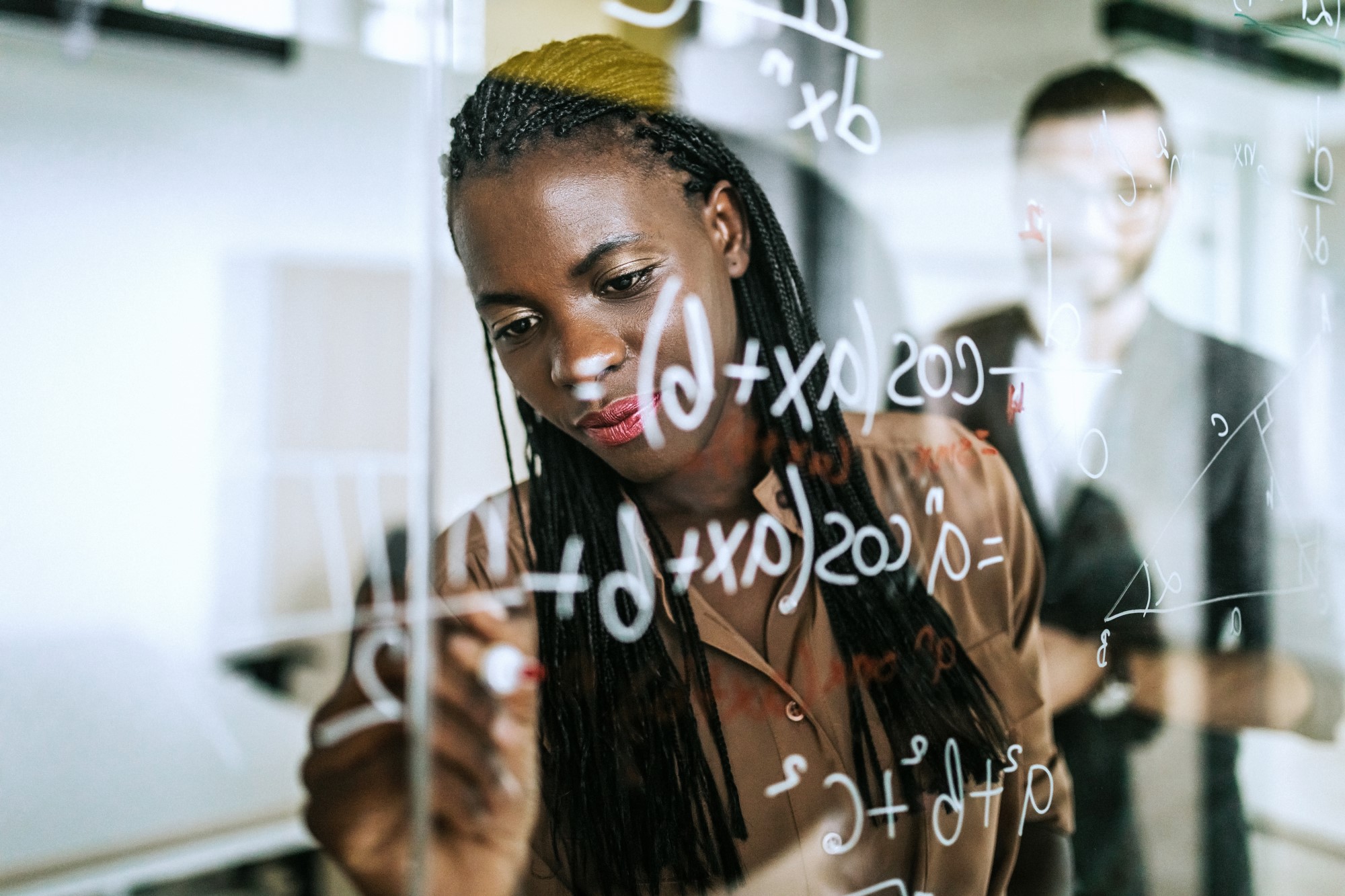 In both her undergraduate education at a historically Black university and as a graduate student in a diverse engineering program, Ebony Omotola McGee always had Black people like herself to look to.

That changed when she got a job at Hewlett-Packard. Suddenly, there were few Black people around her, and she felt isolated and “miserable.” She remembers white colleagues leaving math tests on her desk, even as she checked her math and engineering work in presentations over and over.

“It’s just a joke,” she said they told her in an interview with Space.com. “But go ahead and fill it out anyway.”

McGee eventually decided to pursue a career in science, technology, and engineering, and math (STEM) education, and is now a professor of diversity and STEM education in Peabody College at Vanderbilt University. Fostering and retaining racial diversity is an uphill battle in STEM, particularly in physics. A new package in Science magazine published in print and online in March includes five news stories and an editorial written by McGee delving into this issue. Drawing from interviews with over 50 Black scientists, these stories present stark data on the absence of Black people from physics, examine the factors that have caused this racial disparity and present ways to increase diversity in physics in the United States.

Related: In ‘The Disordered Cosmos,’ a physicist explores how physics and society intersect

The articles begin with undergraduate education. While the undergraduate physics major has become more popular over the past couple decades, Black students have been largely left out of that growth. Though the number of U.S. undergraduate physics degrees awarded tripled between 1999 and 2020, 4.8% of graduates in 1999 were Black, while in 2020 only 3.1% were.

Worse, many colleges and universities did not issue a single physics degree to a Black graduate during this period. Despite the small size and lack of funding for historically Black colleges and universities (HBCUs), a highly disproportionate number of Black physics majors graduated from these institutions. Meanwhile, only 0.5% of students in U.S. doctoral physics programs are Black.

In the Science collection, reporter Jeffery Mervis writes of how the overwhelming whiteness of many physics departments allows faculty to turn a blind eye to racial inequity. In 2017, scientist Apriel Hodari, who is Black, and physics educator Melissa Dancy, who is white, interviewed 27 white male academic physicists in a variety of positions. Although all the interviewees were concerned with the lack of diversity and equity in their field, they couldn’t think of any racist or sexist incidents or behavior, and did not believe there was anything they could do to combat these kinds of attitudes or the harm they cause.

“In other words, [any problem] is very far away from me,” Dancy told Mervis, “and I have no responsibility for it.”

The stories highlight heavy burdens placed Black students, faculty and HBCUs in trying to combat these issues. Mervis writes of the “deficit model” of academic physics, which assumes that aspiring physicists will round out their resumes with activities like prestigious internships, excluding talented Black students who might lack knowledge of or access to these programs.

Likewise, funding for HBCUs fell 15% between 2001 and 2019, even though these institutions have awarded the majority of physics degrees to Black students for decades. Many Black faculty members find themselves spending a lot of time recruiting and mentoring Black students, sometimes at the expense of their research, and are often asked to serve as ambassadors for diversity initiatives that white colleagues or superiors are not involved in.

“Don’t ask me to do a lot of work that you don’t value,” Adrienne Stiff-Roberts, a Black physicist and professor of electrical and computer engineering at Duke University, told Mervis.

Meanwhile, the Science package also highlights a University of Michigan graduate program in applied physics that is having surprising success attracting diverse students — especially given that it was never intended to address racial inequity. The collaborative and interdisciplinary program exposes students to a wide range of knowledge and professors instead of keeping them within a siloed academic department that can perpetuate racist, exclusionary tendencies.

“We found that our approach attracted a lot of interest from students of color,” Roy Clarke, the white physicist who created the program, told Mervis.

But the University of Michigan program is far from the norm, and in her editorial McGee points out that even Black physicists who “make it” often bear a heavy emotional toll and are forced to change aspects of themselves to fit in, such as their appearance and the way they speak.

In an interview with Space.com, she said the burden to address disparity and change the culture can’t continue to fall largely on Black faculty like her. Her white colleagues, McGee said, from junior professors to the most senior tenured faculty, need to use their privilege for good and advocate for Black students and faculty.

“It’s really in your actions,” she said. “If you are not sharing or giving up your power or privilege at any stage of the game, then you’re just putting pretty icing on a really toxic, decrepit cake.”