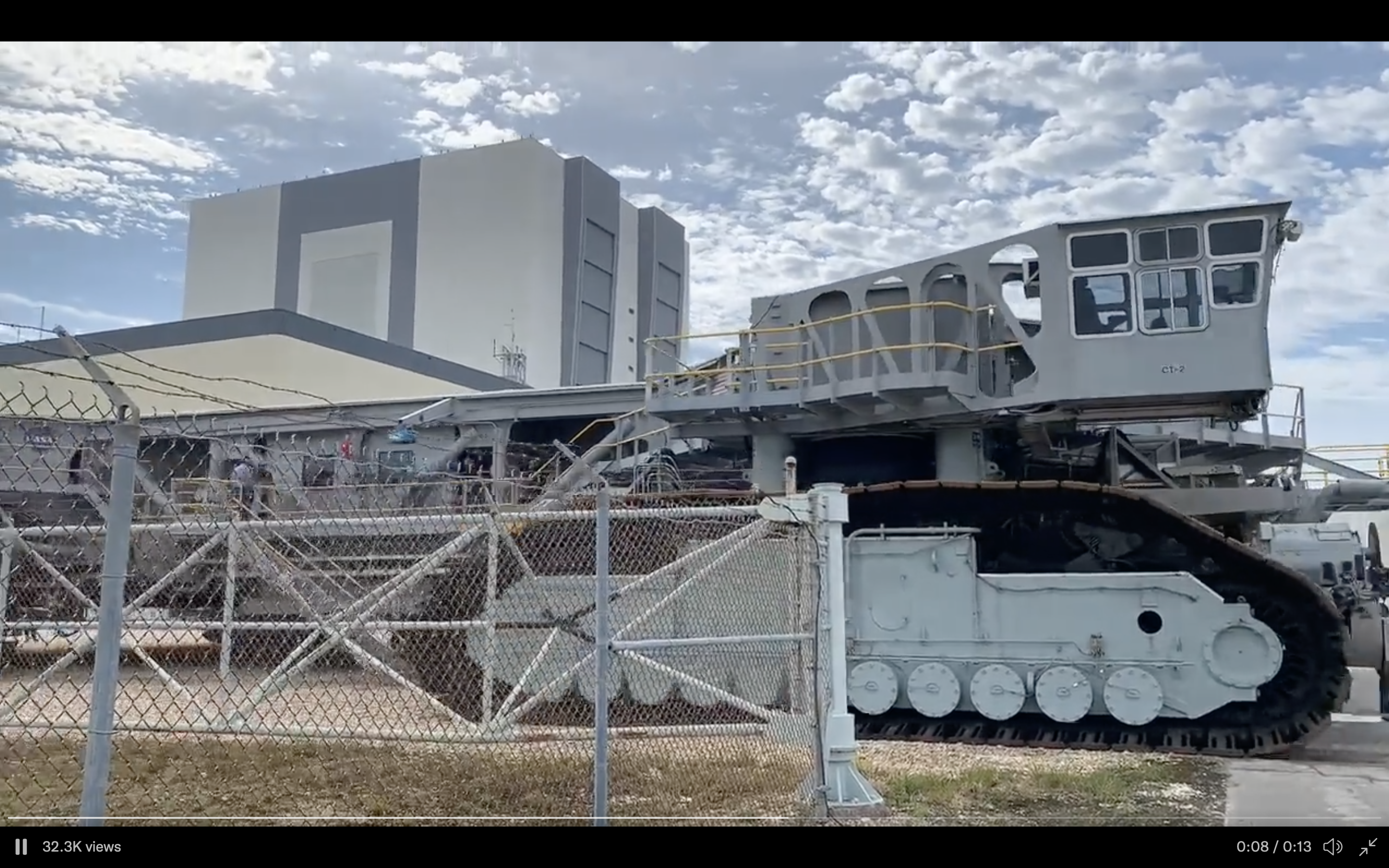 Everybody’s favorite giant rocket truck is back in action.

Today (March 11), NASA’s crawler-transporter 2 (CT-2) vehicle began to slowly “crawl” its way to the Vehicle Assembly Building at NASA’s Kennedy Space Center in Florida, where it will pick up the agency’s Space Launch System megarocket and Orion spacecraft. The pair are set to launch this summer to the moon with Artemis 1, an uncrewed mission and the first to lift off with the agency’s Artemis program.

Today’s (slow) move is in preparation for the real action on March 17, when the crawler will carry the moon-bound rocket on a 4-mile (6.4 kilometers) journey to launchpad 39B.

Crawler-transporter 2 is on the move!This massive transporter is currently making its way to the Vehicle Assembly Building to pick up @NASA_SLS and @NASA_Orion. On March 17, it’ll make the four-mile journey to Launch Complex 39B to drop off the #Artemis I Moon rocket. pic.twitter.com/CytCD4oxyyMarch 11, 2022

The CT-2 is one of NASA’s two crawler-transporter vehicles, whose primary job is to carry heavy objects like rockets and spacecraft. It is a massive vehicle, roughly the size of a baseball infield, and it weighs about 6.6 million pounds (2.9 million kilograms). The crawler gets its name from its snail’s-pace speeds, as it moves at a top speed of about 1 mph (1.6 kph) fully loaded and 2 mph (3.2 kph) unloaded, according to NASA.

While CT-2 is over 50 years old and has traveled over a whopping 2,335 miles (3,758 km) throughout its lifetime, NASA expects many more years from the vehicle.

The crawler’s job currently is to retrieve SLS and Orion from the VAB and then, next week, roll them out to the launch pad. The pair are set to launch on Artemis 1 no earlier than May. This first Artemis mission will send the Orion spacecraft around the moon and will test both the craft and the SLS megarocket to see if they are up to the task of safely launching humans to space.

Following Artemis 1, Artemis 2, which is set to launch in 2024, will send a crew of astronauts on a mission around the moon and back. Artemis 3, which aims to launch no earlier than 2025, will land humans on the surface of the moon for the first time since 1972, when NASA’s final Apollo moon landing occurred.