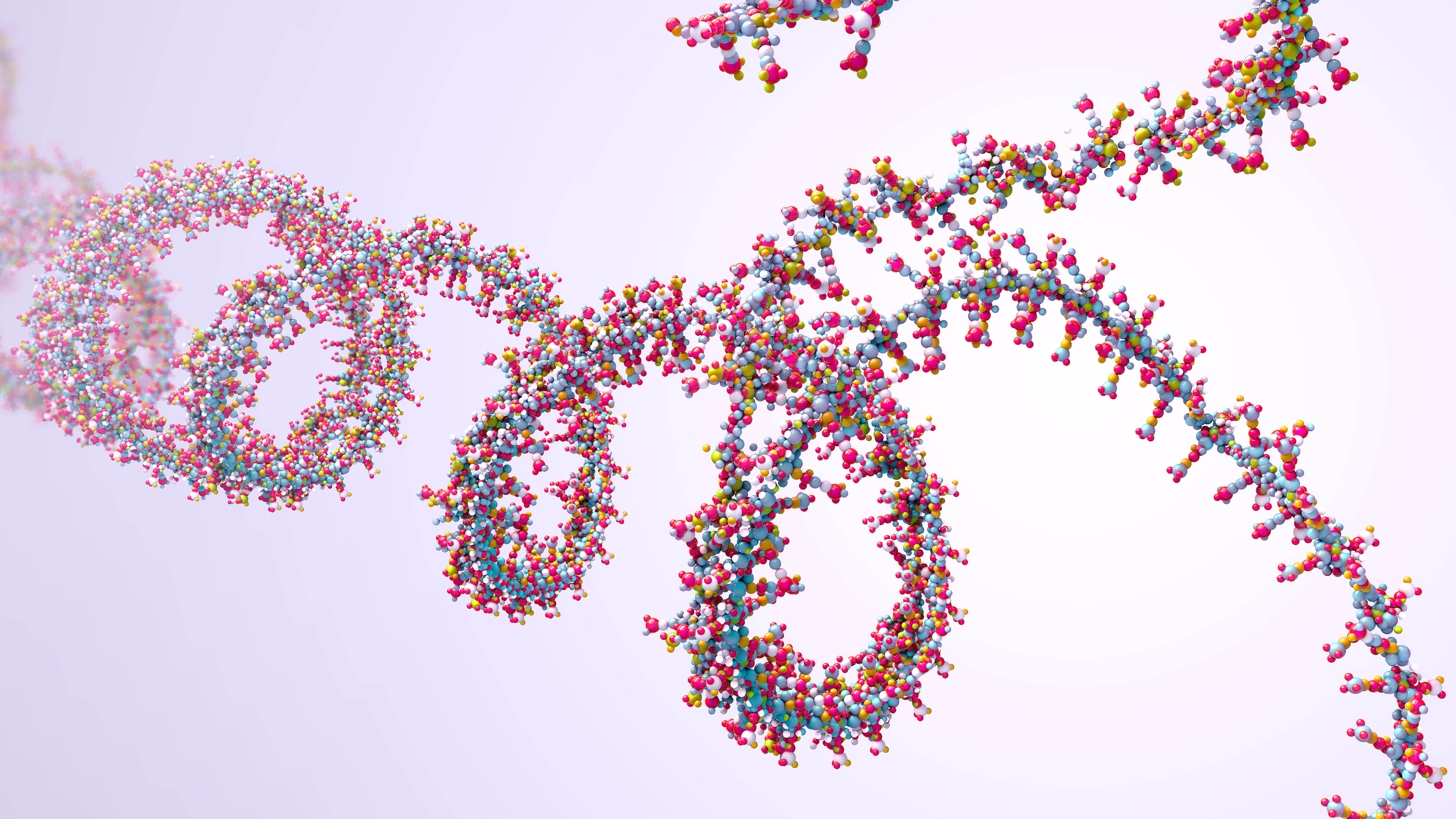 At one time, Earth had no life. Then, it did. Whether the process was gradual or rapid, the transformation of chemistry to biochemistry on our planet was one of the most amazing developments to happen in the universe. It’s so rare that to date, we have absolutely no evidence of any form of life anywhere else in the cosmos.

So what, exactly, happened? The answer to that question sits at the intersection of cutting-edge research in astronomy, biology, chemistry and geology. In a recent study, researchers propose that it may take the whole planet to raise a self-replicating molecule, involving a complex interaction of hydrogen-rich meteorites, volcanic activity, warm ponds and an unlikely precursor for life: hydrogen cyanide.

Related: Life on Earth may have started with a cosmic splash

Earth formed about 4.5 billion years ago, but it immediately suffered countless collisions, including one big enough to tear a chunk out of our planet and create the moon. Eventually, things settled down enough for life to appear, sometime between 4.5 billion and 3.7 billion years ago.

Those early life-forms were almost certainly very different from modern-day ones. That’s because modern-day life-forms require three macromolecules: DNA, RNA and proteins. Very roughly, our DNA stores information, the RNA transmits that information to manufacture proteins, and the proteins do most of the work of keeping life alive — including replicating DNA.

This system is so interconnected that it’s unlikely that it all appeared at once in its modern form. But primitive life still needed to perform the basic functions of life: store information, replicate itself and catalyze other chemical reactions.

It’s possible that RNA alone is capable of doing all three — definitely not as efficiently as the DNA-RNA-protein combo we have today, but it makes for a plausible starting point for life.

If RNA can get going as a primitive form of life, then Darwinian evolution can take over, enabling more complex and more efficient biochemical processes to emerge. So perhaps to crack the origins of life on Earth, we just need a lot of self-replicating RNA. But where does the self-replicating RNA come from?

In the new study, researchers developed a complex model of the early Earth. It goes a little something like this:

The massive collision that created the moon just happened. Earth’s surface cooled from the aftermath, with the oceans just beginning to form and the continents starting to emerge. It was still a pretty nasty place. Meteorites left over from the formation of the solar system constantly battered the young Earth, and active volcanoes covered the face of the planet like a nasty breakout of teenage zits.

Those meteorite impacts, as nasty as they were, delivered a crucial element: hydrogen. Hydrogen is the lightest element, so it doesn’t stick around long unless it gets bound up in other molecules.

But as the meteorites were delivering fresh supplies of hydrogen to Earth’s atmosphere, those volcanoes were spewing tremendous amounts of carbon dioxide. Also, the oceans were much warmer than they are today, and they were constantly evaporating into the atmosphere. Lastly, undersea vents were leaking methane.

That’s right, hydrogen cyanide. The poisonous gas that can spell certain death for modern-day life may have been the most important molecule in the development of that same life.

In their work, the researchers found that hydrogen cyanide can rain out of the atmosphere into warm little ponds, where the compound begins its molecular dance with other naturally occurring molecules. They found that during a 100 million year-long period some 4.4 billion years ago, the amount of hydrogen cyanide raining into ponds was enough to create high concentrations of adenine, one of the components of RNA.

Eventually, as meteorites stopped dropping, the hydrogen levels in the atmosphere fell. But by then, enough adenine may have been created to begin the formation of RNA strands, which may have triggered the exploration of self-replication and the beginning stages of life, the researchers explained.

If it seems like a lot of steps, it’s because it is. Even though these early life-forms would be considered highly primitive from the perspective of modern life, self-replicating and catalyzing RNA strands are already extremely complex molecules, and their appearance necessarily includes a lot of precursor reactions.

No matter what, something special definitely happened on Earth long ago, and it may have started with hydrogen cyanide.

The study was published in the preprint database arXiv on Jan. 3 and accepted for publication in The Astrophysical Journal.