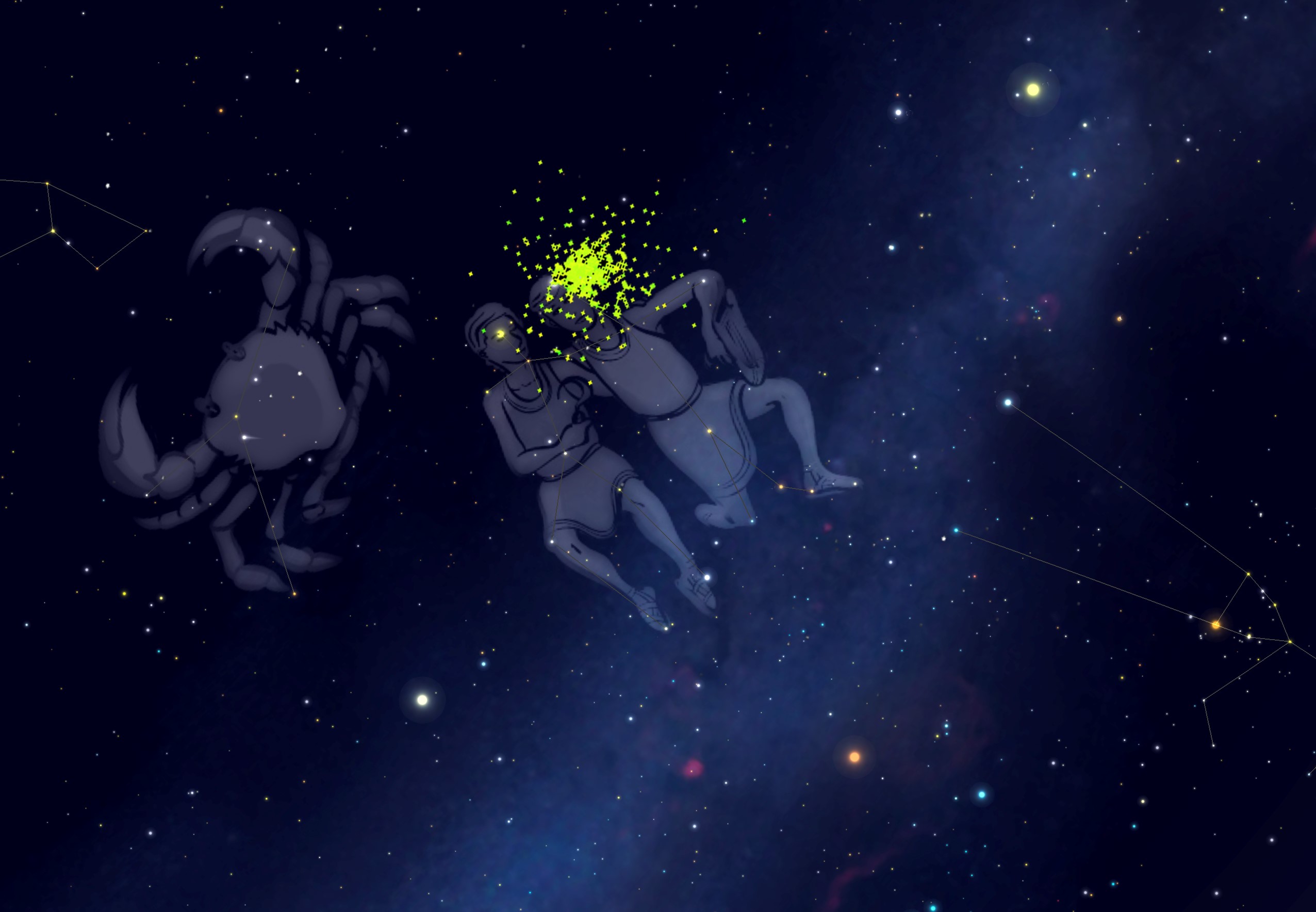 The Geminid meteor shower will reach its peak tonight (Dec. 13), and you can watch the annual starry night display live online, weather permitting.

The Geminid meteor shower is known as the most active meteor shower of the year, boasting 100 to 150 meteors per hour. This year, however, the meteor shower peaks only a few days before the December full moon on Dec. 18, meaning the bright moonlight may interfere with viewing any of the dazzling meteors.

Related: Geminid meteor shower 2021 guide: When & how to see it

NASA will offer a livestream of the meteor shower’s peak tonight, starting at 9 p.m. EST (Dec. 14 at 0200 GMT), using a meteor camera at the space agency’s Marshall Space Flight Center in Huntsville, Alabama. The waxing, gibbous moon, which will be about 80% full and may reduce visibility to 30 to 40 meteors per hour, is expected to set on Dec. 14 around 2 a.m. EST (0700 GMT), offering the best viewing opportunity. The live stream will be available on NASA’s Meteor Watch Facebook page.

The Geminids are named after the constellation Gemini, from which they appear to originate. The green-colored meteors are fragments of a cosmic object known as 3200 Phaethon, which leaves a debris trail as it orbits around the sun. Once a year, Earth passes through the object’s dusty path, creating a spectacular meteor display that can be seen by most of the world.

However, there has been some debate over the exact nature of 3200 Phaethon. While some astronomers claim its orbit and similarities to main-belt asteroid Pallas make it an asteroid, others argue that it is actually an extinct comet, given observations that show a small amount of material leaving Phaethon’s surface, according to a statement from NASA.

The Geminids, which travel 78,000 mph (125,500 kph), are best viewed by observers in the Northern Hemisphere, where the shower’s radiant point — or the point in the sky from which the meteors appear to emanate — is near the constellation Gemini, the twins, in the northern sky. In the Southern Hemisphere, the Geminid radiant is closer to the horizon, meaning fewer Geminids are visible in more southern locations, according to the statement.

If you miss the Geminids’ peak tonight, don’t worry — the meteor shower will remain active until Dec. 17. You can also try to spot Geminids in nightly videos recorded by the All Sky Fireball Network, which are made available each morning online. If you plan to view the meteor shower outside, remember to bundle up and give your eyes time to adjust to the darkness; a full guide to observing firsthand is available here.

Editor’s note: If you snap an amazing photo of an Geminid meteor or any other night-sky sight and you’d like to share it with Space.com for a story or image gallery, send images, comments and location information to spacephotos@space.com.