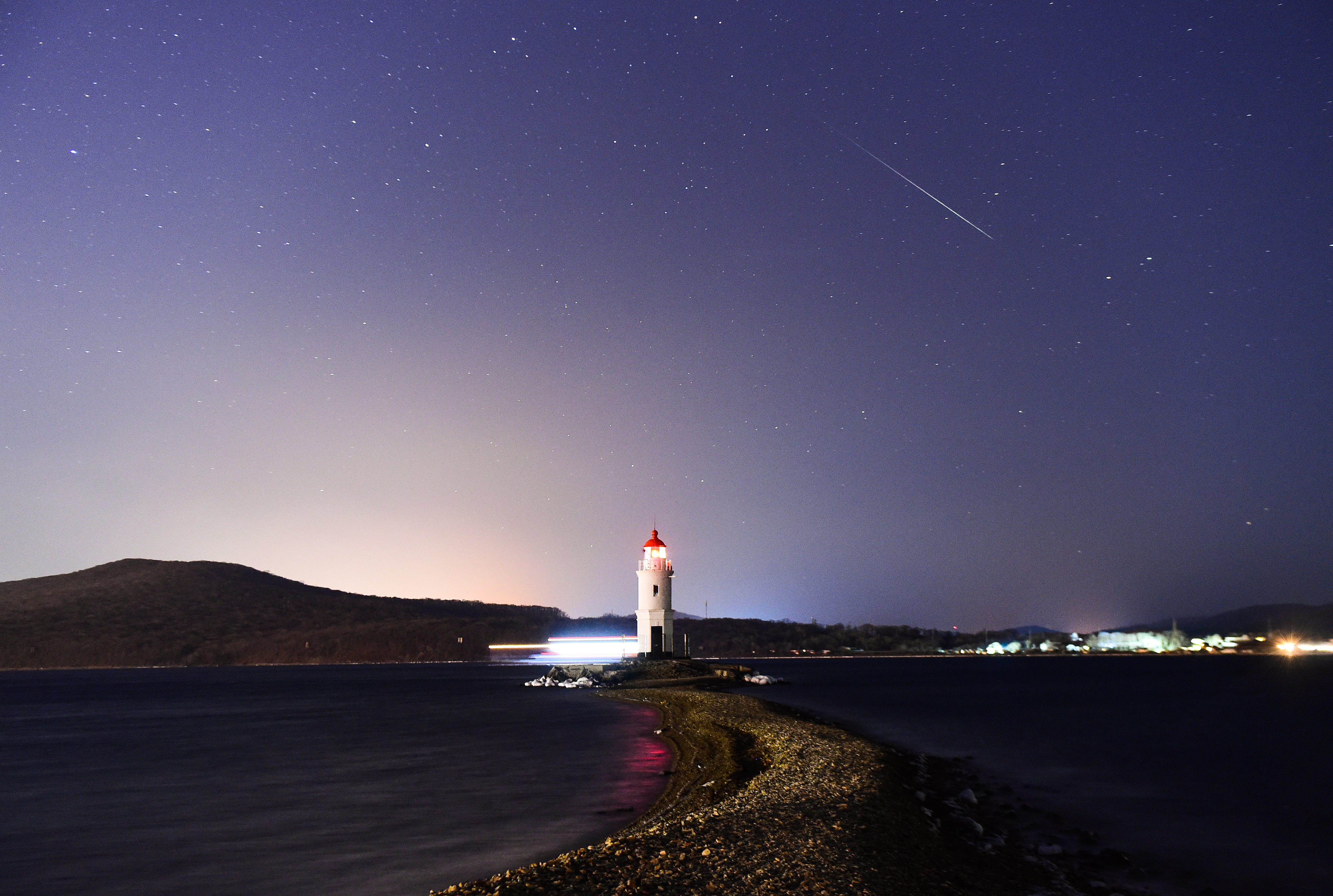 The December Geminid meteor shower is usually considered the most satisfying of the annual meteor displays, but this year, the moon will put a damper on the spectacle.

Unfortunately, the moon will be full on Dec. 18 and as such will seriously hamper viewing the peak of the Geminid meteor shower, predicted to occur during the overnight hours of Dec. 13-14. Bright moonlight will flood the sky for more than half of that night and will certainly play havoc with any serious attempts to observe these meteors.

The Geminids are already around, having been active only in a very weak and scattered form since around Dec. 7. But a noticeable upswing in Geminid activity is expected in the nights to come, leading up to their peak late Monday night and early Tuesday morning. Historically, this shower has a reputation for being rich both in slow, bright meteors as well as rather faint meteors, with relatively few of medium brightness. Many Geminids appear yellowish in hue.

And every once in a while, a Geminid fireball will blaze forth, bright enough to be quite spectacular and more than capable to attract attention even in bright moonlight. In their book, “Observe Meteors,” published by the Astronomical League, astronomers David Levy and Stephen Edberg note that, “If you have not yet seen a mighty Geminid fireball arcing gracefully across an expanse of sky, then you have not seen a meteor.”

This year, perhaps the best times to look for Geminids will be during the predawn hours several mornings before the night of full moon. That’s when the constellation Gemini (from which the meteors get their name) will be standing high in the northwest sky.

All times are a.m. and are local standard times. Each time range indicates the time of moonset and the time when morning (astronomical) twilight begins. In parentheses is the duration of the available window of dark sky between those times. Example: “When will the sky be dark and moonless for Geminid viewing on the morning of Dec. 15 from Seattle?” Answer: There will be a 91-minute period of dark skies beginning at moonset (4:25 a.m.) and continuing until dawn breaks (5:56 a.m.).

The Geminids have a tendency to rise slowly toward their maximum. The day before they peak, the majority of the meteors that are seen are usually rather faint. But at the peak and the day after, the shower is dominated by bright meteors; the intensity of the display drops off rather sharply the day after the peak.

Therefore, during the 3.5-hour period of dark skies on the morning of Monday (Dec. 13), if you’re in a location free from light pollution and with a wide-open view of the sky, you can expect to see an average of 30 to 60 Geminids per hour, though many will probably be rather faint.

Tuesday morning (Dec. 14) will be the peak of the shower, but there’s now just over 2.5 hours of darkness before moonset and the first light of dawn. Nonetheless, during that hour, you might see anywhere from 60 to 120 Geminids, many of them bright and perhaps a few outstandingly bright (fireballs).

By Wednesday morning (Dec. 15), the peak of the shower will have passed and the activity will be rapidly declining, with average rates down to 15 to 30 bright meteors per hour, but you’ll still have over an hour and a half of darkness between the setting of a nearly full moon and the dawn’s early light.

Preparing for your meteor watch

No two observers prepare for a meteor vigil the same way. It helps to have had a late afternoon nap, a shower and to wear all fresh clothing.

Be sure to keep this in mind: at this time of year, meteor watching can be a long, cold business. Expect the ambient air temperature to be far below what your local radio or TV weathercaster predicts. When you sit quite still, close to the rapidly cooling ground, you can become very chilled. You wait and you wait for meteors to appear. When they don’t appear right away, if you’re cold and uncomfortable, you’re not going to be looking for meteors for very long! Therefore, make sure you’re warm and comfortable.

Warm cocoa or coffee can take the edge off the chill, as well as provide a slight stimulus. It’s even better if you can observe with friends. That way, you can keep each other awake, as well as cover more sky. Give your eyes time to adjust to the darkness before starting to look for meteors. Probably the best bet is to rest on a lawn lounge, all the way back, so you can look up and see the whole sky.

When you see a streak, mentally run it backwards across the sky. Do the same with the second and third and note where their paths cross. Right there will be the bright star Castor in Gemini (with the brilliant planet Jupiter also shining not too far to the south), the region of the sky where the Geminids appear to fan out from.

Corpse of a comet?

A final point to note is that Geminids stand apart from the other meteor showers in that they seem to have been spawned not by a comet, but by 3200 Phaethon, an Earth-crossing asteroid. Then again, the Geminids may be comet debris after all, for some astronomers consider Phaeton to really be the dead nucleus of a burned-out comet that somehow got trapped into an unusually tight orbit.

Joe Rao serves as an instructor and guest lecturer at New York’s Hayden Planetarium. He writes about astronomy for Natural History magazine, the Farmers’ Almanac and other publications. Follow us on Twitter @Spacedotcom and on Facebook.