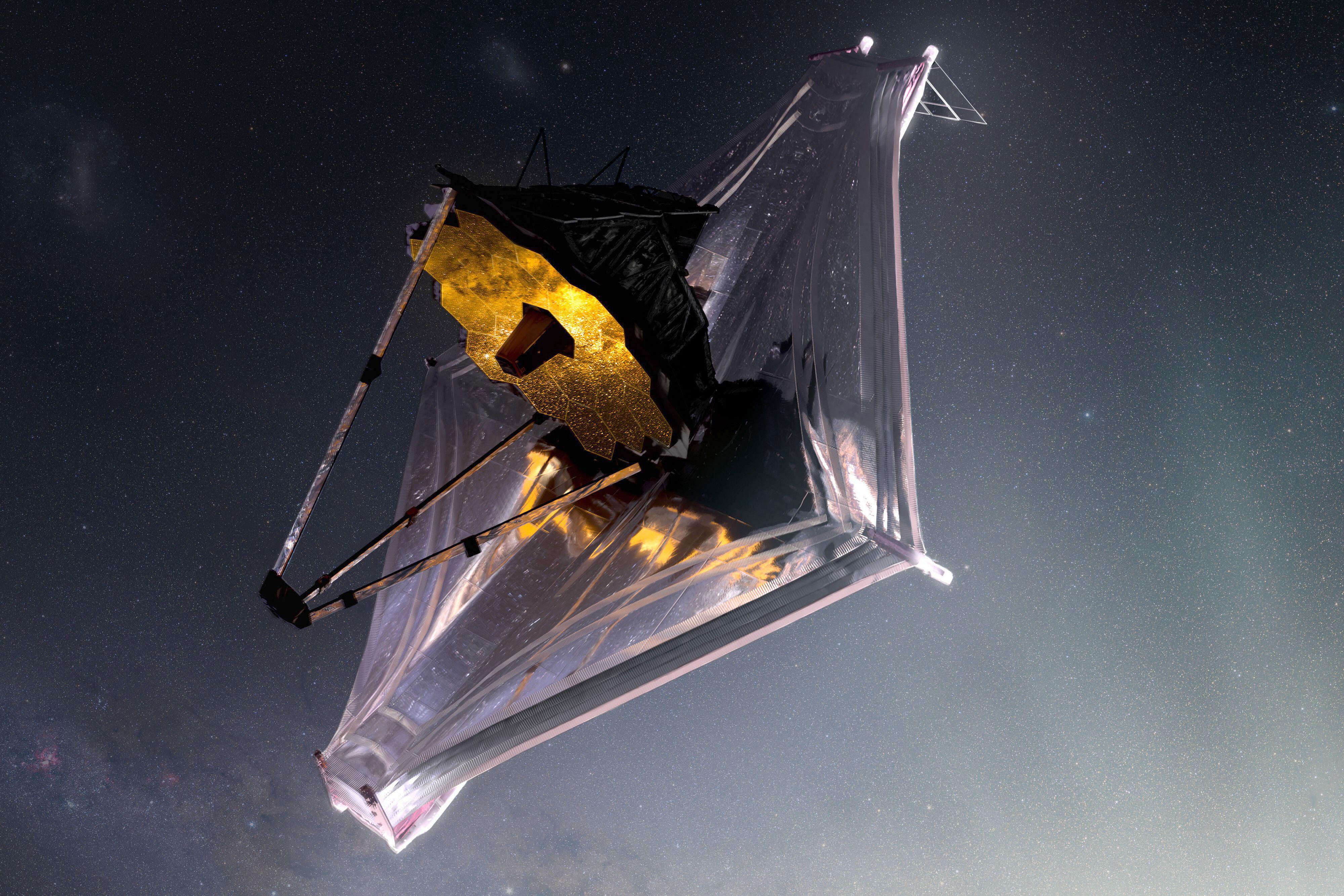 On Christmas morning of 2021, astronomers watched their new, greatest tool successfully blast off into space. Now the James Webb Space Telescope (JWST) is fully deployed and has arrived at its deep-space destination, a quiet locale 1.5 million kilometers beyond Earth.

Massimo Stiavelli heads the JWST Mission Office at the institute that allocates research time on the telescope. According to Stiavelli, “every area of science is covered” in the proposals his group has approved, from the search for potentially habitable exoplanets to studies of the earliest stars. Yet he is particularly hopeful that JWST could help settle one of the biggest controversies in modern astronomy: the dispute about the expansion rate of the universe.

“If you try to measure the current expansion rate, well, there’s a variety of techniques that people use, and they tend to get a certain number,” says Tommaso Treu, an astrophysicist at the University of California, Los Angeles. “And it turns out that those numbers don’t match.”

Measurements of the universe’s expansion rate, known as the Hubble constant, currently cluster around two figures: 67 and 73. Each number is an expression of the same thing—the kilometers-per-second rate of cosmic expansion per every megaparsec (roughly 3.26 million light-years) of space. Although seemingly slight, the difference between these figures is enormous in comparison with the high-precision agreement that exists for other cosmological measurements. Simply put, something is not adding up.

Researchers are not sure how to account for this discrepancy, which they call the Hubble tension. It may just be an error resulting from the different ways the Hubble constant is being measured. Otherwise, the tension could spell trouble for our current understanding of physics, forcing theorists to revisit (and perhaps even discard) some of their most cherished models.

“The quest to measure the expansion rate goes back around 100 years,” says Adam Riess, an astrophysicist at Johns Hopkins University. Scientists taking part in that quest fall into two main camps.

The first camp gathers data from the very early universe. These researchers rely on the cosmic microwave background, a residual glow of radiation from roughly 400,000 years after the big bang. By taking measurements from the cosmic microwave background and extrapolating them into the present using our best physical models, astronomers in this camp can reach an estimate for the expansion rate of the universe today. Their calculations indicate that the Hubble constant is around 67.

But Riess adds that JWST will not improve measurements of this kind. Microwaves from the early universe have wavelengths that are too long for JWST—which focuses on infrared light—to detect. Instead JWST has the potential to improve results from the other camp (of which Riess is a prominent member): local measurements.

Astronomers have found a few ways to gauge such celestial distances. Most of them rely on “standard candles,” astronomical objects of known brightness. By comparing such an object’s actual, intrinsic brightness with its apparent brightness through a telescope, observers can reliably determine its distance from Earth.

Wendy Freedman, an astronomer at the University of Chicago, uses a certain class of red giant stars as her preferred standard candle. “The physics [of these stars] leads to this standard luminosity,” which makes them perfect distance indicators, Freedman explains. Using the Hubble Space Telescope to observe these red giants, Freedman’s team arrived at an estimate for the Hubble constant in 2019: roughly 70.

That is on the low end of local estimates. (In fact, it is vexingly midway between the standard values embraced by each camp.) According to Riess, whose standard-candle work uses supernovae and Cepheid variable stars instead of red giants, most local studies have produced somewhat higher values for the Hubble constant—some as high as 75, with an average around 73.

This is a much bigger range than the measurements out of the early-universe camp. Likewise, local studies tend to have greater “error bars” (or uncertainties) than studies that use early-universe data.

That is where JWST can help. By observing in the infrared spectrum, it will be able to look straight through pesky clouds of space dust that all too often interfere with local astronomers’ measurements. The Hubble Space Telescope—the previous tool of choice for local astronomers—has far more modest infrared capabilities; its infrared measurements come at the expense of lower image quality. As Riess explains, JWST can do both: observe in infrared and maintain high-resolution imaging.

JWST is such a technological improvement that, rather than altering their methods, many astronomers are planning to carefully replicate their prior research in order to see if the results change. Both Riess and Freedman have been granted research time on JWST to do just that.

Whether or not their results will change is uncertain. It is possible that data from JWST could lead local studies to cluster around an estimate for the Hubble constant as low as the one from the early-universe camp. But that seems very unlikely: Riess points out that virtually no local study has produced a result so low, just as no early-universe study has produced a result as high as 73.

So what would it mean if local studies again cluster around 73 but this time with even greater precision? According to Treu, that would imply the Hubble tension is a real discrepancy and not just the result of study error.

If so, Treu adds, that would probably point to something fundamentally absent in our understanding of physics. Because early universe studies rely on physical models to extrapolate their primordial data into the present, missing physics could be the reason those studies are producing a figure as low as 67.

Likewise, Freedman notes that most of these ideas wind up “wrecking” other, agreed on parts of physics somewhere along the line. “This turns out to be really difficult to solve—which is not to say somebody’s not going to come up with a brilliant idea at some point,” Freedman says.

There may be a hole in physics. There is no guarantee that JWST will help us figure out how to fill it. But by giving greater insight into the Hubble tension, JWST can at least help confirm that the hole is really there.