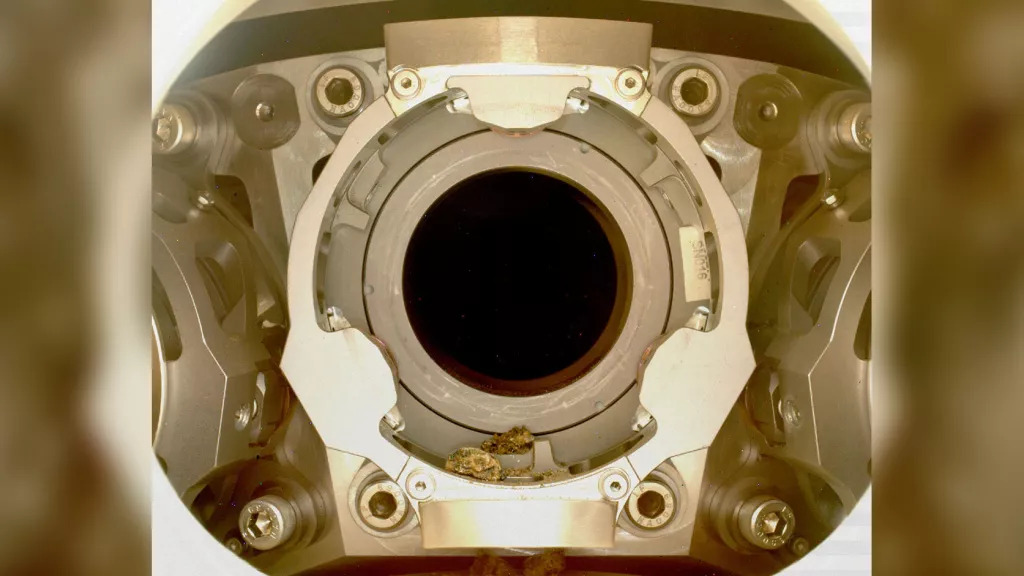 NASA’s Perseverance rover will dump its latest Mars sample to unclog pebbles from its drill.

Perseverance mission managers made the unexpected announcement that they had to dump out Percy’s latest sample via a blog post on Friday (Jan. 14). The team even shared in the post that they never thought they would have to do that as one of Perseverance’s main goals is to pick up Mars samples for future analysis.

“I never imagined we would perform [this maneuver] – ever,” wrote Jennifer Trosper, project manager at NASA’s Jet Propulsion Laboratory, in the blog. “Simply put, we are returning the remaining contents of Sample Tube 261, our latest cored-rock sample, back to its planet of origin.”

The car-sized rover reported the stuck debris publicly during its sixth rock core seizure on Jan. 7, via the mission’s Twitter account and a previous blog post. Engineers have continued to work on the issue to clear the problem without causing any damage to the craft. This fix will likely require that Percy sit in place for another week or so.

Trosper outlined the steps JPL has taken so far to figure out a solution. Perseverance took pictures of the ground below on Jan. 12 so “we would have a good idea what rocks and pebbles already exist down there,” she said. There has also been some “terrestrial experimentation,” though Trosper did not elaborate on what exactly this entails.

Pre-launch rover testing on Earth revealed that evacuating the drill’s collection tube is fairly easy to do, she reported, although this hasn’t been tested yet on windy, dusty Mars where the gravity is a quarter that of our own planet’s.

“We sent commands up yesterday, and later on today the rover’s robotic arm will simply point the open end of the sample tube toward the surface of Mars and let gravity do the rest,” Trosper said, meaning the procedure was likely finished over this past weekend. Results are expected to be reported on Tuesday (Jan. 18).

The commands will ask the rover to do rotation tests of its bit carousel to assess pebble movement, and more information will come from new pictures taken underneath Perseverance to see if more “pebbles happen to pop free,” she said.

The team is not sure how much of the cored rock is still in the tube, but if the evacuation goes well they may attempt to redo the coring procedure. Perseverance is caching samples like this one for a planned sample-return mission to pick up.