For you to read this article, the eyes have to perform quite the task – light enters the cornea and travels through the pupil and lens to the retina at the back, where light-sensitive cells such as cones and rods then pass things on to the brain via electrical signals in the optic nerve.

Now, a study has added a surprising new lens to this process. In cone receptors, mitochondria – which you might know as the powerhouse of the cell – appear to be acting like little ‘microlenses’ to help deliver photons to the nerve cells.

“We were surprised by this fascinating phenomenon that mitochondria appear to have a dual purpose,” said senior author, National Eye Institute neurologist Wei Li, “their well-established metabolic role producing energy, as well as this optical effect.”

Mitochondria are fabulous little organelles. They have the hardworking job in cells to generate most of the chemical energy required, so the cell can perform its functions. But if you remember what they look like from biology class, mitochondria don’t seem like the kind of structure that would be very effective at redirecting light. 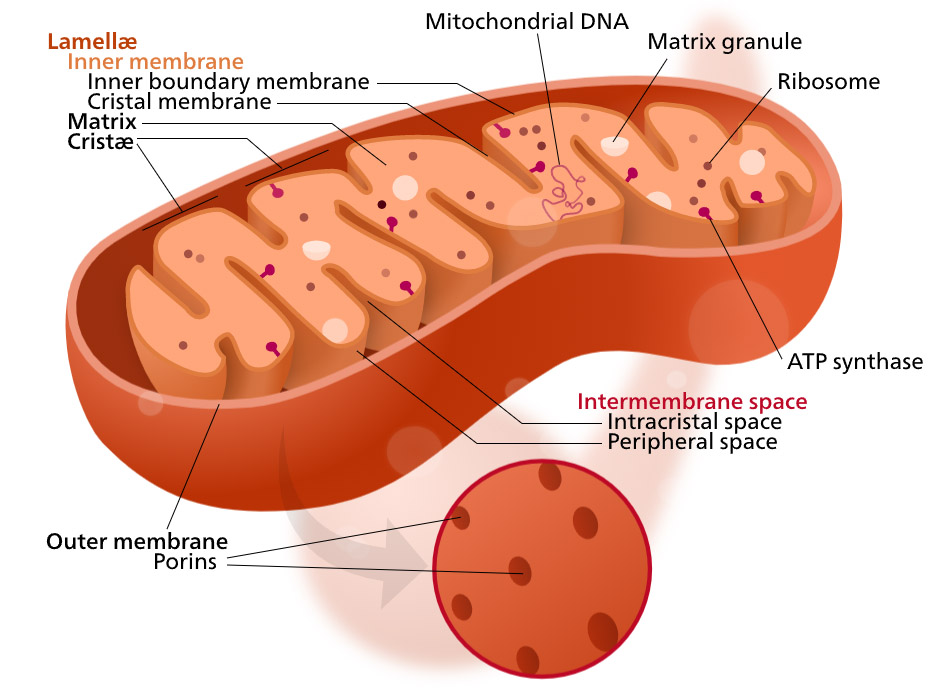 This seemed particularly weird to the researchers, as mitochondria are positioned in the light-sensitive outer segment of the cones in our retina. This means that light can hit the mitochondria directly, which could potentially cause photons to scatter off in weird directions, or even be absorbed, stopping light from reaching nerve cells altogether.

“Here, we show, via live imaging and simulations, that despite this risk of light scattering or absorption, these tightly packed mitochondria ‘focus’ light for entry into the outer segment and that mitochondrial remodeling affects such light concentration.”

The researchers used the thirteen-lined ground squirrel (Ictidomys tridecemlineatus) as their model organism. These animals are not nocturnal, so they have lots of cones to detect color, and not as many rods to see in darkness – at least compared to many other mammals. This allowed the researchers to look at an isolated layer of cones containing live mitochondria.

The squirrels unfortunately had to be euthanized and their eyes dissected; soon after death, the retina itself was cut into sections and then placed on a microscope slide, removing layers until only the light-sensing cells (photoreceptors) remained.

This meant the researchers could shine light into the photoreceptors with the mitochondria still alive, thus revealing this interesting microlensing effect.

Although mammalian cone cells should all be pretty similar, we can’t confirm yet that this is also definitely happening in human cells – more research will have to determine that. But this is looking promising, and it also explains a particular unknown about the mammalian retina.

“The lens-like function of mitochondria also may explain the phenomenon known as the Stiles-Crawford effect,” said Ball.

The Stiles-Crawford effect is a property of cone receptors where light that enters the center of the pupil produces more of a response in our cone cells than light entering closer to the edge.

The team found experimentally and using computer models that mitochondrial interaction with light matched the Stiles-Crawford effect, meaning the mitochondria could be the cause.

“This ‘microlens’-like feature of cone mitochondria delivers light with an angular dependence akin to the Stiles-Crawford effect, providing a simple explanation for this essential visual phenomenon that improves resolution,” the team wrote.

Looks like the powerhouse of the cell has been moonlighting as a secret helper to our vision, too.

The paper has been published in Science Advances.