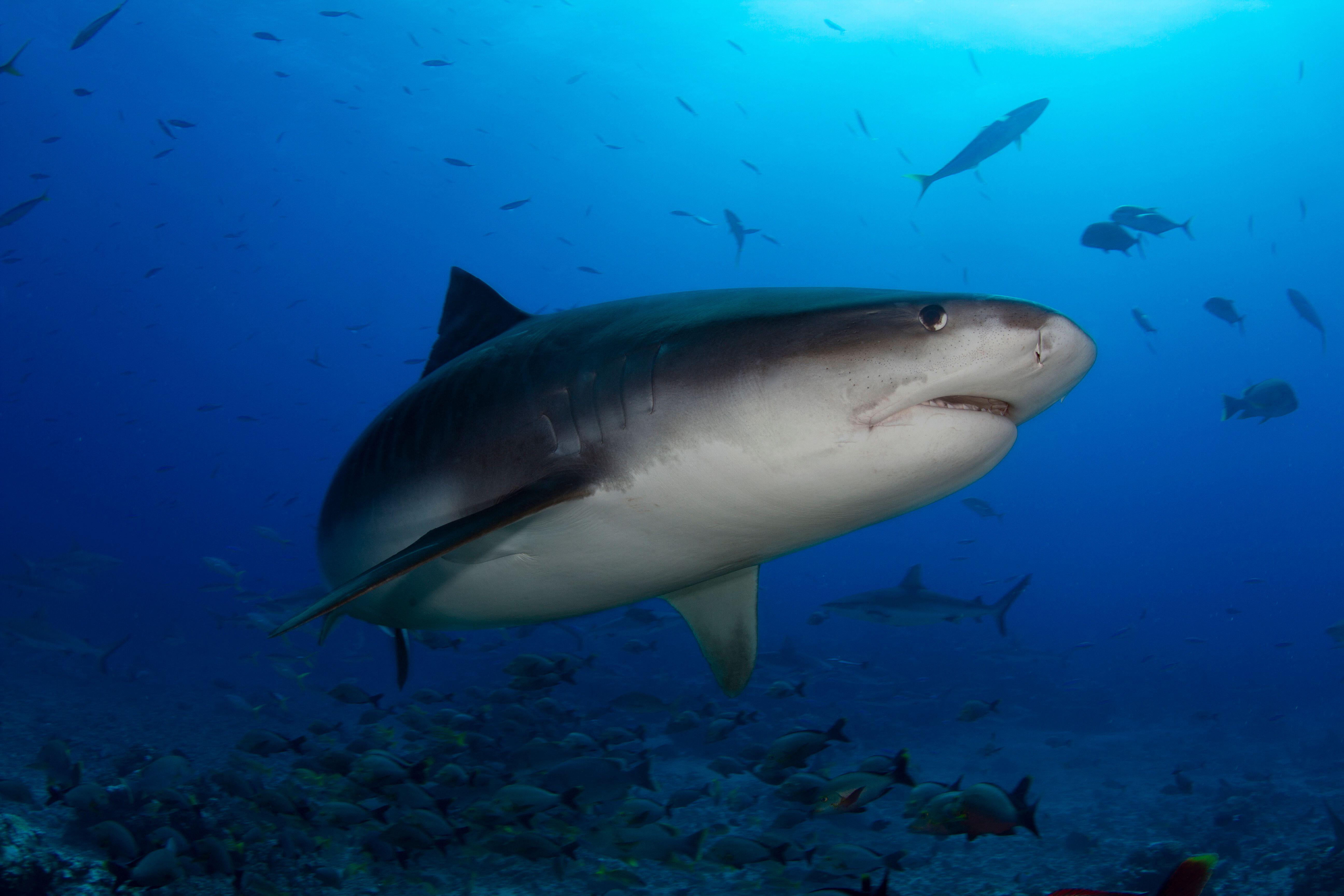 As it happens, tiger sharks have something in common with certain East Coasters.

Neil Hammerschlag: During the winter when it’s cold, they snowbird down near the Bahamas and off of Florida. And then during the summer, they migrate north.

Intagliata: Neil Hammerschlag is director of the Shark Research & Conservation Program at the University of Miami.

He and his colleagues analyzed 40 years of fishing catch data, and found that as ocean waters warm, the sharks’ range has shifted some 250 miles to the north. The sharks, it seems, are chasing their preferred water temperatures to the north. They also tracked dozens of tiger sharks with satellite tags for nine years, and found similar results.

This shift matters, Hammerschlag says, because tiger sharks are apex predators, and where they go influences the food web beneath them. The sharks are also moving outside marine protected areas, and into places where they’re more vulnerable to commercial fishing.

Hammerschlag: What this points to is these marine protected areas need to consider current but also future changes in species distribution due to ocean warming. And they have to be adaptive and work with not only having marine protected areas, but also other protections, such as catch limits and other types of more traditional species conservation and management tools, in addition to protecting places.

Intagliata: Now, if you don’t find the ecological argument convincing—Hammerschlag pointed out one more implication. Although shark bites are relatively rare, he says, if tiger sharks shift their range—and warmer waters draw more bathers to the ocean—that could up the odds of an unfortunate encounter beneath the waves.