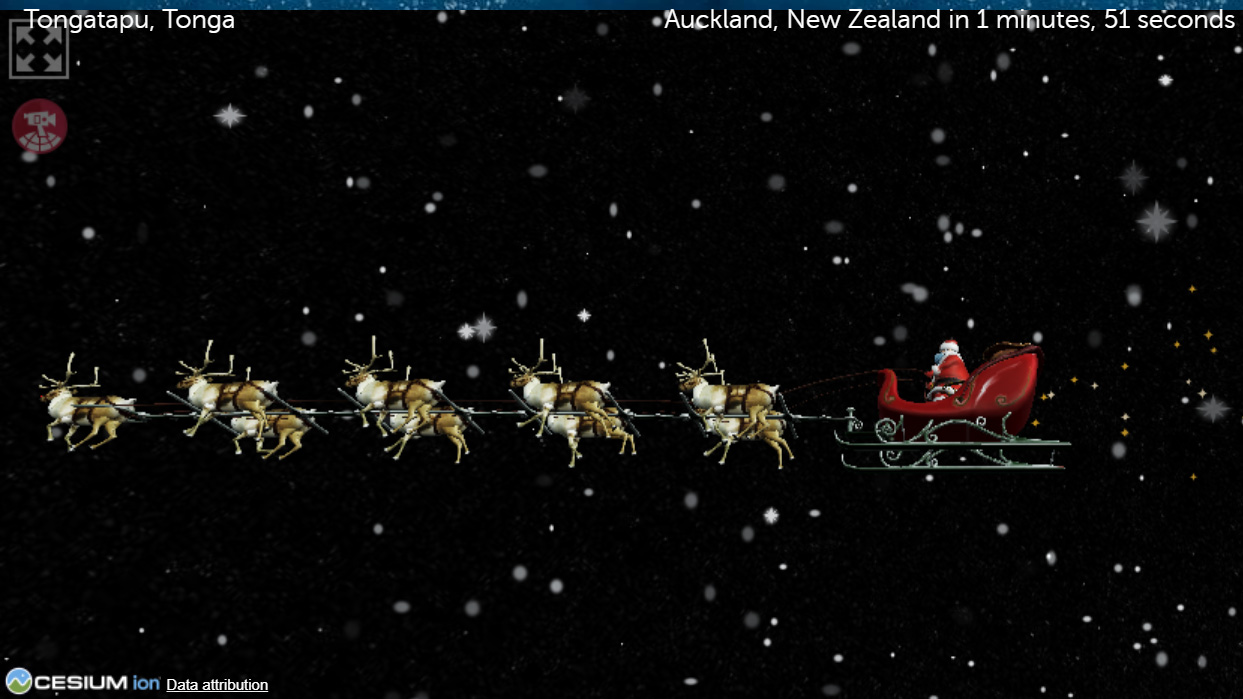 Impatient children can pass time waiting for their Christmas presents by tracking Santa as he proceeds with his annual deliveries across the globe in a simulation by the North American Aerospace Defense Command (NORAD).

It has already become a tradition for NORAD, in cooperation with private companies Analytical Graphics (AGI) and Cesium, to follow Santa on this important mission.

Last year, NORAD presented a video of Santa’s visit to the International Space Station, for which he had received an official permission from the U.S. Federal Aviation Administration.

This year’s journey will commence on Dec. 24 at 4 a.m. (EST), and will take Father Christmas westwards from the International Date Line in the Pacific Ocean over Australia, Asia, Europe and finally to the Americas. Along his route, Santa will pass famous landmarks including the Great Wall of China, the Eiffel Tower and the Statue of Liberty, AGI said in an emailed statement.

Related: The first Christmas in space: an Apollo 8 holiday history

During this journey, Santa will for the first time be seen visiting cities including Seattle, Dubai and Rio de Janeiro.

But this year, it’s not just the gift-delivering trip that people from across the world can witness. NORAD and AGI also let the audience take part in Santa’s pre-Christmas preparations.

Safety is paramount for the successful completion of Santa’s annual mission and there are many dangers he has to avoid on the way. For example, snow storms. In one of the videos, children can learn how Santa maneuvers his sleigh in white weather or how he determines how many reindeer he needs to make the trip as energy efficient as possible.

There are also new challenges that Santa didn’t need to deal with only a few decades ago. Such as space debris. As orbits around Earth become more and more cluttered with defunct satellites and fragments spawn in explosions and collisions, Santa needs to watch out for this unexpected traffic.

Although a guardian of a tradition, Santa keeps track of new technologies. His new sleigh is more aerodynamic and for the future, he is considering replacing the reindeer with a new flying machine that would enable him to speed up the deliveries.

You can follow Santa’s journey here and learn more about the engineering that makes his trip safe and efficient here. You will notice that Santa is really Covid-conscious and travels with a face mask to protect himself and others.